In a statement posted to the court’s website Tuesday, Krot apologized for her behavior during Chowdhury’s hearing.

“I made a mistake. I acted intemperately. I’m very embarrassed that I did so,” she said in the statement. “I apologize to the person who appeared before me and to our entire community for having failed to meet the high standards that we expect of our judicial officers, and that I expect of myself.”

Additionally, she noted that she self-reported her behavior to the Michigan Judicial Tenure Commission.

A petition has been signed by over 211,000 people to remove a Michigan judge who chastised a cancer patient, Burhan Chowdhury, over his unkept lawn. The court exchange video of the judge surfaced on social media and left many angry over Krot’s words towards an elderly cancer patient.

In the video, 72-year-old Chowdhury, who has been battling cancer for more than three years, can be seen struggling to breathe. As he explains to the judge that he was “very weak” and unable to groom the grass that had overtaken his property over the summer, she proceeds to yell and threaten him.

“You should be ashamed of yourself,” Krot can be heard saying to Chowdhury in the viral video. “If I could give you jail time on this, I would.”

The video quickly went viral with concerns on how Krot treated Chowdhury, who was clearly distressed during the ordeal. Krot referenced concerns from neighbors and dismissed Chowdhury’s pleas that he was helpless at the time.

“The way she said that my father should serve jail time for this thing really bugged me,” Chowdhury’s son, Shibbir Chowdhury, told The Washington Post. “I was really shocked by it. I didn’t expect her to yell at us in this kind of a situation.”

The family faced challenges in maintaining the yard when Shibbir, who usually helped with cleaning it, traveled to Bangladesh for three months last year, The Washington Post reported. Although the family had cleaned up the property area upon his return, Chowdhury was required to make a court appearance to see whether he would have to pay a fine.

Legislators across the country spoke up in regards to the incident, including local officials.  Michigan Rep. Abraham Aiyash condemned Krot’s behavior as an elected official, at the Hamtramck City Council on Jan.11.

Rep. Aiyash, who will be filling a complaint, was interrupted by cheers from the audience as he “echoed the sentiments of residents in Hamtramck” according to the Detroit Free Press.

“What’s shameful is her complete disregard for his conditions. Completely unacceptable,” an Instagram commenter wrote.

Judge Krot was first appointed to the Hamtramck 31st District Court in 2016 by then-Governor Rick Snyder. Krot was reelected in 2020 after running unopposed. 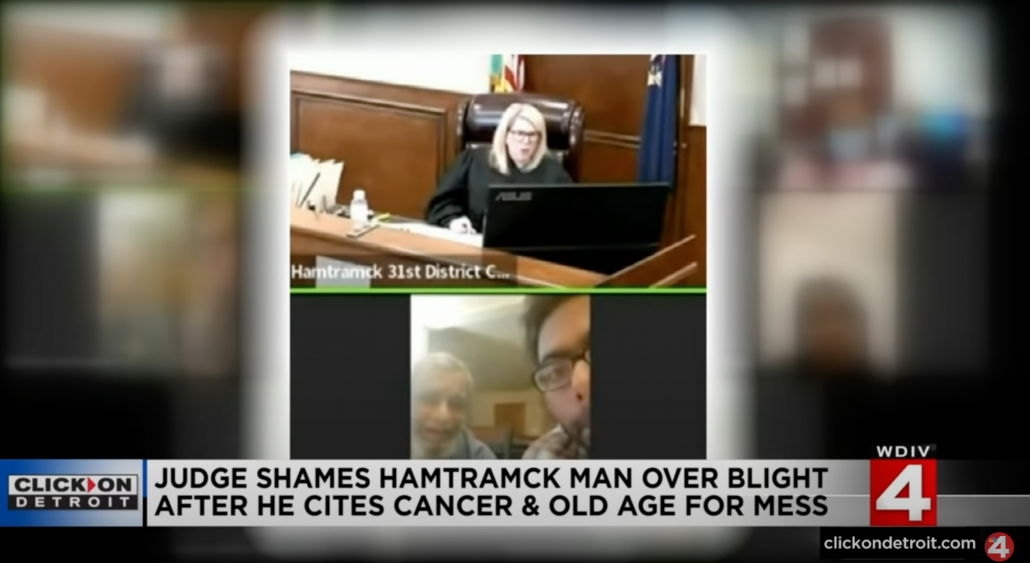 Michael Moore: How I Became Anti-War

Life in the Persian Gulf