Presumptive Democratic nominee Joe Biden addressed the country’s largest Muslim American PAC, Emgage Action, on Monday during the organization’s annual Million Muslim Votes Summit. The summit aims to motivate Muslim Americans to increase voter turnout in November. Biden spoke to the group as the first Democratic candidate to directly appeal to a large Muslim audience, organizers for the event told NPR. At least 3,000 people RSVP’d for the live-streamed event, Emgage Action said. As The Washington Post notes, in the past candidates have been “cautious” in conducting direct outreach to the Muslim community. Both former President Barack Obama and 2016 Democratic nominee Hillary Clinton did not attend any Emgage Action events.

During the summit, Biden vowed to end the Trump administration’s “vile Muslim ban” on his first day in office in addition to addressing issues of Islamophobia through hate crimes legislation like the Jabara-Heyer No Hate Act and the End Racial and Religious Profiling Act. “Donald Trump has fanned the flames of hate in this country across the board through his words, his policies, his appointments, his deeds and he continues to fan those flames,” Biden said. “Under this administration, we’ve seen an unconscionable rise in Islamophobia.”

He added that the Trump administration has targeted both Black and brown communities and urged Muslim Americans to join Biden “in the fight to rip this poison from the government root and stem.” Biden appealed to the Muslim American community by noting that he did not want to just earn votes because of Trump’s lack of leadership, but because Biden wants to “work in partnership” with the community to uplift voices and “rebuild” the nation. “Muslim American voices matter to our communities, to our country,” Biden said. “But we all know that your voice hasn’t always gotten recognized or represented.”

Prior to the summit, Emgage Action organized a letter for Muslim American elected officials to formally endorse their support for Biden. Among those who signed were Minnesota Rep. Ilhan Omar, Minnesota Attorney General Keith Ellison, and Indiana Rep. Andre Carson. “Our number one goal is to remove Donald Trump from office and to replace him with someone who can begin to heal our nation,” the letter, obtained by the Associated Press, said. “A Biden administration will move the nation forward on many of the issues we care about,” it continued, referring to issues of racial injustice and immigration, among others.

Following Democratic presidential candidate Bernie Sanders’ announcement of the end of his campaign, the organization announced its support for Biden in April. Muslim Americans widely supported Sanders for his consistent engagement with the community. Last year, Biden was criticized for his absence at the national Islamic Society of North America (ICNA) convention, which was attended by Sanders and then-Democratic presidential candidate Julian Castro.

Speaking on Islamophobia, Biden noted the importance of education, stating that he wished the Islamic faith was taught more often in schools. He did not mention terrorism or Islamic extremism as Trump has done in statements to Muslim communities. In an attempt to wish Muslim Americans a happy Ramadan during his first year in office, Trump defaulted to talking about terrorism, highlighting his xenophobic mentality.

While in the past Biden has been criticized by Muslims for his lack of support and for hiring an outreach coordinator who openly supports Islamophobic leaders, during the summit he focused on positive contributions made by Muslim Americans and said he would prioritize humanitarian crises in Syria, Yemen, and Gaza—all Muslim majority areas. To show his commitment to the Muslim community, Biden even hired new staff to address the issue of staffer Amit Jani’s known support for Narendra Modi, including hiring a Muslim American, Farooq Mitha, as senior advisor for Muslim engagement.

Mitha told the Associated Press that outreach to Muslim American voters is a priority for Biden and referred to his own appointment as an example. “A Biden presidency offers Muslims an opportunity to be engaged with government, rather than being shut out like many other groups that have been alienated and demonized by the Trump administration,” he told the Associated Press. “Muslim communities can have an outsized impact in many states and we are working every day to earn their support.”

Emgage Action has a number of chapters across the country, including in swing states. Muslim elected officials and activists from across the country spoke on the importance of voting and representation of the Muslim community in the political sphere. “Emgage Action’s Million Muslim Votes Summit was a great event attended by thousands of people across country, Vice President Biden’s participation was historic and set a new tone for how Democrats engage with Muslim communities for years to come,” Mitha said in an emailed statement to Daily Kos.

Watch part of Biden’s speech below: 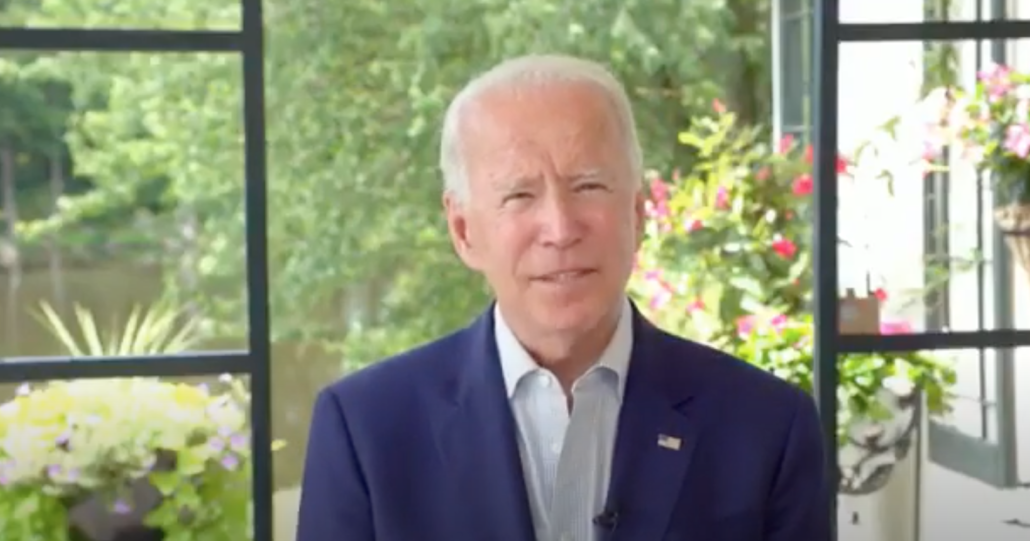 © 2020 MuslimObserver.com, All Rights Reserved
The US Presidential Election: The Battleground States