Followers and members of PPP (Pakistan Peoples Party) will tell you that the Bhutto name will never die; It lives on. They live in the hearts, minds, and souls of the public. The Dynasty is celebrated and loved by millions in the country; however, death and destruction have followed this family. The Bhuttos are an aristocratic family of Pakistan, belonging to the Province of Sindh. They are deeply rooted landlords in the Province of Sindh.

On December 27th, 2022, Pakistan celebrated the most prominent and tragic death in the Bhutto family since the end of Zulfiqar Ali Bhutto himself. That of his daughter, Benazir Bhutto. She was assassinated when an unknown man fired gunshots and blew himself up after an election rally in Rawalpindi on December 27th, 2007. The attack also killed 28 others and wounded over 100 people.

Benazir Bhutto has been an essential figure in the history of Pakistani politics.  Bhutto didn’t just hold the title of the first female prime minister of Pakistan. She also led the first civilian leadership since the dismantling of her father’s government in 1977. She was also the youngest PM at the time. Of course, there are different accounts of how this was accomplished and how fair the elections were. Being a part of such an influential family with money and connections, were fair and free elections even possible? Some argue that her father was executed on murder charges, so how much could this family be trusted? The others believed that, on the surface, the country was moving in the right direction. Change happens in small steps. Other options weren’t any better morally or ethically. No party was proving to be solid. What she accomplished in that environment of hostility against the Bhutto family and an aversion to change was no small feat.

Her father convinced Bhutto to pursue another undergraduate degree in Philosophy, Politics, and Economics from Lady Margaret Hall, the University of Oxford in England. At her father’s insistence, Benazir Bhutto studied at St. Catherine’s College, Oxford, to receive her postgraduate degree in international law and diplomacy.

While receiving her education, she accompanied her father on all his political and diplomatic missions. She would turn heads with her intelligence and confidence at such a young age. At the same time, one of her schoolmates described her as the “epitome of the classic spoilt rich girl from a third-world country.” This, of course, was to be expected from the family she came from and the careless abandoned her father showered her with, knowing that if anyone in his immediate family were to carry his name and legacy, it would be her.

Benazir Bhutto returned to Pakistan In 1977, eager to start a career in politics. However, soon after her return, she, along with her family, was placed under house arrest following a military coup led by General Mohammad Zia ul-Haq, which overthrew her father’s government.  Zulfikar Ali Bhutto was executed on April 4th, 1979, on murder and corruption charges. His death is also commemorated by a public holiday in Sindh.

After his death, Benazir Bhutto became the leader of the PPP. The Bhutto family left Pakistan right after the execution of Zulfiqar Bhutto. The whole Bhutto family stayed in self-exile until General Zia Ul Haq’s dictatorship ended when he was killed in a plane crash in 1988.

This ended the Bhutto family’s exile. In the coming elections, she fought on the same platform as her father and reminded the public that he was the last proper leader of Pakistan.  Whether the charges against him were accurate or not was irrelevant at the time of the campaign. The Pakistani public had gone through a challenging decade or so of extreme martial law, so they responded very well to her, and she was elected as the prime minister of Pakistan.

Trouble followed soon after. Benazir Bhutto had inherited a volatile and disturbed nation. The public had put too much faith in one party and a family, possibly looking out for their own people’s interests before the whole country. The family was shrouded in rumors and conspiracies.  To save her government, she formed alliances of convenience with independent parliamentarians from her home province of Sindh. This helped her gain more support within the region for a while. However, it is hard for these kinds of coalitions to last for too long because of ethnic tensions and land ownership disputes. Her relationship with the military was strained from the start. The military has always played an influential role in Pakistani politics. By 1990 the President of Pakistan decided to dismantle her government on corruption charges. New elections took place, and PML-N (Pakistan Muslim League- N) leader Nawaz Sharif was elected prime minister.

In the next elections held in October 1993, PPP won a plurality of votes and beat PML-N in every province—including Sharif’s home province of Punjab. In her second term, Bhutto made headway in Pakistan’s international relations, attracted foreign investment toward the country, and started many social welfare programs. Bhutto encouraged NGOs to pay attention to the humanitarian issues facing the people, especially women of the country.

However, her family seemed to lose the public’s confidence over time which made it difficult for her to do her job as best as she could. Benazir Bhutto’s husband, Asif Ali Zardari, came from a long line of landlords and is part of the untouchable families of Sindh, Pakistan. It didn’t help that the scandals and accusations made against him were also affecting the public image of the Bhutto family and how the government was being run. The public was concerned about Zardari’s involvement in the government. Which eventually came to be true.

In all honesty, everyone was very well aware that this was a marriage of convenience and necessity. The Bhutto-Zardari marriage took place in 1997, a year before her first campaign. It would have been impossible for a single woman to run and win an election in Pakistan. Also, having a strong family backing her in this endeavor could only help, or so she thought. On a side note, she also knew that her loyal fans would want the Bhutto line to continue, and she would be responsible for it. That is precisely what has come to pass. Benazir Bhutto’s son Bilawal Bhutto has been the party’s new face since her mother’s passing.

Once again, her government was dismantled by the president in 1996 because of corruption and murder accusations. She went into self-exile once again, only to return in 2007. She started her campaign once again to run for the 2008 election. This time her platform was to eliminate anti-Islamist terrorism and the growing threat of the Pakistani Taliban. Assessing the situation in Pakistan’s neighboring countries at that time and the constant danger in those days, it would seem purely logical and understandable why a person like Benazir Bhutto and a party like PPP would pick this as one of their main issues.

However, it feels as though Bhutto’s miscalculations were that she didn’t understand the real people of the country. Her relationship with the country was not as deeply rooted. She grew up in foreign countries and relied on her educated guesses and her team to prepare her campaign. She only came and presented herself when she had the drive to run and had to sit in office. She may have been a good leader when she was present but living among the people you are trying to lead is a vital part of leadership. Understanding is not built by reading and observing from afar; it’s produced by experience.

The reason Zulfiqar Ali Bhutto was so successful at what he did and was able to mobilize his people so effectively was that he became one of them. If you go back and analyze Benazir’s campaigns, it’s evident that she runs them in her father’s name and for his glory. Still, whether you agree or disagree with her politics, she was an essential part of our country’s progress, and that will never stop being true. Every soul serves a purpose. I’m sure she carried out hers as well. 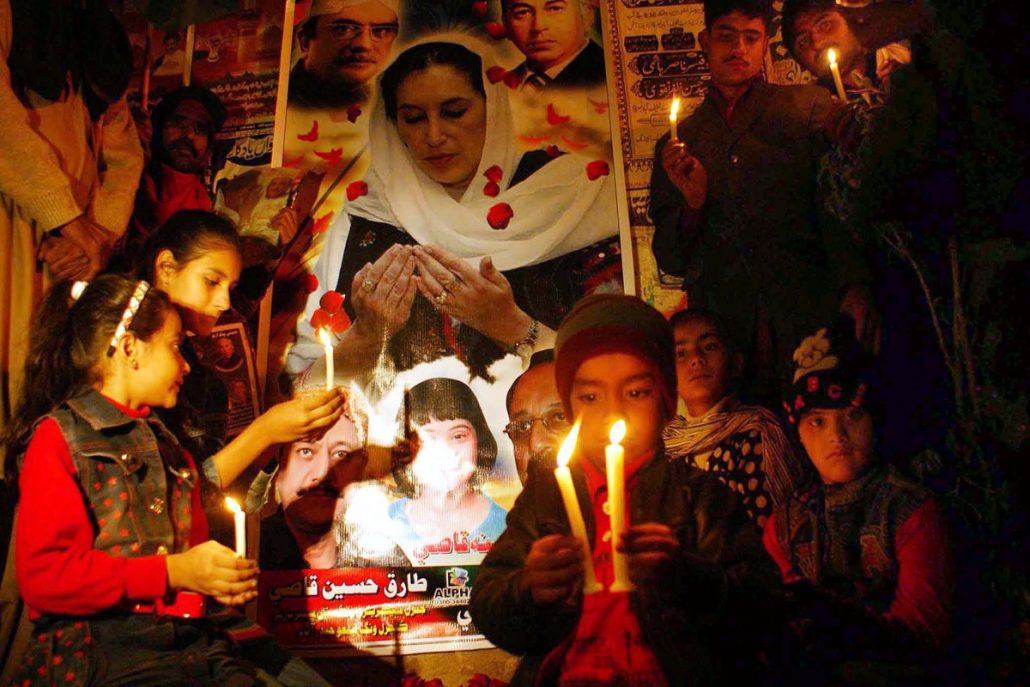 Fulfilling Our Destiny is Like Surfing the Waves
By Karin Friedemann, TMO Every living thing has an ideal destiny, because God created us to grow, learn, enjoy life,…

Malala Yousafzai : an Inspiration for My Daughters and Women All over the World