Attacks on black churches are an attack on all of us

I risk exposing a terrible naiveté by expressing my utter shock at the recent rash of African-American church burnings. Although it has not been confirmed that all were a result of arson, it still sent chills down my spine. I know that there has been a very long history of attacks against African-American churches in America. Still, if even one was intentionally set, I can’t believe something like this can still happen in 2015. I thought we were behind such racist terror in America. Sadly, it is quite apparent that we are not.

Being a member of a distinct minority, American Muslims, it is quite easy to get caught up in a silo of thinking. Quite naturally, news of attacks on mosques and the rash of “anti-Sharia” laws makes it easy to think that it is only mosques that are being attacked in America today; that it is only American Muslims who having their religious freedom attacked. The massacre in Charleston and the subsequent church burnings show quite the contrary.

The same goes for any other house of worship, no matter the faith. In the face of such hate, the American Muslim community must not sit back. We must stand together with our African-American Christian brothers and sisters in solidarity and support.

Doing so is part of our faith. The Qur’an says:

“Behold, God enjoins justice, and the doing of good, and generosity towards [one’s] fellow humanity; and He forbids all that is shameful and all that runs counter to reason, as well as envy; [and] He exhorts you [repeatedly] so that you might bear [all this] in mind.” (16:90)

Now, while I would not ever advocate violence in responding to attacks on churches or mosques, the Qur’an does state that one reason for armed conflict is the protection of houses of worship:

“For, if God had not enabled people to defend themselves against one another, [all] monasteries and churches and synagogues and mosques – in [all of] which God’s name is abundantly extolled – would surely have been destroyed [before now].” (22:40)

And when Muslims stand up against the burning of churches, not only do they fulfill their requirements as believers in Islam and citizens of decency, but it can go a long way to strengthen the ties between the African-American and American Muslim communities. Both can learn much from the other; both can draw on each other’s experiences and, together, they can be a force for a tremendous amount of good in our country.

While I hate to admit it, the satanic scourge of racism will likely never go away completely. But their hate is not more powerful than God’s love. Their hate cannot make us – the vast majority of us – fall into despair. Whenever the ugly face of hate rears itself, people of faith and decency should always respond and show the world that love is more powerful, that love will win out every time. And when that hate manifests itself as a church on fire, American Muslims must be there to not only put out the flames, but then pray, hand in hand with their Christian brothers and sisters, that the church rises again. 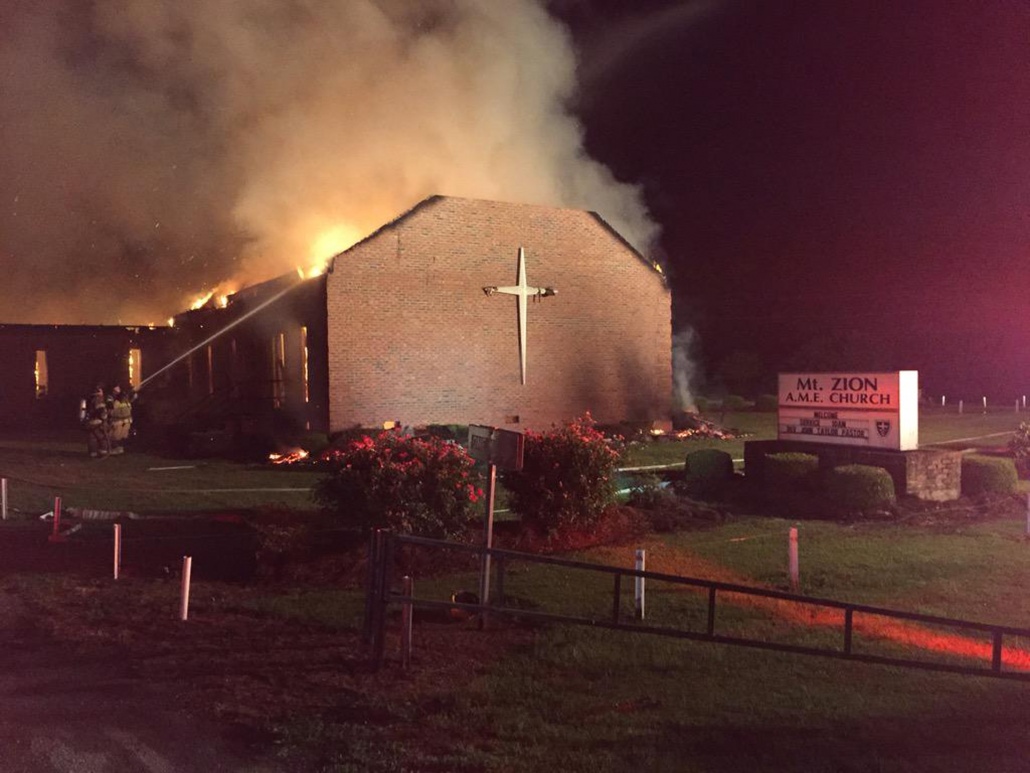 A Case for the Bivocational Imam
Scroll to top