All too often, we hear the standard gripe of juvenilia as teenagers spend too much time on their phones and not enough quality time. Yet, hearing about wonderful achievements of the youth, especially within the Islamic world, a sense of pride swells. 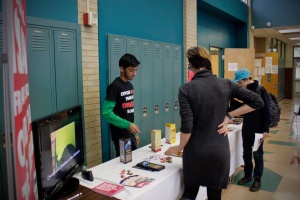 Haidri standing in front of his booth with interested students

One such person is Mehdi Haidri, a senior at Washtenaw International High School. Like any twelfth grader, he is busy preparing for tests and submitting college applications. Yet, even with his workload and hectic schedule, he is “open to anything as long as [he] can make a positive change in the world.”

It’s no wonder that Haidri is trying to spread the normal, mainstream teachings of Islam that most modern day Muslims practice in his community to teach his fellow students and start a dialogue. He felt that though Islamophobia isn’t common in his school and community, it is still necessary to educate others on what mainstream Islam looks like. In one recent attempt, Haidri tabled about Islamophobia at his high school.

“There are people that just don’t understand … not that they avoid learning and exploring new things. I see that sometimes my non-Muslim peers may not fully understand Islam. I wanted this tabling event to be an easy way for them to get the information they would otherwise not be able to seek out for themselves. This way they would be able to differentiate between the Islam portrayed by extremists in the media with the real Islam,” Haidri said in an email. 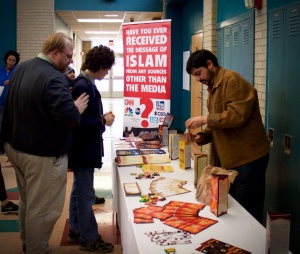 Syed Naqi helping to set up the booth

Together with the Pan-African Student Union at his high school, Haidri and his fellow students want to educate people on real issues like racism, bigotry, and the civil rights movement by creating a social justice conference very soon.

To Haidri, “the best way to fight Islamophobia is with education.”

Thus, he believes that holding Islamic awareness tabling events and having social justice conferences are a fun and interesting mode of teaching friends and strangers alike.

The Muslim Observer and other national outlets might be hearing more from young Haidri, because he’s already done all kinds of Islamic activism, including writing a research paper about women’s rights in Islam. For the future, he’s planning on doing more tabling events and even spreading the idea of conducting a social justice conference at other schools, while pursuing a career in the field of medicine.

The world is to expect big things from Haidri and other young Muslims in the coming years. After all, they’re the future of Muslims in America and they are the leaders of tomorrow of Islam in this nation. 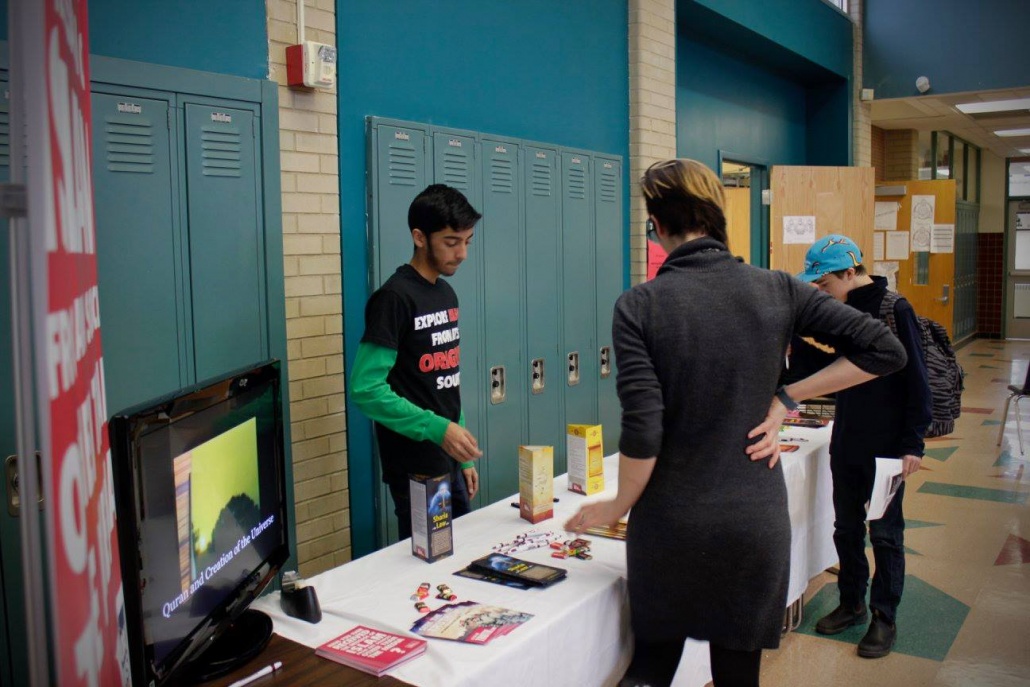 Why We Were Falsely Arrested

Street Workers of the Gulf