In a weird turn of events, Enrique Tarrio, a chairman for the extremist organization Proud Boys, who organized a massive event in Portland, Oregon, last year, has a past as an informer for federal and local law enforcement, Reuters reported. A federal court proceeding transcript from 2014, obtained by the outlet, found that Tarrio had been working undercover for investigators since his arrest in 2012.

During the Miami hearing, a federal prosecutor, a Federal Bureau of Investigation (FBI) agent, and Tarrio’s lawyer detailed Tarrio’s undercover work and claimed he had helped authorities prosecute at least 13 people in multiple cases involving drugs, gambling, and human smuggling.

However, in an interview with Reuters on Tuesday, Tarrio denied working undercover and providing information on others. “I don’t know any of this,” he said, referring to what was shared in the transcript. “I don’t recall any of this.”

According to the transcript, both the prosecutor and Tarrio’s defense attorney requested a reduction in Tarrio’s prison statement due to his involvement as an informant. While Tarrio acknowledged the reduction in his sentence from 30 months to 16 months, he insisted it was made because he and his co-defendants cleared up questions about their own case.

In regards to a smuggling case, Jeffrey Feiler, Tarrio’s attorney, said that Tarrio, “at his own risk, in an undercover role met and negotiated to pay $11,000 to members of that ring to bring in fictitious family members of his from another country. ”

Oddly enough, not only do the court transcripts contradict Tarrio’s denial, but so do statements from the federal prosecutor.

“He cooperated with local and federal law enforcement, to aid in the prosecution of those running other, separate criminal enterprises, ranging from running marijuana grow houses in Miami to operating pharmaceutical fraud schemes,” prosecutor Vanessa Singh Johannes confirmed to Reuters.

Tarrio gained public attention after becoming the national chairman for the Proud Boys in 2018. The group began gaining further national attention after Donald Trump mentioned the hate group during a presidential debate. Instead of denouncing white supremacy as he was asked to do, Trump gave the group orders: “Proud Boys: Stand back and stand by,” he said. “But I’ll tell you what, somebody’s got to do something about antifa and the left because this is not a right-wing problem, this is a left-wing [problem].”

As a violent Trump supporter, Tarrio organized protests and other events and encouraged a “war” after Trump lost the election last year. While he was arrested on Jan. 4, two days before the Capitol riot on Jan. 6, by Washington police, at least five Proud Boys members were charged in the riot. Tarrio was charged with possessing two high-capacity rifle magazines and burning a Black Lives Matter banner during a protest in December. It’s interesting how convenient it was that he was arrested before other serious crimes took place. While there is no evidence that he has cooperated with federal authorities since his Miami hearing, the timing of his arrest makes one wonder if he was still working with the FBI.

Additionally, the documents discovered by Reuters shed light on the fact that the leader of the Proud Boys group has repeatedly said in interviews he would never let police know of Proud Boys’ plans, but he may have been collaborating with criminal investigators on multiple occasions in the past.

“Well if you’re in the Proud Boys, you’ve gotta be pretty nervous,” said Kendall Coffey, former U.S. attorney for the Southern District of Florida, according to NBC News. “Because if this person was working as a confidential informant, almost like an undercover agent or secret agent, you are wondering, ‘What is it that he could be saying about us some day?'”

If he was, there is no doubt that Tarrio has now denied helping law enforcement out of fear of backlash.

In a statement to Reuters, Johannes noted that she was surprised to see that the defendant, who she prosecuted in the past, has been a key contributor to violent political movements. “I knew that he was a fraudster, but had no reason to know that he was also a domestic terrorist,” she said.

Officials are still in the process of investigating the role extremist groups like the Proud Boys played in the insurrection of the Capitol. While Tarrio wasn’t present during the incident, he did make a trip to Washington, D.C. days prior. Who knows what his plans were then. Even if he did help investigators in the past, that does not dismiss the actions he has carried out or encouraged in these last few years.

So far, at least 150 people have been charged in association with the crimes committed at the Capitol at the start of this month. Despite what charges the rioters who invaded the Capitol on Jan. 6 face, the conspiracy theories, groups, and ideology they followed still remain. Until those factors are addressed, violence of this nature will continue. 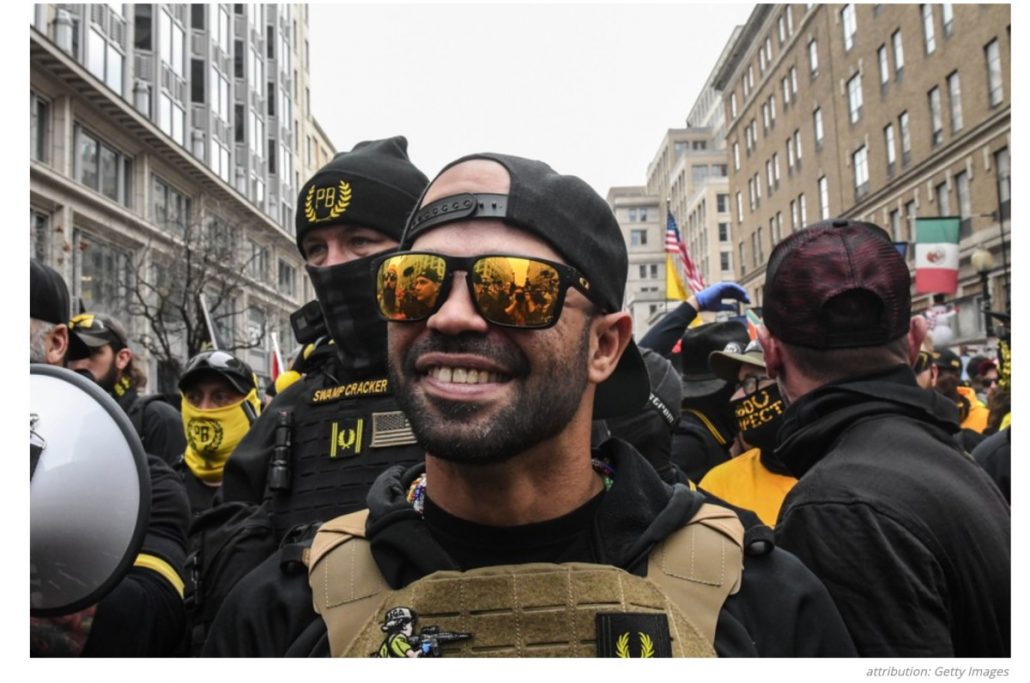 Stage Set For India To Have First Woman President

ISPU Fundraiser
By Adil James, MMNS ISPU (the Institute for Social Policy and Understanding) has become one of the premium organizations in…

© 2020 MuslimObserver.com, All Rights Reserved
Chief Federal Judge in DC Keeps Man Who was in Pelosi’s Office in Jai...