Despite how progressive things may seem, “flying while Muslim” remains the same: often an unpleasant experience. In a recent incident, a Muslim woman who disposed of a dirty diaper in a garbage bin on a Mesa Airlines flight said an attendant not only called her after the flight but harassed her and said she had been placed on a no-fly list.

According to NBC News, Farah Naz Khan, a doctor from Seattle, was flying to Montana from Texas with her husband and daughter on July 9 when she had to change her daughter’s diaper halfway through the flight. Khan said she had just changed her daughter’s diaper at a diaper-changing station at the back of the plane and placed the soiled diaper in a bag and then in a garbage bin before returning to her seat when a flight attendant asked her if she has just disposed of a diaper.

According to Khan, the attendant not only said it was a “biohazard,” but yelled at her and told her to fish the diaper out of the trash.

“When I walked back to the front holding my diaper wipes container and, like, the pad that we used to change my daughter’s diaper on, the flight attendant accosted me and said: ‘Did you just dispose of a diaper back there? That’s a biohazard.’” The attendant allegedly didn’t let Khan speak, choosing instead to only yell at her.

After feeling humiliated for going through the trash, Khan asked another flight attendant for a garbage bag to put the diaper in—that’s when the second attendant told her she had not done anything wrong in the first place when disposing of the diaper the way she did.

According to NBC News, Khan filed a customer service incident report when the plane landed, but that wasn’t the end of it. Hours after the plane landed, Khan got a call from an unidentified number on her phone—it was the flight attendant. It was alarming that the flight attendant called her personal number, but then he called not once but four times.

“He said, ‘Due to a biohazard incident on the plane today, we’ve placed you on the no-fly list,'” Khan told NBC News.

“This made me very angry, because I suffered the humiliating experience,” she said. She added that the call lasted almost four minutes and was “just profanities.”

“You people bring your children everywhere. Don’t you know that some people just want a peaceful flight and don’t want to listen to your effing children?” The flight allegedly said according to Khan. Khan posted the incident on Twitter using the hashtag #racism.

Khan, who identifies herself as a South Asian Muslim American, told NBC News she was unsure what the attendant meant by “you people,” but knew it was derogatory. The flight attendant even had the audacity to call her daughter “obnoxious.”

“It sounds completely unbelievable because no one believes that someone would do this over a diaper. My husband tried to reason with him but he kept going. We tolerated almost four minutes of verbal abuse. I took the phone back and hung up on him,” Khan told The Houston Chronicle.

“I’m a Brown woman. I’m a woman with a family, my husband has a beard and his name is Muhammad. Did he see that and equate it with him being Muslim?”

While Khan didn’t believe she was actually placed on a no-fly list, the experience itself was disturbing. She told NBC News that she has been contacted by United Airlines by Monday afternoon about the incident. United Airlines contracts with Mesa, the airline she flew, for some regional flights. While United wouldn’t tell her the flight attendant’s identity, how he’d gotten her phone number, or whether he’d been disciplined over the incident, it said it would investigate the incident.  No one from United offered her or her family an apology.

“It violates every level of professionalism, but it’s also a violation of this woman’s privacy and her civil rights,” said Imraan Siddiqi, the executive director for the Washington State chapter of the Council on American-Islamic Relations.

Following the incident, Khan is considering suing to keep her family safe. “I’m legitimately worried about this person,” she said. “Over a diaper if he’s able to call me and say those things, what else could he be capable of?”

While United confirmed that Khan has not been put on any list, Khan, who described herself and her family as “pretty avid travelers,” said she never wants to fly United again. She added that she has never had an issue disposing of dirty diapers on flights in the past.

The federal No Fly List is different from those implemented by independent airlines. According  to TSA spokesperson Patricia Mancha, the list is determined by the FBI and shared with TSA, which simply follows the list during airport screening operations.

“The airlines have their own no-fly list and they determine who is put on that, based on passenger actions,” Mancha told the Chronicle in an email. 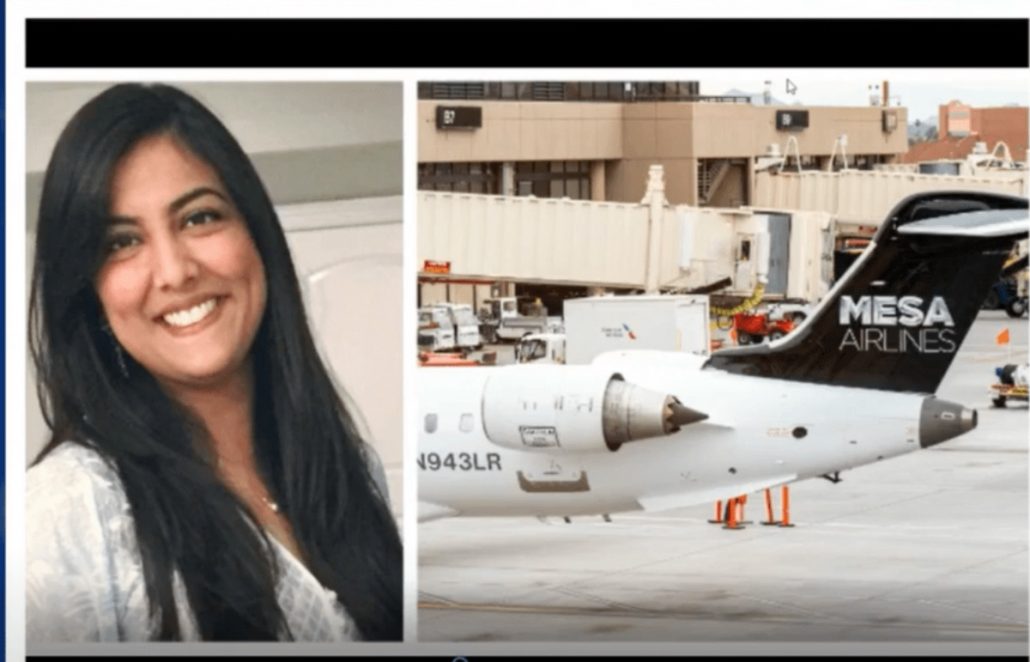