Egypt and Pakistan have political similarities. Both have powerful and predatory armies, are heavily militarized and suffer from a weak civil society that does not understand that political liberalization will never occur unless the democratic process â€” electoral competition, independent oversight, judicial independence â€” is strengthened.

In both countries, the military and its intelligence apparatus have penetrated most major institutions of society, including political parties.

In Egypt, the military reportedly controls as much as 40 percent of the economy. Its thriving business empire includes interests in tourism, real estate, construction, consumer goods and much more. Army ownership of business enterprises are prevalent in Pakistan and Turkey as well.

In Pakistan the military is a major player in real estate. Major land scandals, involving senior generals and their families, have come to light, but have been brushed under the carpet. For example, the countryâ€™s main anti-corruption agency, the National Accountability Bureau, has been stymied in examining the railways department and a military logistics and supply company, reportedly because of intervention by senior army officers.

The disconnect between the military and the global capitalism economy is so severe that military commanders often fail to perceive how their actions undermine growth and development.

In Pakistanâ€™s case, four challenges to the militaryâ€™s power have been attempted. The first took place after the armyâ€™s crushing defeat in the 1971 war with India that led to the creation of Bangladesh (formerly East Pakistan). Attempts by Pakistanâ€™s first popularly elected prime minister, Zulfikar Ali Bhutto, to create institutional restraints on the militaryâ€™s power failed because of his propensity to use the defense establishment for political purposes.

The second attempt was undertaken by Mr. Bhuttoâ€™s daughter Benazir, who served as prime minister twice, from 1988 to 1990 and from 1993 to 1996. Each time, her efforts to build consensus on security issues and cooperate with the army failed, and she was removed on accusations of corruption. (She was assassinated in 2007, shortly after returning from exile amid promises of amnesty.)

Nawaz Sharif, the current prime minister, is in the job for the third time. He served between Ms. Bhuttoâ€™s two terms, and again from 1997 to 1999. Each time he tried to weaken the armed forcesâ€™ power by co-opting a few leading officers. But after he removed one too many army chiefs, a coup led by Gen. Pervez Musharraf brought down his government in 1999. Mr. Sharifreturned to power last month â€” the first peaceful transition between two democratically elected civilian governments in the nearly 66 years since independence. His approach to the military this time remains to be seen.

A final effort to rein in the military was attempted by Ms. Bhuttoâ€™s widower, Asif Ali Zardari, Pakistanâ€™s president since 2008. But his once-powerful post is now largely ceremonial, and his Pakistan Peoples Party lost elections last year to Mr. Sharifâ€™s Pakistan Muslim League-N party. It is only by acquiescing to the military that Mr. Zardari has been able to serve out his five-year term, which many misguided Pakistanis have applauded as a resounding democratic success. But Mr. Zardari only lasted because he was unwilling to follow the same route as his deceased wife and father-in-law. The problem with Mr. Zardariâ€™s strategy is that while it can buy longevity of government, it does not challenge the established order.

It hasnâ€™t even been that successful: The generals havenâ€™t ceased accusing him of wild conspiracies, most recently in 2011-12, when Mr. Zardariâ€™s ambassador to the United States, Husain Haqqani, was accused of seeking American intervention to weaken the Pakistani military. (Forced from his diplomatic post, Mr. Haqqani now teaches at Boston University.)

Pakistanâ€™s history suggests that Egyptâ€™s deposed president, Mr. Morsi, should have first created broad support for civilian rule by improving governance and economic performance before dismissing his defense minister, the militaryâ€™s chief of staff and other senior officers last year. It is ironic that his choice as defense minister, Gen. Abdul-Fattah el-Sisi, ended up helping to spearhead the July 3 coup.

The political scientists Douglass C. North, John Joseph Wallis and Barry R. Weingast, authors of â€œViolence and Social Orders,â€ would likely classify Egypt as a â€œfragile natural state,â€ one in which elite groups are unable to arrive at a consensus other than mutually advantageous self-serving behavior. As a result, violence and chaos ensue because elite groups compete for individual control and profit maximization rather than compromise in the public interest.

In societies like Pakistan and Egypt, the military is the stateâ€™s primary tool for exercising power, so elites must partner with it, or control it, to eke out the benefits of power.

This allows the military to use divide-and-conquer strategies to stymie potential reformers. Liberal, secular protesters who joined with the Islamist Muslim Brotherhood in 2011 to protest President Hosni Mubarak â€” to the point where the army pushed him from power â€” have now turned to the military, this time to oust the Brotherhood.

Military dominance is especially dangerous when it reaches into society, influencing the judiciary, political parties, academia, media and civil society organizations. This has happened in Pakistan as the army has shifted from brute force to soft coercion â€” bribing different constituencies into obedience.

In Egypt, fear of the Muslim Brotherhood â€” by secularists, liberals and religious minorities â€” is already leading many who once condemned the army to accept it as a neutral arbiter. In such an environment, it is unlikely that genuine democratic government will emerge; instead Egypt is likely to experience some form of â€œmilitary-guided democracy,â€ as has happened in Indonesia, Pakistan and other states with powerful generals. The tragedy of this pattern is clear: It allows the military to tame democracy, without being accountable to voters or being responsible for improving governance.

Ayesha Siddiqa, a columnist at The Express Tribune, a Pakistani daily, is the author of â€œMilitary Inc.: Inside Pakistanâ€™s Military Economy.â€ 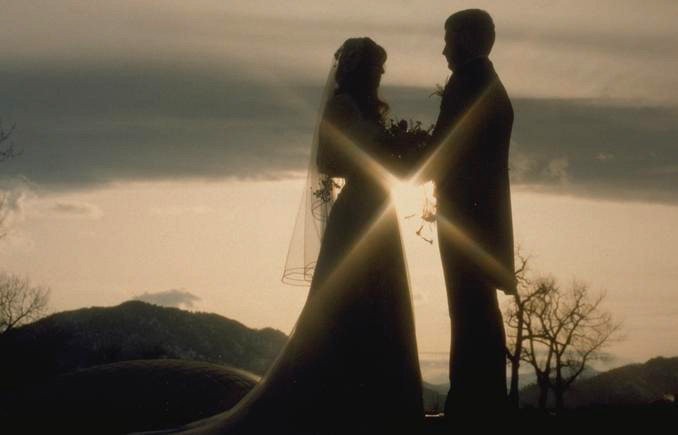 A letter to my children about their future spouses

Itâ€™s Not My Job

Dissent and Defiance in Damascus

More than 100 Killed in West Libya Clashes in a Week

© 2020 MuslimObserver.com, All Rights Reserved
Malala Yousafzai : an Inspiration for My Daughters and Women All over the W... Imagine Just This Once
Scroll to top