Last week in Tennessee, a Republican legislator introduced a bill that would make following Shariâ€™ah — Islamic law — a felony, punishable by up to 15 years in prison. How such a law would be enforced is not clear; furthermore, itâ€™s probably unconstitutional.

It is clear, though, that an anti-Shariâ€™ah movement is growing in the United States. Last year Oklahoma voters approved a measure that bars courts from considering Shariâ€™ah. Similar measures have now been introduced or passed in at least 13 other states. Indeed, anti-Muslim political operatives have been warning of â€œcreeping Shariâ€™ahâ€ and â€œIslamist lawfareâ€ for years, though the anti-Shariâ€™ah efforts have gained new prominence in recent months.

But even basic facts about Shariâ€™ah — what is it? how is it used in American courts? — are hard to come by. So I decided to talk to Abed Awad, a New Jersey-based attorney and an expert on Shariâ€™ah who regularly handles cases that involve Islamic law. He is also a member of the adjunct faculties at Rutgers Law School and Pace Law School. He recently answered my questions via e-mail.
Can you define Shariâ€™ah — is it a specific body of laws?

Shariâ€™ah is more than simply â€œlawâ€ in the prescriptive sense. It is also a methodology through which a jurist engages the religious texts to ascertain divine will. As a jurist-made law, the outcome of this process of ascertaining divine will is called fiqh (positive law), which is the moral and legal anchor of a Muslimâ€™s total existence.

Shariâ€™ah governs every aspect of an observant Muslimâ€™s life. The Shariâ€™ah juristic inquiry begins with the Quran and the Sunna. The Quran is the Muslim Holy Scripture — like the New Testament for Christians or the Old Testament for the Jews. The Sunna is essentially the prophetic example embodied in the sayings and conduct of the Prophet Mohammed (s).
After the two primary sources of Islamic law, the Quran and the Sunna, the two main secondary sources of Islamic law are: (1) ijma (consensus of the scholars and jurists, and sometimes the entire community), and (2) qiyas (reasoning by analogy to one of the higher sources).  Other secondary sources of Islamic law are juristic preference, public interest and custom. Shariâ€™ah is extremely flexible and subject to various interpretations. In the 19th century, Western colonialism decimated the Shariâ€™ah legal system, replacing it with Western codes.

This caused a serious decline in the community of jurists. In addition, there is today a debate that revolves around the failure of the modern jurists — not the system of Shariâ€™ah — to develop the Shariâ€™ah to adapt with the current circumstances of modernity.

How often does Shariâ€™ah come up in U.S. courts? Has there been an uptick recently?

It comes up often because the American-Muslim community is growing. With an estimated 8 million Americans who adhere to Islam, it is only natural to see a rapid increase of Muslim litigants before American courts where Shariâ€™ah may be an issue — especially in family matters.

Can you give a couple examples of when Shariâ€™ah has come up in cases that youâ€™ve handled?

In the past 12 years as an attorney, I have handled many cases with an Islamic law component. U.S. courts are required to regularly interpret and apply foreign law — including Islamic law — to everything from the recognition of foreign divorces and custody decrees to the validity of marriages, the enforcement of money judgments, probating an Islamic will and the damages element in a commercial dispute. Shariâ€™ah is relevant in a U.S. court either as a foreign law or as a source of information to understand the expectations of the parties in a dispute.

Suppose a New York resident wife files for divorce in New York; her husband files for annulment in Egypt claiming the parties were never validly married. A New York judge must determine whether he has jurisdiction and whether state law governs this dispute. If the conflict of laws of New York requires that Egyptian law govern the issue of validity, the court would require expert testimony about Egyptian law that is based on Islamic law.

Another common use of Shariâ€™ah in American courts is in the enforcement of Muslim marriage contracts. Like the majority of Americans, Muslims opt for a religious marriage ceremony. In every Muslim marriage, the parties enter into a Muslim marriage contract. The contract includes a provision called mahr, which is a lump sum payment from the groom to the bride that, unless otherwise agreed, would be due at the time of the husbandâ€™s death or the dissolution of the marriage. An American court would require expert testimony to understand what a mahr is, what a Muslim marriage contract is, and to better understand the expectations of the parties at the time of the contract. All of this would be necessary for the court to determine whether the contract is valid under state law.
Is Shariâ€™ah used in U.S. courts any differently than other foreign or religious systems of law?

No, it is utilized the same way as Jewish law or canon law or any other law.

A lot of critics of Shariâ€™ah have cited a case in New Jersey in which a husband cited Shariâ€™ah to argue that he did not rape his wife. What happened in that case?

The case is S.D. v. M.J.R.  Itâ€™s not about Shariâ€™ah as much as it is about a state court judge who failed to follow New Jersey law. In this case, the plaintiff-wife sought a restraining order against her husband, alleging that his nonconsensual action constituted physical abuse. She testified that her husband told her repeatedly that, according to his religion, she was obligated to submit to his sexual requests.

The trial judge refused to issue the restraining order, finding that the defendant was operating under a religious belief that he was entitled to have marital relations with his wife whenever he wanted. Thus, he did not form the criminal intent to commit domestic violence. But, of course, the appellate court reversed the trial court decision, holding that the defendantâ€™s nonconsensual sexual intercourse with his wife was â€œunquestionably knowing, regardless of his view that his religion permitted him to act as he did.â€ The appellate ruling is consistent with Islamic law, which prohibits spousal abuse, including nonconsensual sexual relations. A minority of Muslims mistakenly believe that a husband can discipline his wife with physical force in the interest of saving the marriage and avoiding divorce.

What about stoning, which critics also claim is part of Shariâ€™ah?

The Quran does not provide for the stoning of adulterers. The punishment prescribed in the Quran is lashing. However, there is a prophetic tradition that adopted the Jewish custom of stoning adulterers. Many people describe the American legal system as having a Judeo-Christian heritage. Does that mean that we will stone adulterers as required in the Bible? No.

What do you make of these state-level efforts to ban consideration of Shariâ€™ah in American courts?

Other than the fact that such bans are unconstitutional — a federal court recently held that a ban would likely violate the Supremacy Clause and the First Amendment — they are a monumental waste of time. Our judges are equipped with the constitutional framework to refuse to recognize a foreign law. In the end, our Constitution is the law of the land.

The only explanation is that they appear to be driven by an agenda infused with hate, ignorance and Islamophobia intent on dehumanizing an entire religious community. That a dozen states are actively moving to adopt anti-Shariâ€™ah laws demonstrates that this is part of a pattern. This is not haphazard. Someone — a group of people — is trying to turn this into a national issue. I believe this will become an election issue. Are you with the Shariâ€™ah or with the U.S. Constitution? It is absurd.

Justin Elliott is a Salon reporter. Reach him by email at jelliott@salon.com and follow him on Twitter @ElliottJustin 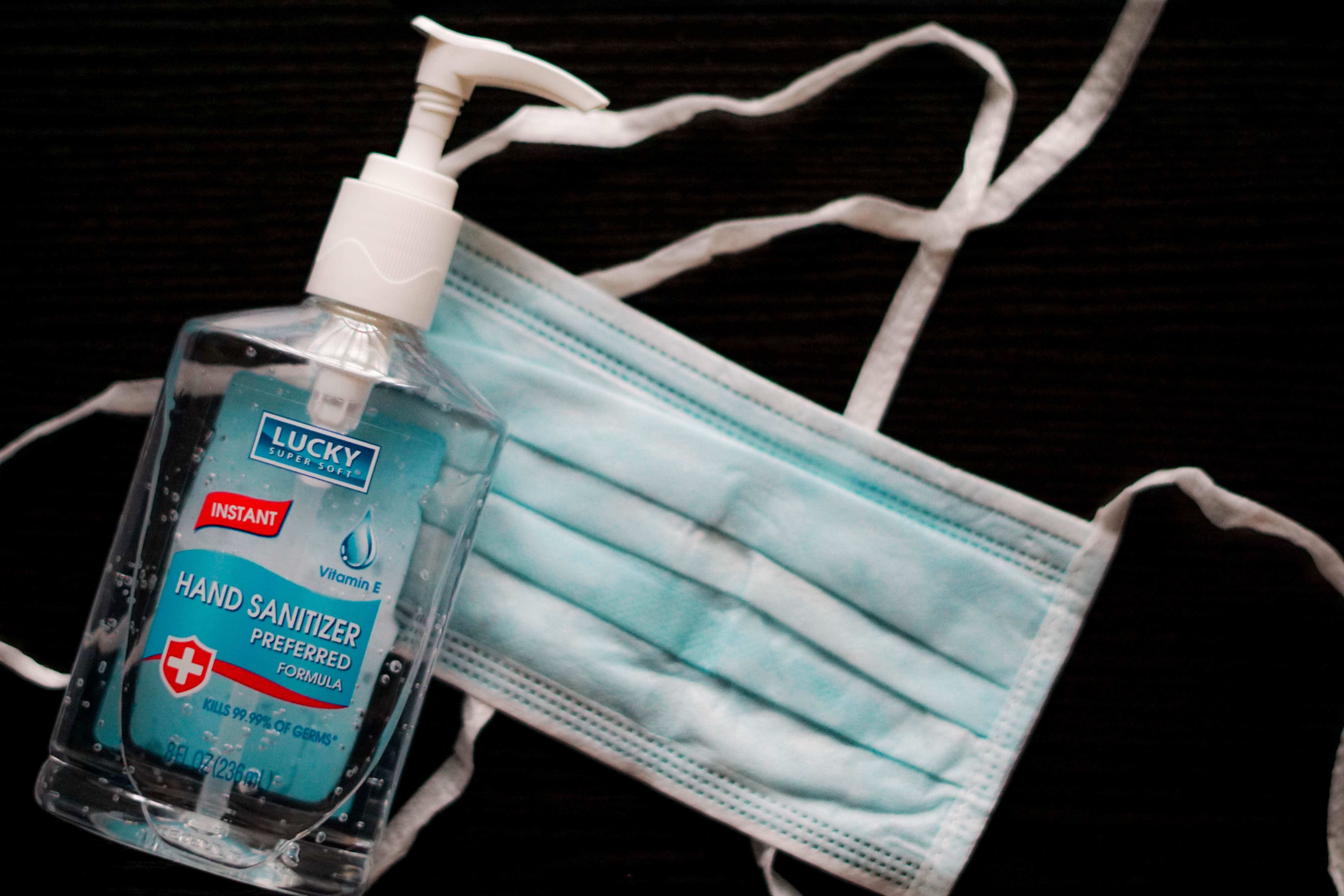 Halal in America
By Ayub Khan, MMNS A sparkling new halal poultry plant opened in a small town in North America. In the…