It’s that ISIS doesn’t seem to be the Russian leader’s priority. Why?

Many analysts suspected Moscow’s escalating intervention was not meant to weaken the Islamic State, but to (1) rescue the Assad regime, (2) preserve a Russian sphere of influence, or (3) counterbalance American hegemony, but really—not even (4) a token pinprick in al-Baghdadi’s direction? Well, that depends on how you look at it.

What if the Russian officials responsible for this accelerated intervention into Syria’s terrible civil war actually can’t tell the difference between so-called “moderate” rebels, Islamists, jihadists and the Islamic State? What if Ahrar ash-Sham, Jabhat an-Nusra, the Free Syrian Army, and ISIS, are, in their minds, exactly the same? What if they’re all terrorists?

Just a few weeks ago, Donald Trump took one of his first serious hits when, in a radio interview with a conservative talk show host, he admitted he didn’t know the difference between Hamas and Hezbollah. But many American leaders can’t seem to distinguish between Muslim groups, or foreign groups more generally, and I don’t just mean the outsider candidates running on bluster—they’d be easier to shrug off.

During the run-up to the 2003 Iraq war, many otherwise smart people fell for the Bush administration’s fabrications. Very intelligent women and men suspended their critical faculties and accepted that a secular, socialist Ba’athist Iraqi dictatorship would plausibly seek to arm a jihadist, radical, non-state actor called al-Qaeda. In retrospect, it hardly seems believable.

Unless, of course, those very smart people weren’t as smart as we thought, or as they thought. Gripped by fear of further terrorism, overcome with a desire for (indiscriminate) revenge, and not really as knowledgeable as they assumed they were, ostensibly liberal newspapers and conservative statesmen went along. Donald Rumsfeld, incidentally, and probably coincidentally, described them, and himself, when he let us know that just as there are things we know we don’t know, there are things we don’t know we don’t know. He called them “the unknown unknowns.”

Why should Vladimir Putin be exempt?

The Russian dictator came to power through the KGB and moved up through its successor, the FSB. From there he was appointed to the Presidency, and has barely looked back. Given what we know of him, it’s easy to see how Putin’s strengths include perceiving plots and conspiracies. Fair to assume he is, by nature, a rather paranoid person. After all, I don’t suspect you’d get very far in national security if you assumed the best of people. Nice guys don’t establish no-fly zones.

Putin knows he’s come to power, and stayed in power, in one of the world’s most powerful countries. He probably has an inordinately high sense of his own judgment, correctness, and capability. But does that mean Putin knows what he’s doing in Syria? He has very few people around him who might want to contradict him, or who could afford to—that’s the danger of dictating. He seems unlikely, as a strongman, to be given to bouts of self-reflection. Therefore if his military treats ISIS and its Sunni rivals as allies, when they are in fact enemies, it’s because he won’t know any better.

He may have no idea what he’s gotten himself into.

A very powerful Soviet Union was quickly bogged down in Afghanistan, and soon after that long, unnecessary and bloody conflict, the entire Communist edifice unraveled. A few years later, the Russian army was badly bruised in Chechnya; some of the fighters Russia would come to face were radicalized by Afghanistan.

Now the descendants of those fighters are likely to see Syria as the next chapter in an interminable franchise.

Whether Putin deliberately or unintentionally confuses Syrian rebels, therefore, the effect will be the same. History doesn’t care about what causes our mistakes. Just that we erred. The very reason we’re lamenting Putin’s aggression in Syria is because Putin wants to take on ISIS, but he’s not even bombing ISIS, and meanwhile, our invasion helped create the monster we’re now so worried about.

Other Syrian Sunni groups, previously fighting ISIS and Assad, might be persuaded to postpone their internecine enmities. Putin might bomb them into no option but cooperation. A shared Sunni struggle against an Iranian, Russian and Syrian axis would inspire far more sympathy among Muslims already inclined to jihadism, and swell their numbers. Some will come from Russia, and some will attack Russia. Putin would have created the unity he assumed existed, and congratulate himself on having the foresight to have spotted the problem before anyone else, magnifying his hubris—and making a further, bigger mistake likely.

Though it’s hard to see what could be bigger.

Then again, what do I know? I’m just an armchair analyst. 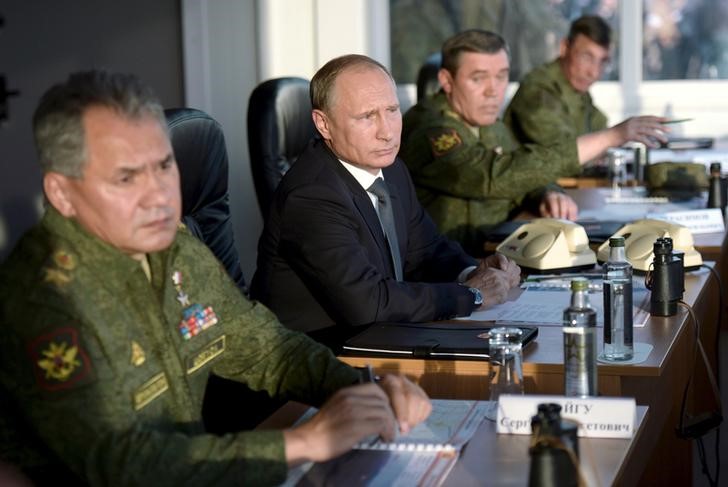 Stomping Out Vote Buying in Kuwait
By Sumayyah Meehan, TMO By definition the word democracy means, â€œA system of government by the whole population or all…