BENGHAZI, Libya (Reuters) – The U.S. ambassador to Libya and three embassy staff were killed in an attack on the Benghazi consulate and a safe house refuge, stormed by Islamist gunmen blaming America for a film they said insulted the Prophet Muhammad (s).

Gunmen attacked and set fire to the U.S. consulate in the eastern city of Benghazi, the cradle of last yearâ€™s U.S.-backed uprising against Muammar Gaddafiâ€™s 42-year rule. Another assault was mounted on the U.S. embassy in Cairo.

Violence also threatened to spread to other Muslim countries. By nightfall on Wednesday, 24 hours after the attacks in Egypt and Libya, police were firing teargas at angry demonstrators outside the U.S. embassy in Tunisia.

The attacks could alter U.S. attitudes towards the wave of revolutions across the Arab world, which toppled secularist authoritarian leaders in Egypt, Libya and Tunisia, bringing Islamists to power.

The violence could influence a close-fought U.S. presidential election, in which Obamaâ€™s challenger Mitt Romney has accused him of not defending U.S. interests robustly enough.

Romney issued a statement criticizing Obamaâ€™s initial response; the presidentâ€™s campaign responded by accusing him of scoring political points at a time of national tragedy.

It was not immediately clear precisely how or where California-born ambassador Christopher Stevens was killed during the assault. Stevens was a key player when the Obama administration supported the anti-Gaddafi insurgency.

U.S. consular staff were rushed to a safe house after the initial attack, Libyaâ€™s Deputy Interior Minister Wanis Al-Sharif said. An evacuation plane with U.S. commando units then arrived from Tripoli to evacuate them from the house.

â€œIt was supposed to be a secret place and we were surprised the armed groups knew about it. There was shooting,â€ Sharif said. Two U.S. personnel were killed there, he said. Two other people were killed at the main consular building and between 12 and 17 wounded.

The attack raised other questions about the future U.S. diplomatic presence in Libya, relations between Washington and Tripoli and the unstable security situation after Gaddafi.

For many Muslims it is blasphemous to depict the Prophet (s). The incident had echoes of the publication in a Danish newspaper of cartoons that touched off riots in the Middle East, Africa and Asia in 2006 in which at least 50 people died.

Images of ambassador Stevens purportedly taken after he was killed circulated on the Internet. One image showed him being carried, with a white shirt pulled up and a cut on his forehead.

Across the Muslim world, leaders will be concerned about preventing the spread of violence. Afghan President Hamid Karzai condemned the film in a statement, calling its making a â€œdevilish actâ€ and saying he was certain those involved in its production represented a very small minority.

The statement from Karzai – who is defended by 113,000 NATO-led troops including nearly 75,000 Americans – made no mention of the violence against U.S. diplomats.

Afghanistan shut down the YouTube site so Afghans would not be able to see the film. The U.S. embassy in Kabul appealed to Afghan leaders for help â€œmaintaining calmâ€.

In Egypt, Prime Minister Hisham Kandil condemned violence while calling on Washington to act against the filmâ€™s makers.

â€œWhat happened at the U.S. embassy in Cairo is regrettable and rejected by all Egyptian people and cannot be justified, especially if we consider that the people that produced this low film have no relation to the (U.S.) government,â€ he said.

â€œWe ask the American government to take a firm position towards this filmâ€™s producers within the framework of international charters that criminalise acts that stir strife on the basis of race, color or religion.â€

U.S. Secretary of State Hillary Clinton said the attack was the work of a â€œsmall and savage group.â€

Accounts of the consulate attack described chaos and bloodshed, with Libyan security over-run and retreating.

â€œWe started shooting at them, and then some other people also threw hand-made bombs over the fences and started the fires in the buildings,â€ said 17-year-old Hamam, who took part in the assault and refused to give his last name.

â€œThere was some Libyan security for the embassy outside but when the hand-made bombs went off they ran off and left,â€ said Hamam, who said he saw an American die in front of him in the mayhem that ensued. He said the body was covered in ash.

One Libyan security official blamed the attack on Ansar al-Sharia, an al Qaeda-style Sunni Islamist group that has been active in Benghazi. Sharif, the deputy interior minister, said leaders of the group had denied responsibility: â€œThere is no specific side to blame.â€

Witnesses said the mob included tribesmen, militia and other gunmen. Ansar al-Sharia cars arrived at the start of the protest but left once fighting started, Hamam said. â€œThe protesters were running around the compound just looking for Americans, they just wanted to find an American so they could catch one.â€

On Wednesday, the sprawling, leafy compound in Benghazi stood empty, with passers-by freely walking in to take a look at the damage. The heat of the fires could still be felt.

Walls were charred and a small fire burned inside one of the buildings with glass from shattered chandeliers on the floor. A small group of men was trying to extinguish the flames and three security men briefly surveyed the scene.

Chairs, a table and food lay alongside empty bullet shells. Some blood stains could also be seen in front of one of the buildings. Three cars were burnt out.

â€œThe Libyan security forces came under heavy fire and we were not prepared for the intensity of the attack,â€ said Abdel-Monem Al-Hurr, spokesman for Libyaâ€™s Supreme Security Committee.

U.S. ambassadors in such volatile countries as Libya are accompanied by tight security, usually travelling in well-protected convoys. Diplomatic missions are normally protected by Marines or other special forces.

Stevens grew up in California, graduated from Berkeley and worked in North Africa as a Peace Corps volunteer. He taught English in Morocco before joining the foreign service where he worked in the Middle East and North Africa.

Tributes poured in to honour Stevens, who said in a video posted on the embassy website of his involvement in the revolution: â€œI was thrilled to watch the Libyan people stand up and demand their rights.â€

Libyaâ€™s interim government has struggled to impose its authority on a myriad of armed groups that refused to lay down their weapons and often take the law into their own hands.

Security experts say the area around Benghazi is host to a number of Islamist militant groups who oppose any Western presence in Muslim countries.

The worst-case scenario for Western governments is that a spate of recent attacks could be the start of an Iraq-style insurgency by Islamist militants. That could have an impact on oil exports as the energy sector depends on foreign workers.

However, security analysts say an insurgency is unlikely to gain the kind of traction it had in Iraq, mainly because Western states have no military presence on the ground in Libya.

Libyan Deputy Prime Minister Mustafa Abu Shagour condemned the killing of the U.S. diplomats as a cowardly act. The head of Libyaâ€™s national assembly vowed to bring the killers to justice.

The precise provenance of the film was the subject of some debate. The Wall Street Journal quoted a man who described himself as an Israeli-American property developer and said he produced the film with funds raised from the Jewish community.

Egyptâ€™s Coptic Orthodox Church condemned Copts living abroad who it said had financed â€œthe production of a film insulting the Prophet Mohammadâ€ (s). About a 10th of Egyptâ€™s 83 million people are Christian.

Florida pastor Terry Jones, who inflamed anger in the Muslim world in 2010 with plans to burn the Koran, said he planned to show excerpts of the film to mark the anniversary of the September 11, 2001, attacks on the World Trade Center and the Pentagon.

Many Muslims consider any depiction of the Prophet (s) as haram, let alone the kinds of depictions made by the enemies of Islam, and such depictions of him can cause furious protests in the Islamic world as well as among Muslims in Europe.

In neighboring Egypt, demonstrators tore down an American flag and burned it during Tuesdayâ€™s protest against the film. Some tried to raise a black flag with the words â€œThere is no God but God, and Mohammad is his messengerâ€ (s).

The crowd of around 2,000 protesters in Cairo protesting against the film was a mixture of Islamists and teenage soccer fans known for fighting police and who played a part in the revolt that toppled Egyptâ€™s leader Hosni Mubarak last year.

(See Imamsâ€™ Council statement, p. 7, and CAIR and Ellison statements against killings and mourning them, on p. 15)

A Presentation on the Israeli-Palestinian Peace Process 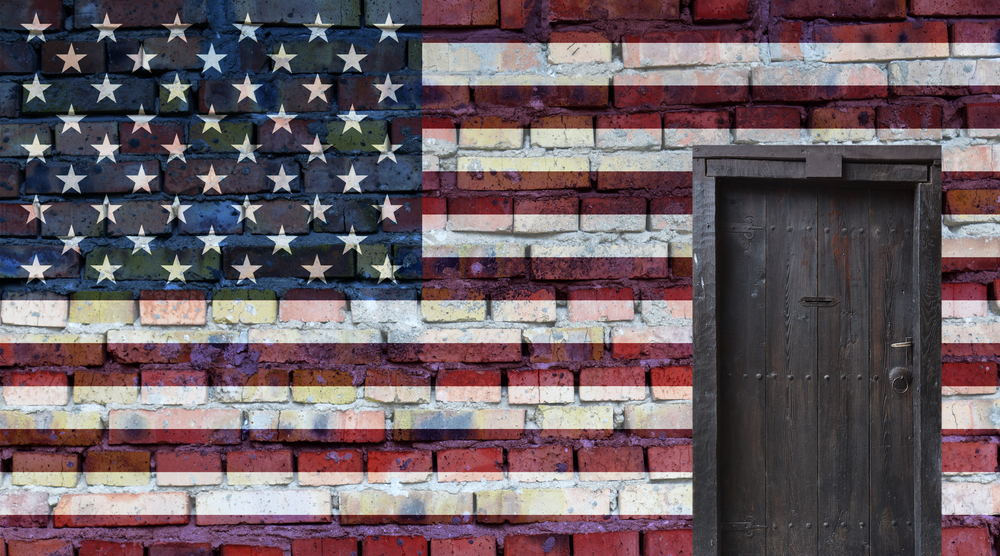 As Americans, We Are All Refugees