Mornings in Washington, D.C. are never quiet, but this morning on the 13th of March there was a loud shock that took place. President Trump fired now former Secretary of State Rex Tillerson.

The President tweeted the new this morning announcing that Mike Pompeo, Director of the Central Intelligence Agency (CIA), would become the new Secretary of State and thanked Tillerson for his service. In the same tweet, President Trump appointed Gina Haspel as the new Director of the CIA, and she is the first woman to be appointed for that position.

Some have been speculating that Tillerson did not know he was going to be fired, and that he just knew that the President would tweet about him on the morning. Tillerson was on his way back from a diplomatic trip in Africa, but cut it short and came back to Washington. Tillerson was at the State Department on Tuesday and spoke to reporters, saying that he would surrender his authority at midnight and resign officially at the end of the month, but as of right now he is turning over all responsibilities to John J. Sullivan, the deputy secretary of state.

“We were not really thinking the same,” Mr. Trump told reporters at the White House, explaining his decision to replace Mr. Tillerson. President Trump and Tillerson would often having conflicting opinions ranging from Saudi Arabia and Qatar issue to Russia’s cyber aggression.

Diplomacy has been the center of Trump’s attention lately because his possible meeting with the leader of North Korea, Kim Jong Un. The Trump administration plans to bring in a new team to plan for the meeting. Trump plans to have the new team assembled by Mike Pompeo, who attended West Point Military Academy and Harvard Law School is known as a Tea Party Republican.

Becuase Pompeo is leaving the CIA, Trump has appointed Gina Haspel, who will be the first woman to head the agency. Changing positions and transitioning to new people takes time in Washington, both Pompeo and Haspel have to be confirmed by the Senate before they can take those positions.

Since Donald Trump has taken office, 17 people in his administration have left their positions or were dismissed. Which leaves people wondering: Who will be the next person to leave? 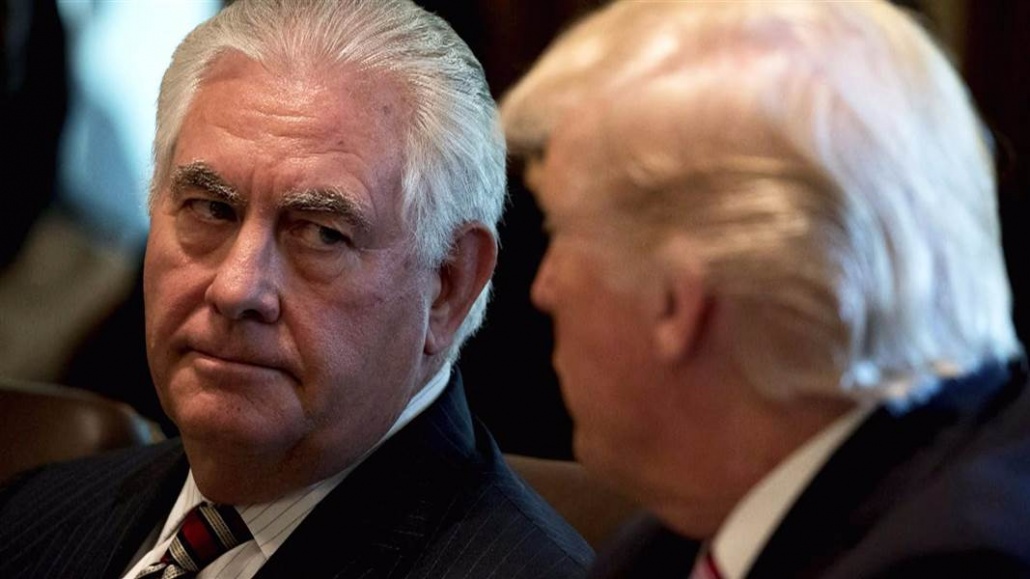 Killers in the Classroom
By Dr. June Scorza Terpstra During a heated debate in a class I teach on social justice, several US Marines…

In Detroit, Pensions Prompt Battle Of The Bean Counters

© 2020 MuslimObserver.com, All Rights Reserved
UN chief calls for an end to the Syrian people’s ‘sufferingR...