Theologians claim death row inmate as their own

The story of Kelly Gissendaner has both showcased the promise of public theology—and spurred self-reflection among those of us who do it.

Gissendaner is a Georgia woman who was sentenced to death in 1998 for conspiring to murder her husband. She was scheduled to be executed in late February, but her execution was postponed because of bad weather. It was postponed again in early March because the lethal injection drugs appeared cloudy.

While in prison, Ms. Gissendaner enrolled in a theological studies program for prisoners, where she studied with Jennifer McBride at Emory University. Through Professor McBride, as Mark Oppenheimer reports in the New York Times, Gissendaner became pen pals with Jürgen Moltmann, one of the world’s most respected theologians.

As her execution date neared, many other Christians—famous and non-famous—offered their support, and appealed to Georgia Governor Deal for clemency. Her theology teacher, Dr. McBride,created this video to introduce people to Gissendaner’s cause. Prominent Christian author and activist Shane Claiborne speculated that direct divine intervention may have caused the injection drugs to turn cloudy. Evangelical left leader Tony Campolo voiced his support.

To be sure, all of these people oppose the death penalty generally. And in the case of McBride, and others in the Emory community who tried to garner support for Gissendaner, they actually knew her. But Broderick Greer, a seminarian at Virginia Theological Seminary, publicly wondered whether the outpouring of support had anything to do with the fact that Gissendaner was a white woman with a theology degree.

That question, I think, reveals an aspect of the academic discipline of theology that its boosters are not always comfortable with. People who can drop the word “Barthian” into conversations, and who understand jokes about how many premillennial dispensationalists it takes to screw in a lightbulb? They are often friends with each other, and if they’re not friends, then they’re probably socially connected. They very often have graduate degrees, which means that they tend to have had a lot of educational lucky breaks along the way. And they are people, so they exhibit the human trait ofcaring more about tragedies that they have firsthand knowledge of.

On the one hand, of course someone will be affected differently when the person about to die is an actual loved one. That’s how human beings seem to operate, and saying “well, but they just should be otherwise” doesn’t seem to further the conversation much. (It’s like saying that all parents “just should” earn $400,000 a year/breastfeed for the first year/never use a stroller because those things have been shown to better for the children; or saying that all people “just should” eat locally sourced organic produce because that’s better for the planet. Those things are not going to be true for all people, and many people would have to make inhuman sacrifices in order even to attempt those things. So what else ya got?)

At the same time, what theologian wants to claim an ethic of caring extra about the people you happen to know personally? Particularly when “knowing someone personally,” in this case, means “knowing someone who has regular social contact with people possessing masters and doctoral degrees and/or large Twitter followings and/or several published books to their credit”? Too, it’s not as though everyone involved knew Gissendaner and counted her as a friend: some, like me, were friends with people who knew her, and their pain—maybe unavoidably?—lent urgency to Gissendaner’s case.

At the same time, I don’t want to diminish the real promise here. For one thing, someone awaiting death found words of hope and blessing in the words of an academic theologian. And they did so because other academic theologians—and theological institutions—partnered with people in prison.

This should inspire and challenge those of us who produce theology in an academic context. Also, the all-important criticism came from another theologian.

(At least if you count seminarians/pastors as theologians… and if you don’t, my goodness, whyever not?) These are two moments of public theology at its best and most self-reflective.

When so much public God-talk is cringeworthy and meanspirited, it’s worth noting moments like these. 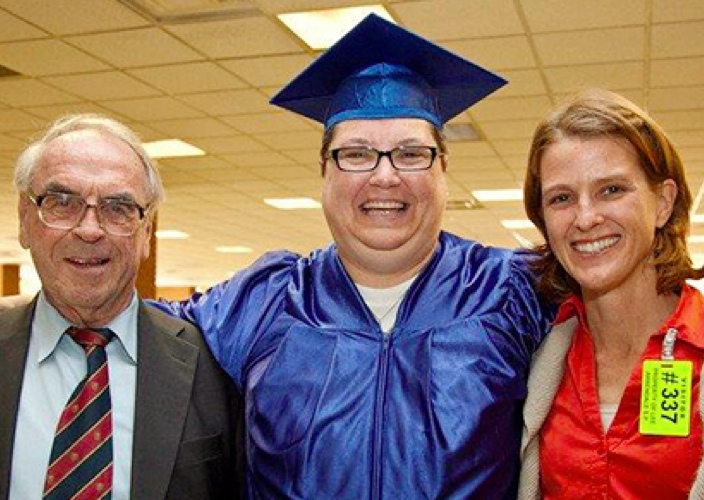 Lady Warsi Gets Rapturous Reception at Vatican for Speech on Faith

My son is not the same as me: race, power and Islamophobia
Scroll to top