Extracted from Lataâ€™if al-Ma`arif of Imam Ibn Rajab al-Hanbali (Allah have mercy on him) (from www.ummah.net);

Duties of the Month of Muharram:

1. It is the best of months for general voluntary fasts, after Ramadan.

2. It is especially recommended to fast the 10th of Muharram (known as the Day of `Ashuraâ€™), with a day before it or after it. [Ibn Abidin, Radd al-Muhtar, quoting Kasaniâ€™s al-Badaâ€™i`]

3. It is also virtuous to give in charity on this day.

Muslim reported from Abu Hurayra (ra), that the Prophet (s) said, â€œThe best of fasts after the month of Ramadan are in the Month of Allah, which you call Muharram. And the best of prayer after the obligatory prayer is the night prayer.â€ [Muslim, 1163]

The virtue and honor of this month can be attested to by the fact that the Prophet (s) called it, â€˜the Month of Allah.â€™ (Shahr Allah) Such ascription is only made by Allah to the most special of His creation, such as the ascription of the Prophets Muhammad, Ibrahim, Ishaq, Ya`qub (â€˜aleihimus Salam) and others to his slavehood, and His ascription of the House (Ka`ba) and the camel to himself.

Given that Allah ascribed fasting, between all spiritual works, to Himself [saying, â€œIt is Mine,â€] it was suitable that this month, which is also ascribed to Allah, be selected for this particular form of worship.

Fasting is a secret between the servant and his Lord. This is why Allah Mighty and Exalted says, [in the divine hadith (hadith qudsi)], â€œEvery action of the son of Adam is his, except for fasting. It is Mine, and it is I who reward it.â€ [Bukhari and Muslim, from Abu Hurayra]

The Prophet (s) also said, â€œThe fasting person has two joys: one when he breaks his fast, and the other when he meets his Lord.â€ [Muslim]

As for voluntary night prayer (qiyam al-layl), it is superior to voluntary prayer during the day because it is closer to secrecy, and nearer to sincerity (ikhlas).

Allah Most High said, â€œLo! the vigil of the night is (a time) when impression is more keen and speech more certain.â€ [Qurâ€™an, 73.9]

This is because the time of the night vigil (tahajjud) is the best of times for voluntary prayer, and the closest a servant gets to his Lord. It is a time when the doors of the skies are opened, supplications answered, and needs fulfilled.

Allah Most High has praised those who wake up at night in His remembrance, supplication, seeking forgiveness, and intimate entreating (munajat), saying, â€œWho forsake their beds to cry unto their Lord in fear and hope, and spend of that We have bestowed on them. No soul knows what is kept hid for them of joy, as a reward for what they used to do.â€ [Qurâ€™an, 32.16-17]

And, â€œOr he who pays adoration in the watches of the night, prostrate and standing, bewaring of the Hereafter and hoping for the mercy of his Lord? Say: Are those who know equal with those who know not? But only those of understanding will pay heed.â€ [Qurâ€™an, 39.9]

And He said to His Prophet (s), â€œAnd some part of the night awake for it, as voluntary worship for you. It may be that thy Lord will raise thee to a praised estate.â€ [Qurâ€™an, 17.79]

It has been said that those who worship at night will enter Paradise without reckoning, and that standing in night prayer shortens the length of oneâ€™s Standing on the Day of Judgment.

This is why the Prophet (s) said, â€œStick to night prayer, for it was the way of the righteous before you. Night prayer is a means of closeness to Allah Most High, of expiating for bad deeds, avoiding sins, and keeping away illness from oneâ€™s body.â€ [Tirmidhi (3543], Bayhaqi, and others; it is a sound (hasan) hadith]

Similarly, it has been related that fasting is a means for good health. The Prophet (s) is reported to have said, â€œFast, and you shall have good health.â€ [Ahmad, from Abu Hurayra]

Lovers have no time more joyous than when they are alone in entreating their Beloved. This is the healing for their hearts, and the great thing that they could long for.

This is why Abu Sulayman al-Darani would say, â€œThe people of the night find more joy than the people of distraction (lahw) in their distractions. Were it not for the night, I would not like to remain living.â€

The Day of `Ashuraâ€™: The Tenth of Muharram

It is mentioned in Bukhari and Muslim from Ibn Abbas (Allah be pleased with him and his father) that he was asked about fasting the Day of `Ashuraâ€™ [10th of Muharram]. He said, â€œI did not see the Messenger of Allah (blessings and peace be upon him) fast a day while more avid to seek its virtue than this day,â€ meaning the Day of `Ashuraâ€™.â€ [Bukhari (2006), and Muslim (1132)].

The Prophet (Allah bless him & give him peace) used to fast this day even in Mecca, though he had not yet ordered others to do so, as mentioned in both Bukhari and Muslim. [Bukhari (2002), Muslim (1125)]

When he migrated to Medina, and found the People of the Book fasting this day and venerating it, he ordered the Muslims to fast it, and encouraged it so much that even the children would fast it.

At the end of his life, the Messenger of Allah (blessings and peace be upon him) made the determination not to fast this day alone, but with another day [f: either before or after it], in order to be different from the People of the Book.

And it is reported in the Musnad of Imam Ahmad (Allah have mercy on him), from Ibn Abbas (Allah be pleased with him) that the Prophet (Allah bless him and give him peace) said, â€œFast the Day of `Ashuraâ€™ and be different from the Jews by fasting a day before it or a day after it.â€ [Ahmad]

Giving in Charity on the Day of `Ashuraâ€™

It has been reported from Abd Allah ibn `Amr ibn al-`As (Allah be pleased with him), that â€œWhoever fasts `Ashuraâ€™ it is as if he has fasted the entire year. And whoever gives charity this day it is like the charity of an entire year.â€

Some of the Virtues of the Day of `Ashuraâ€™ 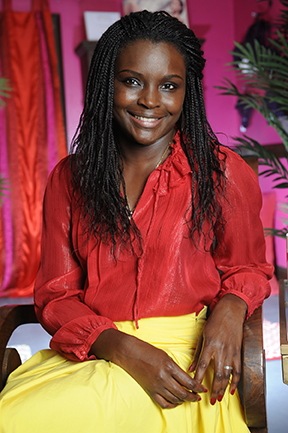 Putin to the West: Take Your Medicine
And donâ€™t go socialist Courtesy Justin Raimondo Weâ€™ve truly entered a Bizarro World universe, where up is down, right is…