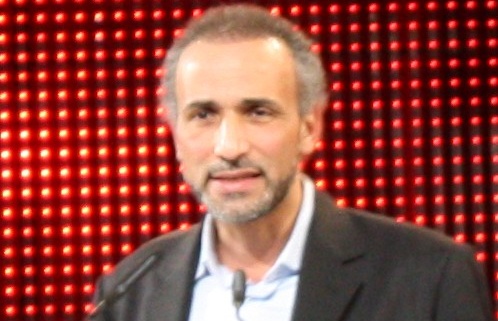 SALT LAKE – Described as one of the “most important innovators for the 21st century” by Time magazine, Professor Tariq Ramadan talks to OnIslam about Muslims identity in an exclusive interview from Salt Lake, Utah, during the Parliament of World’s Religions.

Ramadan holds an MA in philosophy and French Literature and a PhD in Arabic and Islamic Studies from the University of Geneva. In Cairo, he studied classic Islamic scholarship from Al-Azhar University.

Why do you think becoming an observant Muslim has become so confusing for young people these days?

Along with other reasons, including negative perceptions, we have a problem with the way we are educating our young Muslims, not only here but in Muslim majority countries as well.

When you are scared, when you are feeling on the defensive or you feel that you are in danger because everything that is being said about Islam is negative, you end up focusing, as a psychological natural reaction to norms, like halal and haram, which is wrong. In fact, it is not by law that you are going to be protecting yourself. You protect yourself through meaning and understanding. So, we need more education on the substance and not more on the limits. But as we are scared, it’s become all about limits, limits, limits. And this is a natural reaction. But it’s not the right reaction.

And sometimes what is natural is not right. The only way to feel at peace is to feel confidant with the essence of the teachings, and with your spiritual journey. Teaching what it means to be autonomous, to be free. To free yourself from your ego in spiritual terms and to educate yourself among human being in social terms. This is so essential, so we have a crisis in education, which calls for us to go back to teaching the essence of the message.

Do you think that Muslims need to be more self-critical?

When you deal with radicalization in the jails, or in the suburbs in France, or in the cities in the states you might come to think these people have a problem. Islam is creating this radical mindset and so Islam must be the reason. We tend to find cultural or religious reasons for things which have nothing to do with religion. For example, during the riots in France, some ten years ago, the minister of Interior at that time, Sarkosy, asked the Muslim organizations to issue a fatwa against violence. I said, what’s that? These are French people telling their government we need more justice, we need education, we need social institutions. This has nothing to do with Islam. So because you don’t know how to deal with them and to give them jobs and education, you ask the Muslims, where are the Imams. That’s wrong.

And we are doing the same thing everywhere. By reducing the discussion on violent extremism to just one religious side, you forget to deal with the other side, by asking what are your policies? What are you doing in this country? You will have voices which are going to be vocal. They are not going to keep quiet because they feel that they are American. We are Islamizing all the issues. As if the problem is Islam. No the problem is socio economic justice, education, equality. So don’t talk to me about the democratization process if you are not willing to talk about stability. You are making it all politics and structural. It’s not going to work if there is no economic stability. This shift of always turning against culture, or with Huntington’s feeling that the future is not going to be about political interest but about civilizations issues, is shifting the true questions about politics and justice away from reality towards China versus the U.S or Islam versus the west. That’s not the reality. But by shaping the mindset to think in those terms we are falling into the trap.

What is your core identity or is this concept a fallacy?

I have multiple identities some of them will be more at the forefront depending on the context. As a Muslim its quiet clear, I may be a Swiss or American by culture or memory, but at the moment I am dealing with my death or the death of the people I love, I am a Muslim, because this is the meaning of my life.

But when I am in involved in politics, I am a Swiss because I have to vote somewhere. At the moment I am dealing with international issues, I am a Universalist because I want for others what I want for myself. I do not want justice for the Swiss people and injustice elsewhere. So it depends on the context. Of course there is a part of our identity that is there no matter what the context or historical situation. And for me, at the end of the day I belong to my principles.

I will be against other Muslims if they are acting against my principles. This is what I got from my religion. My brotherhood has limits and conditions. If you are unjust, my brotherhood or sisterhood should react and resist this injustice.

What can you tell me about your personal faith and how it informs your day to day life.

It’s an ongoing process. The way you are with Allah (swt) is the way He is going to be with you. There is something that we got from the mystical tradition, the traditional tradition and the legal tradition; Renew your intention.

So my relationship with Allah is always to come back to myself. It’s between you and yourself that you will find the very meaning of God’s presence in your life. I myself do not nurture the sense of guilt. I nurture the sense of responsibility and forgiveness. And this is very important to me. 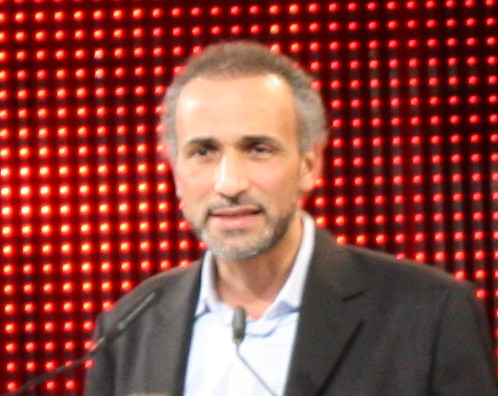 Apartheid in the Holy Land, by Desmond Tutu

Muslims of Tibet
Courtesy Hasni Essa, Peace and Pluralism Masood Butt is a Tibetan, living in India. But, unlike most other Tibetans in…

© 2020 MuslimObserver.com, All Rights Reserved
The missing link in Muslim non-profits

Fighting perceptions, evangelicals and Muslims commit to oppose religious b...
Scroll to top