Retail stores and major businesses across the country are enforcing safety regulations amid the novel coronavirus pandemic. Joining Costco, Starbucks, and Best Buy, Walmart issued a statement Wednesday that all customers will be required to wear masks starting July 20.

While late to the game, the nation’s largest retailer announced that both Walmart and Sam’s Club stores across the country will follow the same protocol in requiring face coverings and having a single store entrance. According to the statement posted on Walmart’s website, about 65% of more than 5,000 of the company’s stores are located in states with mandates on public face coverings.

“To help bring consistency across stores and clubs, we will require all shoppers to wear a face covering starting Monday, July 20,” Walmart U.S. Chief Operating Officer Dacona Smith and Sam’s Club Chief Operating Officer Lance De La Rosa said in the statement. “This will give us time to inform customers and members of the changes, post signage and train associates on the new protocols.”

While representatives claimed the company has focused on the health and safety of its associates and customers since the beginning of the pandemic, news reports of outbreaks in various store locations show otherwise. Had the company really cared, it would have taken action weeks ago with other businesses that required mandatory face coverings as early as May.

The announcement follows a nationwide surge in cases, highlighting the importance of abiding by Centers for Disease Control and Prevent (CDC) recommendations including face coverings to decrease the spread of coronavirus. However, the company still waited to implement safety measures as simple as requiring a mask months after outbreaks in its own stores. In a single Massachusetts store, Daily Kos reported at least 81 Walmart employees had tested positive for COVID-19.

“According to the CDC, face coverings help decrease the spread of COVID-19, and because the virus can be spread by people who don’t have symptoms and don’t know they are infected, it’s critically important for everyone to wear a face covering in public and social distance,” Walmart’s announcement read.

This incident isn’t isolated. According to a press release from United for Respect, Walmart took more than seven weeks to implement social distancing in some locations. In partnership with the Center for Popular Democracy, the organization released a comprehensive timeline in which it details Walmart’s executive team’s lack of ability to properly manage a response to the COVID-19 pandemic in its stores. United for Respect issued a statement calling on the company to do more outside of its long-awaited decision to require masks.

“Today’s announcement that Walmart will begin to mandate mask-wearing by customers is a step forward for public health and a crucial measure for bringing this pandemic to a close. It’s a clear victory for Walmart associates who have bravely spoken out about the conditions in our stores and the hundreds of thousands of associates who come face-to-face with the deadly virus each day. But why did it take more than three months and 130,000 deaths for Walmart to face up to the cost of this pandemic, and mask up for its customers, associates, and our communities?” said Cyndi Murray, a United for Respect member and Walmart associate of 20 years. She added that retail workers have been on the front line of the pandemic and demanded protective gear from day one.

Following Walmart’s announcement, the National Retail Federation called on other retailers to follow suit and require masks to support retail and front-line workers, USA Today reported. “We hope today’s announcement by Walmart – the world’s largest retailer – that it will be enforcing a policy requiring customers to wear a mask to shop in their stores is a tipping point in this public health debate,” the federation said. “Workers serving customers should not have to make a critical decision as to whether they should risk exposure to infection or lose their jobs because a minority of people refuse to wear masks in order to help stop the spread of the deadly coronavirus.”

Last week, the Retail Industry Leaders Association, which represents large chains including Walmart and Target, asked governors across the country to mandate masks for consistency. The call to require masks nationwide comes amid conversations by health professionals that the pandemic could end sooner if people were to wear masks in public. “If we could get everybody to wear a mask right now, I really do think over the next 4-6-8 weeks, I really think we can bring this under control,” Dr. Rober Redfield of the CDC said Tuesday.

In addition to posting signs, Walmart announced a position created to enforce its new policy. Known as “health ambassadors,” these employees will be identified with a black polo shirt and work with individuals on how to abide by safety regulations, the company said. At Sam’s Club locations, an employee will stand by the door to remind individuals of the mask requirement. It added that these ambassadors will receive “special training” and provide complimentary masks if individuals do not have them. 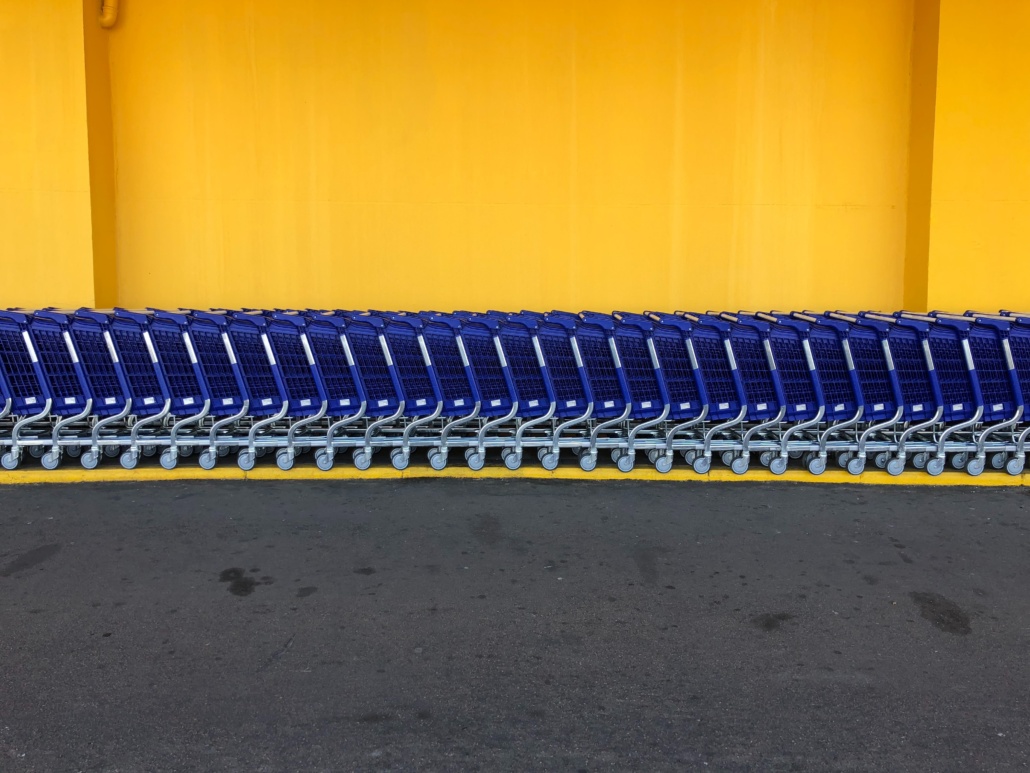