Camp Meeker (Calif.)–In his speech to the American Congress, President Obama (on February 25th) has publicly pledged the U.S. to do all within its power to rebuild the decimated infrastructure of the Strip.  As I have just gone through my e-mail, I have received a memo (Feb. 27th) that Barack Obama has instructed the District of Columbiaâ€™s Secretary of State Hilary Clinton (formerly a pro-Israeli Senator) and Washingtonâ€™s Special Envoy to the Middle East, the (former) Senator George Mitchell, whose ancestry is half Arab, to relay to the Israelis the D.C. Administrationâ€™s demands to open up Gazaâ€™s frontiers immediately to humanitarian aid.  The day before (Feb. 26th) the BBC (British Broadcasting Corporation) reported that the two major Palestinian political forces, Hamas and Fatah, had agreed in Cairo to reconcile; to exchange their mutual prisoners and to work towards a government of national unity, which is desperately required for the rehabilitation of the destruction done to modern Philistia, and to present a united front to the modern Israeli State as well as to potential donor countries and to NGOs (Non-Governmental Organizations).

I am basing my column for this week on a conference call made with experts and activists from the (U.S.) Campaign to End the (Israeli) Occupation in January.
Aljazeera conveyed on (Feb. 27th) that the â€œCentristâ€ Israeli Labor Party has refused to link with Rightwing Likud Party to form a government of national unity.  This should guarantee any lack of â€œmoderatingâ€ constraint towards their Palestinian neighbors.

Speaking about U.N. Resolution 1860, which called for an immediate ceasefire–  but subsequently was disrespected by both sides during the â€œhotâ€ battle over Gaza — the General Assembly had put pressure on the United Nationsâ€™ Security Council.  â€œIt is [was] not a perfect document, but it was unanimousâ€ except for the (then) Bush Administrationâ€™s abstention.  Curiously, the part played by the Nicaraguan Left-of-Center government and their (New York) Ambassador had much to do with bringing that Resolution forward.

Minuscule Israel has demonstrated a pattern of slapping its American â€œalliesâ€ — and the rest of the world as a whole — in the face.  During the recent hostilities, the bombing of the U.N. compound and their school were War crimes, and I recently sent a fax to every member of the General Assembly to set up a Special War Crimes Tribunal to investigate these outrages and the myriads more that have emerged.  Further, Amnesty International has called upon the U.S. to fully end any military aid to the IDF (Israeli Defense Forces).  The U.S. Campaign is not only pressuring the American authorities but the worldwide populace as well.

One of the expert presenters, compared Tel Avivâ€™ attack upon Gaza to their assault upon the PLO (Palestine Liberation Organization) in Lebanon leading up to the 1982 Sabra and Shatilla massacres.

As I mentioned in previous articles on the crisis, the original truce between the Jewish State and Gaza City was broken by Samariaâ€™s incursion on November 4th of last year, causing unacceptable Palestinian casualties — including  children.  The Gazans responded with inaccurate defensive rocket fire.

On December 27, the Isralis invaded with American armaments directed at the civilian populations and passing over most military targets to compel the citizens to demand regime change from their Hamas-led government.  That politically backfired, and only strengthened Hamasâ€™ hand over their territory.

Strangely, most of the governmental buildings in Gaza City were built by the EU, and their destruction has angered Brussels greatly.  Many nations withdrew their Ambassadors from Israel!  With this, worldwide boycotts against the state have been accelerated.

Europe feels this incident has been an attack against all of Palestine!  Unfortunately, the Palestinian Authority has shown grave weakness, and resentment has developed on the West Bank and in the diaspora as well as the Gaza Strip against them and their Fatah leadership.  Instead of destroying or weakening the more radical Hamas, it has strengthened them within all the Palestinian enclaves.  The Israeli-Palestinians–Arabs living within the â€œJewishâ€ State, holding Israeli citizenship, who happen to make up a fifth of the Israeli population, demonstrated quite vociferously during the tragedy on the southern sea coast.  Yet, at the same, this gave ammunition to Tel Avivâ€™ right-wing, who wished to expel them and to grab their land, claiming that they were not loyal residents, and, thus, could not be trusted.  (In the debate over a one State or two a two State solution, in a one State solution Israel would no longer be a Jewish majority nation.)

The US Campaign is an advocacy group within the United States to end the US governmentâ€™s unquestioning support of Israel.  The articles I have written in the past upon their positions and research is directed on how to create a more humane policy towards the Middle East from Washington.

Josh Ruebner a staffer at the Campaign proclaimed, â€œWe canâ€™t stop our advocacy when the guns fall silent.  We must prevent the next War!â€ He encouraged them to organize at the local level. There have been some successes at the municipal level to pass resolutions against what has happened within Gaza.  This helps us to influence our Federal reps to counter the high powered propaganda from AIPAC (America Israel Public Affairs Committee).  The Obama government seems to be much more open handed, but the public must, also, be more pro-active by expressing our opinions and desires.  I might mention even the powerful previously pro-Israel California Senator Dianne Feinstein has been currently circulating an important letter advocating a much more even handed approach towards our Holiest of Lands.

Now, what is needed is the State Department to talk directly to Hamas! 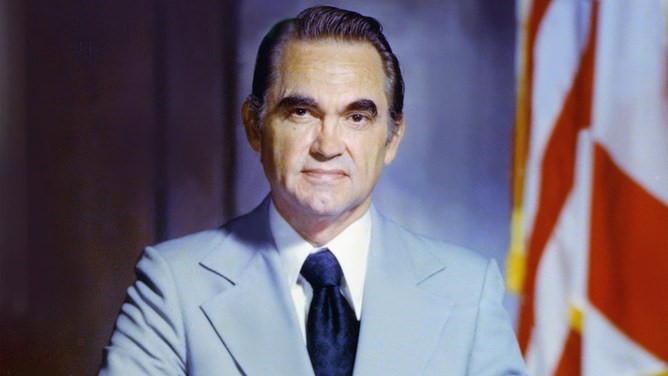 Why I Accepted Islam

Two Piracies In Somalia
Courtesy Africanloft There are two piracies in Somalia, the well publicized attacks on shipping by pirates from Somalia, and the…