Saudi Says Iran Will “Pay the Price” for Alleged plot

By Parisa Hafezi and Jeremy Pelofsky

TEHRAN/WASHINGTON (Reuters) – Saudi Arabia vowed on Wednesday that Iran would â€œpay the priceâ€ for an alleged plot to kill its ambassador in Washington and U.S. officials said there could be a push for a new round of U.N. sanctions.

Tehran angrily rejected the charges laid out by a number of top U.S. officials on Tuesday as â€œamateurish,â€ but a threat nevertheless to peace and stability in the Gulf, a region critical to global oil supplies with a number of U.S. military bases.

â€œThe burden of proof is overwhelming… and clearly shows official Iranian responsibility for this. Somebody in Iran will have to pay the price,â€ senior Saudi prince Turki al-Faisal, a former ambassador to Washington, said in London.

Vice President Joe Biden echoed those hawkish sentiments, telling U.S. network ABC Iran would be held accountable. He said Washington was working for a new round of international sanctions against Iran, warning that â€œnothing has been taken off the table.â€

U.S. authorities said on Tuesday they had broken up a plot by two men linked to Iranâ€™s security agencies to assassinate Saudi Ambassador Adel al-Jubeir. One was arrested last month while the other was believed to be in Iran.

The motive for the alleged plot was not clear. Iran has in the past assassinated its own dissidents abroad, but an attempt to kill an ambassador would be a highly unusual departure.

Iran and Saudi Arabia are bitter regional and to some extent sectarian rivals, but they maintain diplomatic ties and even signed a security agreement in 2001. Iranian President Mahmoud Ahmadinejad visited Riyadh in 2007.

The United States has led a global effort to isolate Iran and pile on United Nations sanctions in recent years over Tehranâ€™s nuclear energy program which Washington and its regional allies including Israel and Saudi Arabia fear is a front for developing nuclear weapons. Iran denies nuclear arms ambitions.

Those allies fear Washington could take its eye off the ball on Iran. US diplomatic cables from Riyadh leaked by Wikileaks over the past year — in which Jubeir features prominently — show Riyadh repeatedly pushing the United States to take a tougher stand, including the possible use of military force.

Tensions rose between Riyadh and Tehran when Saudi Arabia sent troops to help Bahrain put down pro-democracy protests let by the island stateâ€™s Shiâ€™ite majority that both governments accused Iran, a non-Arab Shiâ€™ite state, of fomenting.

This month Riyadh accused some among its Shiâ€™ite Muslim minority of conspiring with a foreign power — a reference to Iran — to cause instability, following street clashes in the Eastern Province.
But Iranian analyst Saaed Leylaz said it was hard to see why Iran would risk involving itself in such a plot.

â€œKilling the Saudi envoy in America has no benefit for Iran,â€ he said. â€œThe consequences of this plot are dangerous … It could cause military confrontation in 2012 between Iran and America.â€

A Western diplomat in Riyadh said the charges would likely be discussed at the UN Security Council.

â€œThe U.S. and Saudi Arabia and other allies are discussing the possibility of taking this to the Security Council because this is an assault on a foreign diplomat in the U.S,â€ he said.

President Barack Obama, who seeks reelection next year, called the alleged conspiracy a â€œflagrant violation of U.S. and international law.â€

The United States said Tehran must be held to account and Secretary of State Hillary Clinton said she hoped countries hesitant to enforce existing sanctions on Iran would now â€œgo the extra mile.â€

But also seeking recourse in the world body, Iranâ€™s ambassador to the United Nations voiced outrage and complained of U.S. â€œwarmongeringâ€ in a letter to Secretary-General Ban Ki-Moon. â€œThe U.S. allegation is, obviously, a politically motivated move and a showcase of its long-standing animosity toward the Iranian nation,â€ Mohammad Khazaee wrote.

Ali Larijani, Iranâ€™s parliament speaker, said the â€œfabricated allegationsâ€ aimed to divert attention from Arab uprisings Iran says were inspired by its own Islamic revolution that toppled the U.S.-backed Shah — though Islam has not been the overt driving force for unrest across the Arab world.

â€œAmerica wants to divert attention from problems it faces in the Middle East, but the Americans cannot stop the wave of Islamic awakening by using such excuses,â€ Larijani said, calling the a â€œchildish, amateur game.â€

â€œThese claims are vulgar,â€ he said in an open session of parliament. â€œWe believe that our neighbors in the region are very well aware that America is using this story to ruin our relationship with Saudi Arabia.â€

The State Department issued a three-month worldwide travel alert for American citizens, warning of the potential for anti-U.S. action, including within the United States.

â€œThe U.S. government assesses that this Iranian-backed plan to assassinate the Saudi ambassador may indicate a more aggressive focus by the Iranian government on terrorist activity against diplomats from certain countries, to include possible attacks in the United States,â€ it said in a statement.

At a news conference, FBI Director Robert Mueller said a convoluted plot involving monitored international calls, Mexican drug money and an attempt to blow up the ambassador in a Washington restaurant smacked of a Hollywood movie.

Attorney-General Eric Holder tied it to the Islamic Revolutionary Guard Corps (IRGC), guardian of Iranâ€™s 1979 revolution, and the Quds Force, its covert, operational arm.
â€œI think one has to be concerned about the chilling nature of what the Iranian government attempted to do here,â€ he said.

The primary evidence linking Iran to the alleged conspiracy is that the arrested suspect is said to have told U.S. law enforcement agents that he had been recruited and directed by men he understood were senior Quds Force officials.

The Quds Force has not previously been known to focus on targets in the United States.

A plot against targets inside the U.S. â€œwould be a first for the Quds Force,â€ said Kenneth Pollack, a former CIA and National Security Council analyst who now heads the Saban Center at the Brookings Institution in Washington.

â€œI do want to hear more about what evidence (U.S. authorities) have and why they believeâ€ that the Quds Force was involved, Pollack said.

U.S. officials said there had also been initial discussions about other plots, including attacking the Saudi and Israeli embassies in Washington, but no charges for those were brought.

There are no formal diplomatic ties between the Islamic republic and Washington, which accuses Tehran of backing terrorism and pursuing nuclear arms, charges Iran denies.

U.S. officials identified the two alleged plotters as Gholam Shakuri, said to be a member of the Quds Force, and Manssor Arbabsiar, who was arrested on September 29 when he arrived at John F. Kennedy International Airport from Mexico.

Arbabsiar appeared briefly in a Manhattan courtroom on Tuesday where he was ordered detained and assigned a public defender. He appeared in blue jeans and a dress shirt, with thinning gray hair and a scar on the left side of his face.

Officials said the Saudi ambassador, who is close to King Abdullah and has been in his post since 2007, was never in danger. Obama was briefed in June about the alleged plot.

Court documents say a plot began to unfold in May 2011 when Arbabsiar sought help from an individual in Mexico who was posing as an associate of an unidentified drug cartel and who was in fact a U.S. Drug Enforcement Administration informant.

The unidentified paid informant tipped off law enforcement agents, according to the criminal complaint. Arbabsiar paid $100,000 to the informant in July and August for the plot, a down-payment on the $1.5 million requested.

Shakuri approved the plan to kill the ambassador during telephone conversations with Arbabsiar, the complaint said.

As part of the plot, the informant talked to Arbabsiar about trying to kill the ambassador at a Washington, D.C. restaurant he frequented, but warned him that could lead to dozens of others being killed, including U.S. lawmakers.

Mueller, the FBI director, said that â€œindividuals from one country sought to conspire with a drug trafficking cartel in another country to assassinate a foreign official on United States soil.â€

The men face one count of conspiracy to murder a foreign official, two counts of foreign travel and use of interstate and foreign commerce facilities in the commission of murder for hire and one count each of conspiracy to use a weapon of mass destruction and conspiracy to commit an act of terrorism.

Authorities said no explosives were acquired for the plot and the weapon of mass destruction charge can range from a simple improvised device to a more significant weapon. The two men face up to life in prison if convicted.

Banking with a Difference 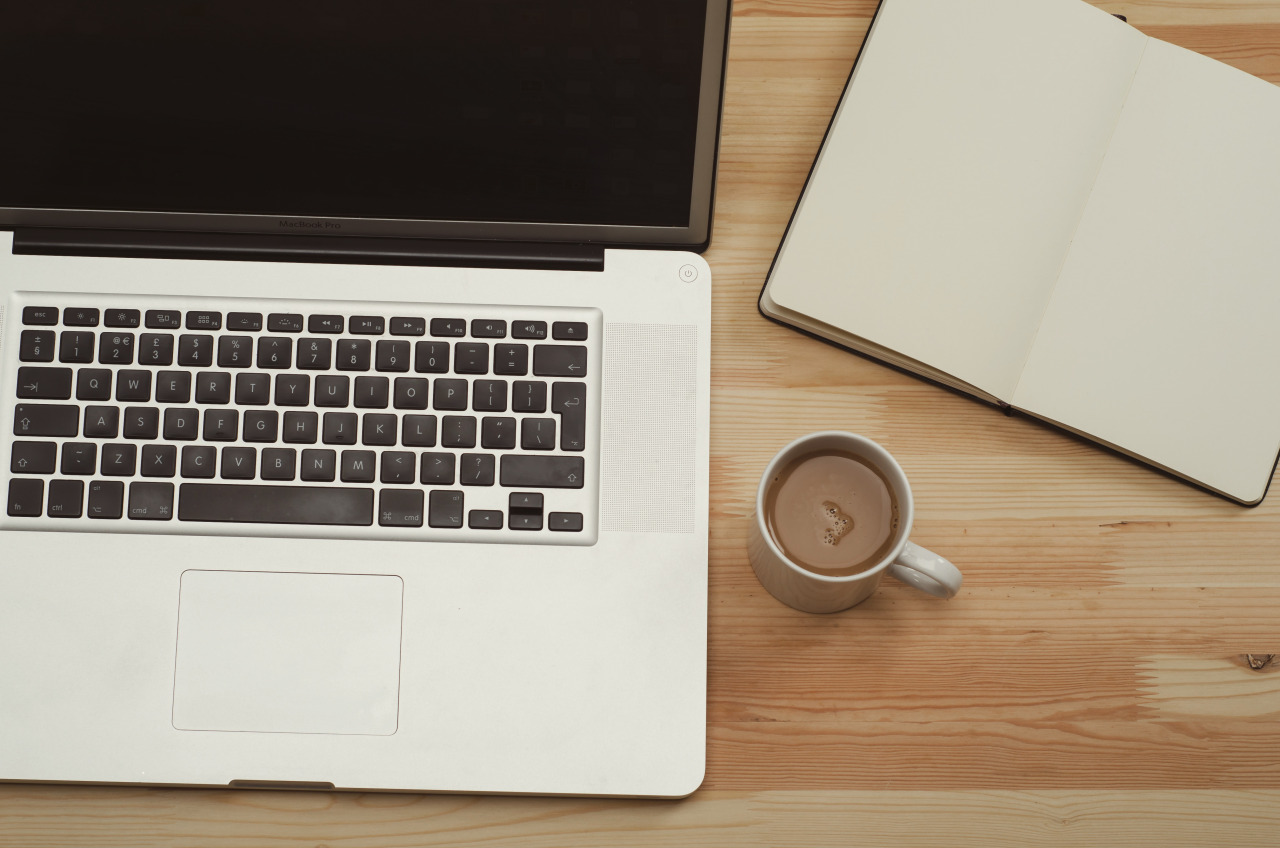 Suit Filed Against Settlers in Palestine

Greek Scramble For Physical Brings Gold Price To $1,700 Per Ounce