Afghan Islamic clerics gather at a protest to condemn the killing of Farkhunda, in Kabul, March 26. The lynching of the woman by a mob in the Afghan capital continued to fuel public anger on Thursday. Photo credit: Omar Sobhani/Reuters.

By Angela Joya
The Conversation

On March 19, a 27-year-old Afghan woman named Farkhunda was attacked in the center of Kabul in bright daylight, wrongly accused of burning a copy of the Quran.

The Kabul police initially tried to protect Farkhunda but eventually handed her over to a mob that savagely beat her, killed her and then burned her body.

This is the single most shocking instance of brutality and violence against a woman to occur in Afghanistan since the systematic stoning of women under the Taliban.

What makes this event different from the attacks and crimes against women that occurred under the Taliban is that it was committed by seemingly ordinary Afghan men from the relatively progressive capital of Afghanistan.

How, then, do we make sense of this shocking violence?

Back in 2001 when the US and its NATO allies began their state building project in Afghanistan, one of the main justifications was the defense of women’s rights.

After more than 12 years of military occupation, the US and NATO announced their imminent departure from Afghanistan last year.

An analysis of US-led efforts to build a state infrastructure in Afghanistan can help shed light on why the mob turned on one woman walking through a city market.

First, her killing is a failure of the new state to protect one of its citizens. In particular it demonstrates the weakness of the police and the institutions of justice and law enforcement – main pillars of a modern state.

Second, there seems to have been a failure on the part of US and NATO allies to see the potential contradiction between their nation building project and their stated goal of defending women’s rights.

What I am referring to here is what Turkish feminist Deniz Kandiyoti has described as a crisis of patriarchy. In Afghanistan this crisis has reached an acute moment.

Patriarchal structures of rule and power have hindered the emergence of a modern state in Afghanistan.

Women’s roles in the private and public spheres have been interpreted through traditional, rural and conservative norms that subordinate women to men.

In traditional patriarchal societies, men define their roles as breadwinners who work the land, ply their trade or engage in a skilled craft. However, decades of war and economic disruption have crippled most of the rural economy. This in turn has undermined the material foundations of patriarchy in Afghanistan.

It is against the background of patriarchy under pressure that women’s empowerment – seen by the Western occupiers as integral to Afghanistan’s rebuilding – has taken place. It is no surprise that what is, in effect, a shift in women’s social status is seen as a direct threat to the deep-seated, traditional power of men.

The allies’ state building has increased women’s participation in public life but it has failed to enact policies to manage the crisis for men.

The country is run primarily by educated, formerly exiled Afghans who returned from Pakistan, Iran and the West after the expulsion of the Taliban by US forces in 2001-2002, and a large number of international aid groups. According to the New York Times, as of December 2014, there were more than 2,300 aid agencies and more than 3,000 international aid workers in Afghanistan. Afghan society was modernized overnight with an influx of laptops and smart phones, but there has been little effort to transform gender relations.

The result of all of this is that there is a significantly large group of men who feel excluded from the benefits of the new Afghanistan, as evidenced by my examination of comments by Afghan men on social media over the past decade. These men tend to view women, especially successful and/or independent women in public spaces, as a symbol of men’s collective failure.

This crisis has reached a boiling point: women increasingly feel threatened by ordinary men in everyday situations. Previously – when the patriarchy was powerful – men felt the public space belonged to them. Now they are unemployed and unskilled, but even those who are employed feel their traditional source of power in public and private spheres vis-a-vis women is on a decline. Their anxiety about their status is being expressed violently, especially when men come together as a group, as they did in the case of Farkhunda.

Public anger against Farkhunda’s murder has resulted in the arrest of 19 suspects.

The country’s new president Ashraf Ghani has denounced her killing as a “heinous crime” and ordered an investigation.

In the meantime, however, conservative voices such as those of Mullah Ayaz Niazi are still trying to defend the old patriarchal system and are threatening that any significant sentence against the alleged murderers of Farkhunda will result in public outrage by Afghan men across the country.

If the Afghan state is to establish its legitimacy it will have to deliver justice as a first step. As a second step, however, it must be acknowledged that women’s rights and their physical safety cannot be guaranteed solely by facilitating their ability to take part in public life.

As a long-term strategy, there is a serious need for educational and vocational programs that can integrate those left out of the mainstream. It is also imperative to bring economic development to rural parts of the country and, in the process, redefine the roles of men and women to combat gender based violence.

The murder of a woman by a group of men has unified public support against the persistence of violence related to patriarchal structures of power in Afghanistan.

In the past week, thousands, including progressive men who are part of an emerging civil society in Afghanistan have taken to the streets of Kabul demanding justice from the government. Debates and discussions on Afghan television and in the media have highlighted the importance of women’s rights and women’s safety. At the same time, however, it is undeniable that there are conservative social forces (warlords, religious elites and a number of state officials) that still are powerful and not easily defeated by recent public mobilization.

The coming days will be a test of the Ashraf Ghani government – not just of its commitment to women but also of its ability to rule.

Editor’s Note: The author is an assistant professor of international studies at the University of Oregon. This article originally appeared on TheConversation.com and is reprinted here with permission. All views expressed here are solely those of the author. 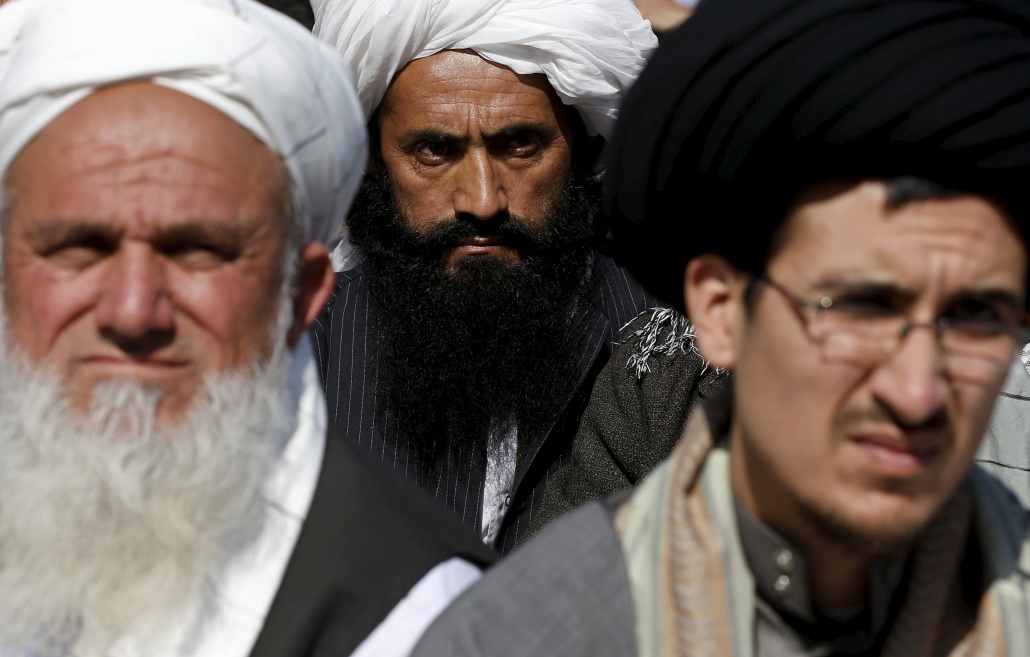 © 2020 MuslimObserver.com, All Rights Reserved
US Muslims team up with tech experts to counter ISIL US Muslim parents face education challenges
Scroll to top