Sharia Law: The Myths and Realities

There is a growing concern about “Sharia” across America. Twenty-two US states have already banned Sharia Law. Anti-Sharia rallies planned by “Act for America” held in several cities across the country. These rallies will generate a lot of fear and animosity towards Muslim Americans and there might be a surge of harassment of fellow Americans on the streets, schools, and other places. Anti-Sharia movement, commonly known as “American Laws for American Courts,” is promoted by an anti-Sharia lawyer and activist David Yerushalmi. He has written reports and drafted the model legislation emphasizing that Sharia is one of the greatest threats to American freedom. A religious minority, with one percent of the US population, cannot change the US legislative process which is well established in last 250 yrs. How can Sharia laws be a threat to the USA.

All Muslim Americans have pledged allegiance to the constitution of the USA and abide by the US Laws. No Muslim individual, group or organization can change these laws on their own. No shariah law can be implemented in the US without due process.
I have been discussing the myths and realities of Shariah Law in the US for the last 3 years and have addressed many groups in interfaith meetings, rotary club, churches and police department.

There is a distinction between Sharia and Shariah Law. Sharia is not a law, but a set of principles for the Muslim guidance based on the Holy book Quran and Prophet Muhammad’s(PBUH) sayings. Sharia is a way of life practiced by Muslims who follow religion Islam just like Jews, Christians and Hindus follow their religious practices. The sole purpose of Sharia is to create a society for the protection of Human Life, family, property, human dignity, freedom of religion and to establish justice.
Personal Sharia is not a law. It includes basics, such as Saying ‘salaam’ to greet each other, Taking time for prayers, Fasting during the month of Ramadan, Giving 2 ½ % of savings to charity, Eating Zabiha (kosher) meat, Avoiding alcohol, Avoiding taking interest, Honor parents and elderly, Observing rituals of marriage and rituals of burial. When Muslims say they want to practice Sharia law, they mean they want to follow Sharia guidelines. Defining sharia as a threat, therefore, is the same thing as saying that all observant Muslims are a threat.

Public Sharia ( Sharia laws- Fiqh) on the other hand is applicable to the community at large. Such as marriage, Marriage gift (Mahr), divorcé, inheritance, business or personal contracts). This also includes punishment for rape, theft, and murder etc. The practices like cutting the hands of the thieves, lashing or stoning the adulterers, forcing women to wear face veil and denying equal rights for women as the crude form of Sharia implemented in Saudi Arabia, Sudan, Iran, Afghanistan and few other Muslim majority nations. But in reality, many of these practices are not mentioned in the Quran and accept the above mentioned few countries very few Islamic countries implemented these laws, It is more culture-based and interpretation of specific groups, not endorsed by all Muslims. As for other scary stories attributed to sharia like honor killings and female genital cutting, these are cultural practices and not Islamic.

Those opposing sharia laws believe that Islam promotes certain primitive laws that destroy human dignity, degrades women, ostracizes non-Muslims and prescribe harsh penalties for adultery, stealing and murder. Some lawmakers are concerned that sharia laws may influence American courts and courts may not follow American laws. There’s no evidence of it, but a few GOP legislators want to make sure foreign influence never stands a chance. The main emphases that court’s ruling “should not be based on a foreign law if the application of that law would violate a right guaranteed by the United States Constitution”. There is no evidence that courts are deviating from this mandate. American courts follow American laws.

Common use of sharia in American courts is in the enforcement of Muslim marriage contracts. Like the majority of Americans, Muslims opt for a religious marriage ceremony even though they have to register their marriage. At the time of marriage as per Sharia, the couple signs a contract which includes a payment (Mahr) from the groom to the bride. In case of dispute, America judges ensure the validity of contract and expectation of parties. Sharia law is utilized in US courts in the same way as Jewish law or canon law or any other law. Our constitutions is a law of land and our judges are equipped with the constitutional framework to refuse to recognize a foreign law when necessary.

Legislators sponsoring bills against Sharia in the USA, evidently do not differentiate between Sharia and Sharia laws. The conservative Center for Security Policy, assert that all Muslims are bound to work to establish an Islamic state in the U.S. This assumption led to believe that all Muslim in America is a national security threat. Muslims first moved to the Detroit suburb of Dearborn, nearly a century ago to work in Henry Ford’s factories. For most of the past 100 years, Dearborn has been home to the largest community of Arabs in the U.S. And yet after five or six generations, Dearborn’s Muslims have not sought to see the city run in accordance with sharia. Bars and the occasional strip clubs continue to operate, and a pork sausage factory is located next to the city’s first mosque. American Muslims are not looking for the public Sharia (as practiced in Saudi, Iran or other Muslim majority nations) to be implemented in America. However, a few men and women saw the opportunity to oppose Sharia laws that no Muslim group or institution had even requested it to be implemented.

Conclusion:
Politicians carelessly throw around word sharia to scares voters. The Alabama state senator was moved by the danger posed by sharia to sponsor a bill banning it. When he was asked for a definition, he could not say what sharia was. In Tennessee, lawmakers sought to make “following sharia” a felony punishable by up to 15 years in prison — until they learned that their effort would essentially make it illegal to be Muslim in their state.

All Muslims pledge allegiance to the Constitution of the United States of America. They duly abide by US laws. How can they be a threat to America? Muslims want to practice “Sharia” not “Sharia laws” and the first amendment guarantees the freedom to practice their religion. Sharia does not pose any threat to the USA and Sharia laws can not be implemented in the USA.

Dr M.Basheer Ahmed is a former professor of Psychiatry South western medical school Dallas Texas and chairman emeritus of Muslim Community center for Human Services North Texas. He can be reached at mbahmed05@yahoo.com 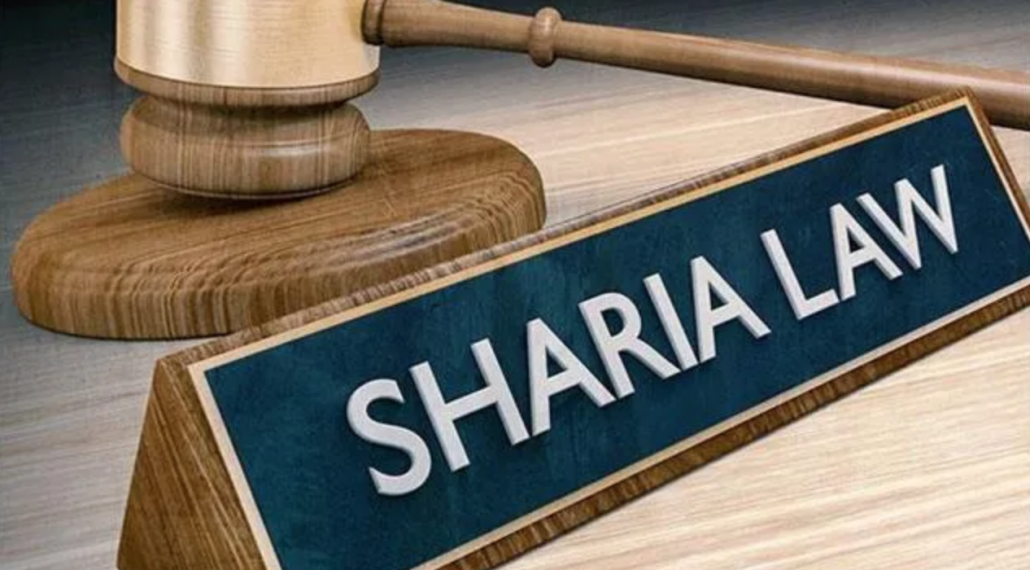 Video History of the Bosnian War

© 2020 MuslimObserver.com, All Rights Reserved
The RSS and White Supremacist Nexus