Seattle City Council, one of the most potent civic bodies in the USA, became the first local body to pass a Resolution on February 3, opposing Citizenship Amendment ACT CAA and National Register of Citizens passed by the Hindu party BJP in India. The resolution 31926 was passed on Feb, 3.  Kshama Sawant, a member of the City Council introduced the Bill. It read:
“BE IT RESOLVED BY THE CITY COUNCIL OF THE CITY OF SEATTLE, THAT: Section 1. The Seattle City Council reaffirms Seattle as a welcoming city and expresses solidarity with Seattle’s South Asian community regardless of religion and caste. Section 2. The Seattle City Council opposes the National Register of Citizens and the Citizenship Amendment Act in India, and finds these policies to be discriminatory to Muslims, oppressed castes, women, indigenous, and LGBT people. The Seattle City Council urges the United States Congress to (a) support legislation censuring the Republic of India for adopting these policies and (b) call for the Parliament of India to uphold the Indian constitution by repealing the Citizenship Amendment Act, and to stopping the National Register of Citizens, and take taking steps towards helping refugees by ratifying various UN treaties on refugees.”

In its explanation of the resolution, the Council said: The far-right Bharatiya Janata Party (BJP) government of Indian Prime Minister Narendra Modi has been criticized for promoting violence against religious minorities, silencing dissent, and actions which earned Prime Minister Modi the nickname “the Butcher of Gujarat,” a reference to the 2002 massacre – when Narendra Modi was Chief Minister of the state of Gujarat – in which an estimated 2,000 people were killed in anti-Muslim violence, and many Muslim women were targeted for rape and other forms of sexual violence. On December 11, 2019, the Indian parliament passed the Citizenship Amendment Act (CAA), which the BJP government claims will help refugees fleeing religious persecution from neighboring countries, but which blatantly discriminates, allowing the National Register of Citizens (NRC) to be updated for citizenship based on religion, favoring Hindu, Buddhist, Jain, Parsi, and Christian immigrants, while excluding Muslim people.

The CAA is the first instance of religion being used as a criterion for Indian citizenship. In August 2019, Modi’s right-wing government published an updated NRC, requiring nearly two million people in the northeastern state of Assam to prove with documentary evidence their Indian citizenship or face detention at mass prisons and detention camps that the Indian government has begun to build and fill. Most Indians lack documentation such as birth certificates to prove citizenship, and nationwide expansion of the NRC could strip hundreds of millions of people (disproportionately Muslim, oppressed castes, women, indigenous and LGBT communities) left out of the CAA of their citizenship rights with no option to be re-naturalized. This resolution reaffirms Seattle as a welcoming city and expresses solidarity with Seattle’s South Asian community regardless of religion and caste. It also resolves that the Seattle City Council opposes the National Register of Citizens and the Citizenship Amendment Act in India, and finds these policies to be discriminatory to Muslims, oppressed castes, women, indigenous, and LGBT people. This resolution urges the Parliament of India to uphold the Indian constitution by repealing the Citizenship Amendment Act, and to stop the National Register of Citizens, and take steps towards helping refugees by ratifying various UN treaties on refugees.”

The RSS and BJP related outfits in the US opposed the resolution. These Modi supporters called Sawant misguided, misinformed and indulgent in spreading divisive and dangerous lies about India and interfering in the internal matters of another country. In their opposition, they accused Pakistanis and Bangladeshis of raping millions of women. They said: “the percentage of Hindu population in Pakistan in 1941 was nearly 14% and today is about 1.5%, similarly in Bangladesh, it was 22% Hindus in 1951,  now reduced to about 10%. While the numbers may seem small in percentages, the actual numbers are in millions.”

“At the same time, the percentage of Muslims in India since 1950 has grown from approximately 9% to 15% ( as per the 2011 census).” The Council members by a majority vote rejected the false claims of Modi supporters and acknowledged that the Butcher of Gujarat was leading India. 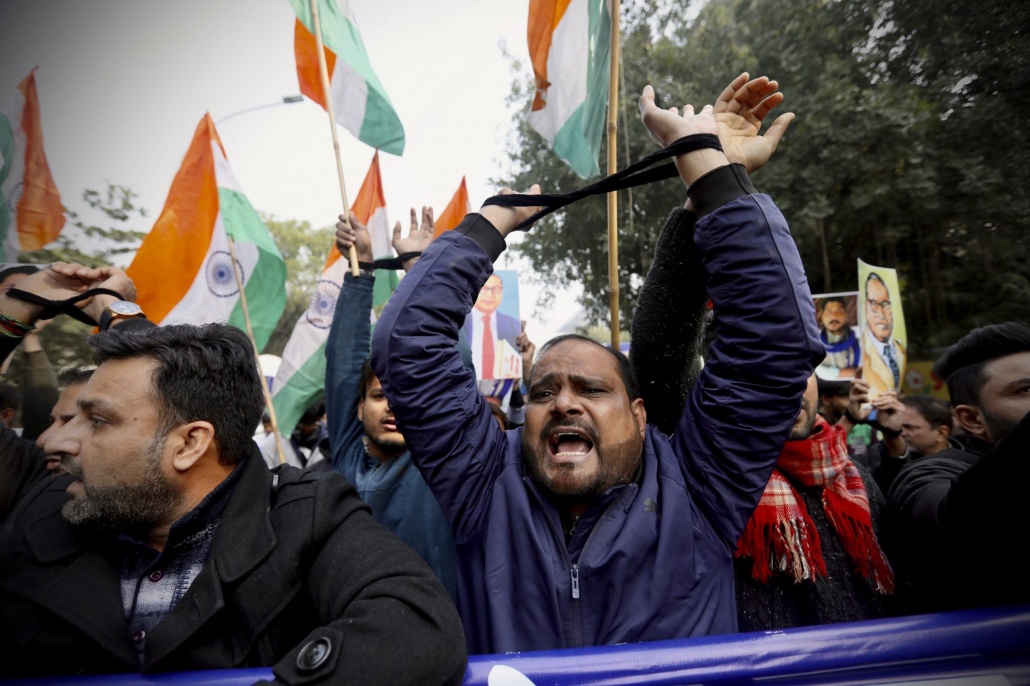 43% of Americans Admit to Feeling Some Prejudice toward Muslims

American Muslims–Shed the Cynicism and Get Engaged
By Parvez Ahmed I was there. One of the 84,000 at Invesco Field witnessing history. The day and the moment…

Critical Race Theory. What is it, and why does the right-wing hate it so much?

DHS to exclude New Yorkers from travel programs in retaliation for state ‘sanctuary’...
Scroll to top