RIYADH – Saudi Arabia’s King Abdullah died early on Friday and his brother Salman became king, the royal court in the world’s top oil exporter and birthplace of Islam said in an official statement.

King Salman has named his half-brother Muqrin as his crown prince and heir, rapidly moving to forestall any fears of a succession crisis at a moment when Saudi Arabia faces unprecedented turmoil on its borders.

The rise of Islamic State in war-torn Syria and Iraq has brought to the kingdom’s frontiers a militant group that vows to bring down the Al Saud dynasty.

In Yemen, the Iran-allied Shi’ite Houthis have all but seized power and plunged the country to the brink of total chaos, opening space for Al Qaeda, which waged an insurgency in Saudi Arabia from 2003-06 and nearly killed a top prince in 2009.

The problems in all those countries are being played out against an overarching backdrop of bitter rivalry between Sunni Muslim Saudi Arabia and its arch regional foe Shi’ite Iran and bumps in Riyadh’s key relationship with the United States.

Meanwhile the oil price has more than halved since June, leaving the kingdom likely to face its first budget deficit since 2009 and navigating difficulties with other OPEC members that disagree with its strategy not to defend prices.

“His Highness Salman bin Abdulaziz Al Saud and all members of the family and the nation mourn the Custodian of the Two Holy Mosques King Abdullah bin Abdulaziz, who passed away at exactly 1 a.m. this morning,” said the statement carried by state television.

Abdullah, said by the Saudi embassy in Washington to have been born in 1924, had ruled Saudi Arabia as king since 2005, but had run the country as de facto regent for a decade before that after his predecessor King Fahd suffered a debilitating stroke.

“As a leader, he was always candid and had the courage of his convictions,” Obama said in a statement. “One of those convictions was his steadfast and passionate belief in the importance of the U.S.-Saudi relationship as a force for stability and security in the Middle East and beyond.”

President George H. W. Bush who sent an American army to Saudi Arabia to help repel Iraqi forces from Kuwait in 1990-91, described Abdullah as “a wise and reliable ally, helping our nations build on a strategic relationship” in a statement.

In contrast, radical Sunni Islamist militants who want the kingdom’s destruction rejoiced on Twitter and on hardline online forums, with some praying that God make the death of a man they see as a “tyrant” the beginning of the end for Saudi Arabia.

Abdullah pushed cautious changes in the conservative Islamic kingdom including increased women’s rights and economic deregulation, but made no moves towards democracy.

At stake with the appointment of Salman as king is the future direction of the United States’ most important Arab ally and self-appointed champion of Sunni Islam, which has played a pivotal role in the messy aftermath of the Arab spring.

Abdullah played a guiding role in Saudi Arabia’s support for Egypt’s government after the military intervened in 2012, and drove his country’s support for Syria’s rebellion against President Bashar al-Assad.

King Salman, thought to be 79, has been part of the ruling clique of princes for decades and is thought likely to continue the main thrusts of Saudi strategic policy, including maintaining the alliance with the United States and working towards energy market stability.

During his five decades as Riyadh governor he was reputedly adept at managing the delicate balance of clerical, tribal and princely interests that determine Saudi policy, while maintaining good relations with the West.

“I think he will continue with Abdullah’s reforms. He realizes the importance of this. He’s not conservative in person, but he values the opinion of the conservative constituency of the country,” said Jamal Khashoggi, head of a news channel owned by a Saudi prince.

“King Abdullah was willing to challenge the conservatives, but not to crush them. Salman respected the status quo. He wanted reform but was very much connected to the tribal mentality, the conservative nature of his constituency,” he added.

Crown Prince Muqrin was placed firmly in the line of succession by Abdullah a year ago after serving as the kingdom’s intelligence chief and later an adviser to the king on foreign and security policy.

He promised to continue Abdullah’s reforms, but has also demonstrated a populist edge by demanding banks serve the interests of Saudi citizens more fairly.

In the long term Saudi rulers have to manage the needs of a rapidly growing population plagued by structural unemployment, and an economy that remains overly dependent on oil revenue and undermined by lavish subsidies.

Saudi Arabia, which holds more than a fifth of the world’s crude oil, also exerts some influence over the world’s 1.6 billion Muslims through its guardianship of Mecca and Medina, Islam’s holiest sites.

In a country where the big ministries are dominated by royals, successive kings have kept the oil portfolio reserved for commoners and insisted on maintaining substantial spare output capacity to help reduce market volatility.

A Saudi businessman in Jeddah told Reuters: “People are very sad because they loved him very much.

“He was a father figure, sincere, and truly a king. He was always trying to be the arbitrator. He kept his word and was known for his loyalty.”

(Reporting By Angus McDowall and Ahmed Tolba in Cairo, Editing by William Maclean and Samia Nakhoul) 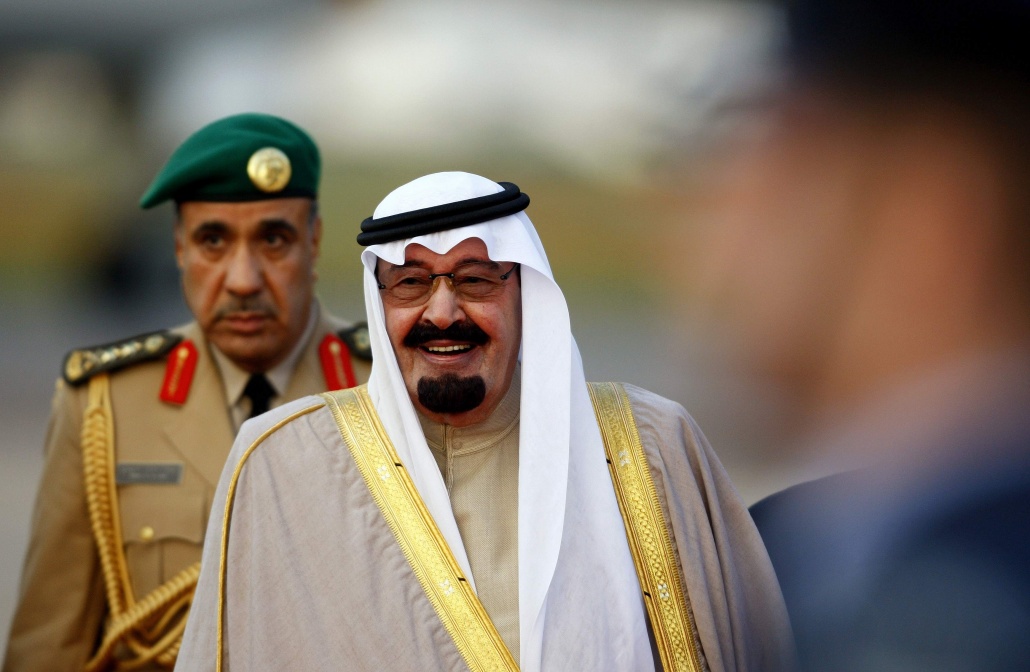