The nationâ€™s unnerving descent into debt began a decade ago with a choice, not a crisis.

In January 2001, with the budget balanced and clear sailing ahead, the Congressional Budget Office forecast ever-larger annual surpluses indefinitely. The outlook was so rosy, the CBO said, that Washington would have enough money by the end of the decade to pay off everything it owed.

Voices of caution were swept aside in the rush to take advantage of the apparent bounty. Political leaders chose to cut taxes, jack up spending and, for the first time in U.S. history, wage two wars solely with borrowed funds. â€œIn the end, the floodgates opened,â€ said former senator Pete Domenici (R-N.M.), who chaired the Senate Budget Committee when the first tax-cut bill hit Capitol Hill in early 2001.

Now, instead of tending a nest egg of more than $2 trillion, the federal government expects to owe more than $10 trillion to outside investors by the end of this year. The national debt is larger, as a percentage of the economy, than at any time in U.S. history except for the period shortly after World War II.

Polls show that a large majority of Americans blame wasteful or unnecessary federal programs for the nationâ€™s budget problems. But routine increases in defense and domestic spending account for only about 15 percent of the financial deterioration, according to a new analysis of CBO data.

The biggest culprit, by far, has been an erosion of tax revenue triggered largely by two recessions and multiple rounds of tax cuts. Together, the economy and the tax bills enacted under former president George W. Bush, and to a lesser extent by President Obama, wiped out $6.3 trillion in anticipated revenue. Thatâ€™s nearly half of the $12.7 trillion swing from projected surpluses to real debt. Federal tax collections now stand at their lowest level as a percentage of the economy in 60 years.

Big-ticket spending initiated by the Bush administration accounts for 12 percent of the shift. The Iraq and Afghanistan wars have added $1.3 trillion in new borrowing. A new prescription drug benefit for Medicare recipients contributed another $272 billion. The Troubled Assets Relief Program bank bailout, which infuriated voters and led to the defeat of several legislators in 2010, added just $16 billion â€” and TARP may eventually cost nothing as financial institutions repay the Treasury.

Obamaâ€™s 2009 economic stimulus, a favorite target of Republicans who blame Democrats for the mounting debt, has added $719 billion â€” 6 percent of the total shift, according to the new analysis of CBO data by the nonprofit Pew Fiscal Analysis Initiative. All told, Obama-era choices account for about $1.7 trillion in new debt, according to a separate Washington Post analysis of CBO data over the past decade. Bush-era policies, meanwhile, account for more than $7 trillion and are a major contributor to the trillion-dollar annual budget deficits that are dominating the political debate.

As Congress prepares this week to launch a high-stakes battle over whether to raise the legal limit on borrowing, the analyses offer a clearer view of the drivers of the debt â€” and of the difficulty of re-balancing the budget without new tax revenue.

Most Republicans reject raising taxes as part of the solution; House Speaker John A. Boehner (Ohio) has called it a â€œnon-starter.â€ But Democrats wonâ€™t go for a proposal based solely on spending cuts. Theâ€œGang of Six,â€ a bipartisan Senate group dedicated to debt reduction, is expected to unveil a strategy as soon as this week that couples sharp spending cuts with a rewrite of the tax code that would raise additional revenue.

(The debt ceiling, set at $14.3 trillion, covers all federal debt, including money the Treasury owes other federal entities, such as the Social Security trust fund. The CBO data focus on the portion of the debt borrowed from outside investors. The debt is the accumulation of annual deficits; if annual budgets are in surplus, the nation can pay down the debt.)

The annual surpluses that set the nation on this course emerged in the final years of the Clinton administration. In the typical American household, a surplus comes as welcome news. But the White House is not a typical household. When Treasury Secretary Robert Rubin saw the budget shift into the black in 1998, he immediately warned President Bill Clinton that, politically, it was a mixed blessing.

Rubin wanted to use the surplus to start repaying the debt, which was then just more than $3 trillion. The White House billed it as â€œsaving Social Security first,â€ viewing the surplus as an opportunity to shore up the nationâ€™s finances before huge numbers of the baby boom generation began claiming federal retirement benefits. â€œThe problem was a whole other part of the political spectrum wanted to use the surplus for tax cuts,â€ Rubin said in an interview. â€œThey said they wanted to give the people back their money. Of course, it was also the peopleâ€™s debt.â€

What to do with the surplus became a central issue of the 2000 presidential campaign, with Vice President Al Gore arguing that much of it should be put in a â€œlockboxâ€ to protect Social Security and Medicare. Bush pushed for a broad tax cut, arguing that taxpayers at all income levels were owed a refund. â€œSome say that the growing federal surplus means Washington has more money to spend, but theyâ€™ve got it backwards,â€ Bush said as he accepted the GOP nomination in August 2000. â€œThe surplus is not the governmentâ€™s money. The surplus is the peopleâ€™s money.â€

As soon as he took office, Bush pushed Congress to make good on his tax pledge. Less than a week after his inauguration, he got a boost from Federal Reserve Chairman Alan Greenspan, who testified before the Senate Budget Committee that â€œtax reduction appears requiredâ€ to prevent the federal government from accumulating too much cash. Greenspan feared that large surpluses would turn the government into the nationâ€™s largest investor, creating distortions in the markets.

A chorus of skeptics warned against spending the surplus. Some stressed the inherent uncertainty of the CBO projections. Others said a big tax cut would unleash pent-up desire in both parties to pursue expensive priorities without the pay-as-you-go restraints that had helped produce the surplus.

Congress approved a $1.35 trillion tax cut in record time. A second package, worth $350 billion, followed in 2003. Together, they constituted one of the largest tax cuts since World War II, according to the conservative Tax Foundation.

Bushâ€™s first Treasury secretary, Paul Oâ€™Neill, resigned after the White House decided to pursue the 2003 measure. â€œI believed we needed the money to facilitate fundamental tax reform and begin working on unfunded liabilities for Social Security and Medicare,â€ Oâ€™Neill said in an interview. But the White House, he said, was focused on improving economic growth for the fourth quarter of 2004. â€œThey wanted to make sure economic conditions were great going into the presidentâ€™s reelection.â€

Proponents of tax cuts argue that the legislation merely returned tax collections to their appropriate levels. They note that the CBOâ€™s 2001 forecast assumed that tax collections would stay above 20 percent of the nationâ€™s gross domestic product (defined as the total of all economic output) â€” well above the historic average of 18 percent of GDP.

â€œItâ€™s not obvious that America was ready to have taxes at a level this high persistently,â€ said Donald Marron, a former CBO director who now heads the nonprofit Tax Policy Center. â€œSome degree of tax cutting was inevitable.â€

But some key advocates of the tax cuts now say such a large reduction was probably ill-advised.

â€œNobody would have thought that all these things would have happened after you cut taxes,â€ Domenici said. â€œThat youâ€™d have two wars and not pay for them. That youâ€™d have another recession. A huge extravaganza of expendituresâ€ for the military and homeland security after the Sept. 11, 2001, attacks. â€œYou would pause before you did it, if you knew.â€

Bill Thomas, the former House Ways and Means Committee chairman who helped shepherd the tax cuts through Congress, defended the 2003 package as â€œfuel for the economy.â€ But he said in an interview that the 2001 measure was larded with â€œstuff that I was not all that wild about,â€ including bipartisan priorities such as a big increase in the child tax credit and a break for married couples â€” provisions Thomas believes did little to promote economic growth and amounted to â€œthrowing money out the window.â€

â€œI couldnâ€™t do anything about it,â€ said Thomas, a California Republican who retired in 2006. â€œYouâ€™re the candy man when you advocate those kinds of tax cuts.â€

In the end, Bush cut taxes and spent more money. Good times masked the impact, as surging tax revenues reduced the size of year-to-year deficits during the first three years of his second term. But after the economy collapsed during Bushâ€™s final year in office, deficits â€” and therefore the debt â€” began to explode as Obama sought to revive economic activity with more tax cuts and federal spending.

Today, the CBO forecasts are unrelievedly gloomy, showing huge deficits essentially forever. As policymakers grapple with the legacy of the past decade, a demographic wave of senior citizens is crashing at their doorstep, driving up the cost of Medicare, Medicaid and Social Security.

William Hoagland, who was for years a top budget aide to Domenici and other GOP Senate leaders, said it is simplistic to think todayâ€™s fiscal problems began just 10 years ago. In 1976, as a young CBO analyst, Hoagland produced a long-term simulation that showed entitlement costs gradually overwhelming the rest of the federal budget.

â€œThis situation really goes back to long before [the Bush administration], which is to say to old dead men that have long left the Congress,â€ he said.

Still, Hoagland said, the abandonment of fiscal discipline in the wake of the surpluses clearly didnâ€™t help. â€œNobody pushed for paying for this stuff,â€ he said. Not even after â€œit became very clear in the middle of 2003 that the line had turned on us. And the surpluses as far as the eye could see were no longer there.â€ http://www.washingtonpost.com/business/economy/running-in-the-red-how-the-us-on-the-road-to-surplus-detoured-to-massive-debt/2011/04/28/AFFU7rNF_story.html?nl_headlines 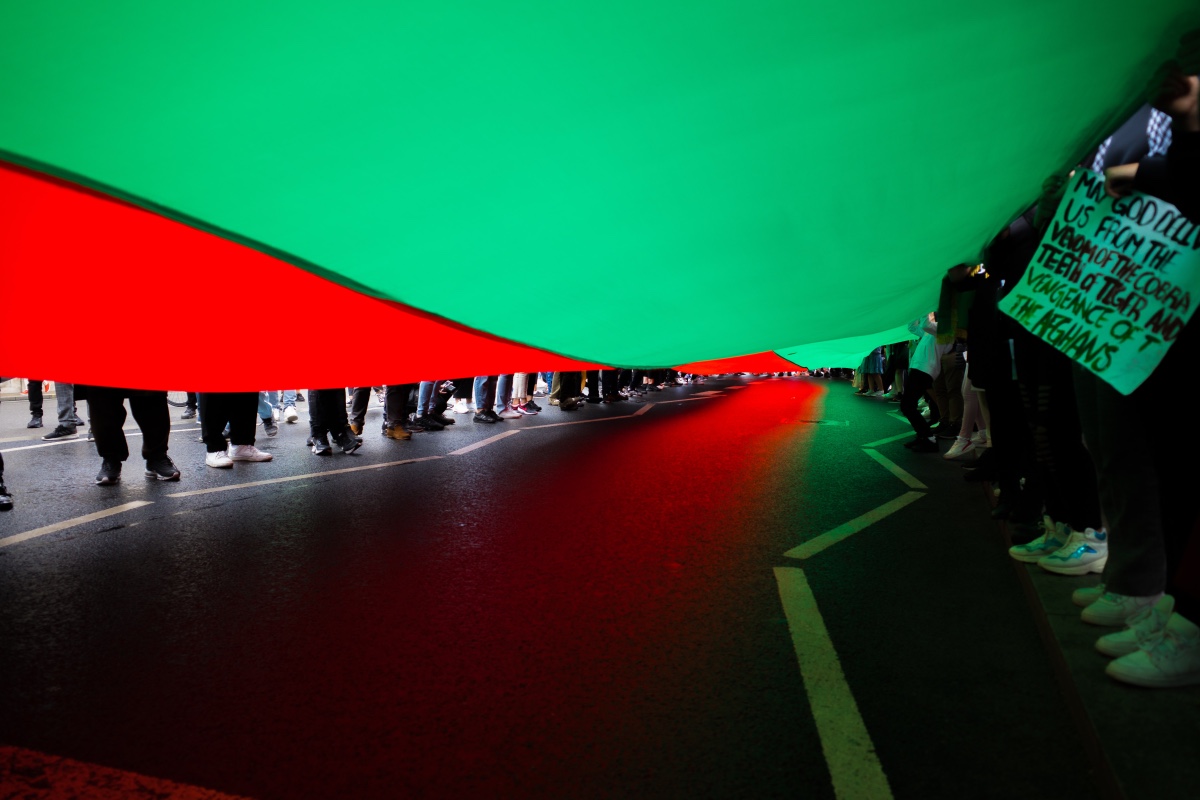 How you can help Afghan refugees during the current crisis 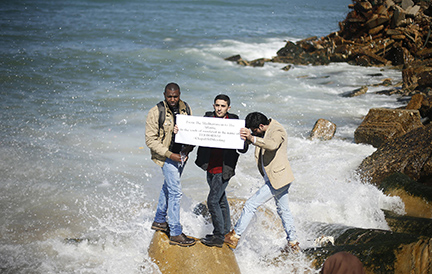 Can FBI Investigate any American Without Evidence?
Associated Press WASHINGTONâ€”The Justice Department is considering letting the FBI investigate Americans without any evidence of wrongdoing, relying instead on…

© 2020 MuslimObserver.com, All Rights Reserved
Today Detroit – Tomorrow, Every City in America Wake Up, America! You’re Falling Behind
Scroll to top