For many Muslims, adherence to Islamic dietary laws, known as halal, is an intrinsic part of their everyday lives. Even those who are relatively lax with other rituals of the faith tend to adhere to halal. But a spate of scandals involving halal meat – first in Europe and now in the US – threatens the reliability of the industry and highlights the need for improved oversight.

There are 1.6 billion Muslims around the world who collectively support a market for halal foods that is currently valued at more than US$1 trillion. The demand for halal products from countries like the US is certain to grow because a large number of Muslim-majority countries do not have enough agriculture and livestock resources to feed their booming populations. Saudi Arabia, Qatar and the other Gulf Cooperation Council countries, for example, are expected to import US$53 billion of halal food by 2020.

The superior quality of its products has made the US a leader in the global market for food prepared by Islamic standards. But increasingly it is facing stiff competition from both established and emerging players like Canada, Australia, New Zealand, Russia, Brazil and Uruguay. In order to maintain its competitive edge, the US needs to bolster its halal-assurance mechanisms. This is necessary not only for the export market but also to instill confidence among the millions of domestic halal consumers in America.

Last month, Bill Aossey Jr, founder of Cedar Rapids, Iowa-based Midamar Corp, was indicted on 19 felony counts for allegedly shipping mis-branded meat to Indonesia and Malaysia from 2007 to 2010. He is accused of making false statements on export certificates and committing wire and money fraud. Indonesia and Malaysia have strict halal import regulations that require that the meat be processed only at their approved slaughterhouses. Aossey Jr has been accused of shipping beef from a Minnesota plant that had no such approval from the two importing countries.

Midamar insists that it was a minor labeling issue and that the meat it shipped was halal. Its lawyer criticized the government for initially accusing the company of not being compliant with halal rules but later retracting that allegation. He also accused the government of ‘improperly trying to define halal standards’. Defining what is halal or not should be left to the Muslim faithful without governmental interference, he appears to be saying.

The controversy surrounding Midamar is emblematic of the issues plaguing the industry. Unlike the Kosher food sector, there is no widely accepted golden halal standard in the US or even internationally. Despite some initiatives taken by the Organization of Islamic Cooperation, a universal standard has yet to emerge. While all Muslims agree on the fundamentals of Islamic dietary laws, as mentioned in the Quran, there are significant disagreements when it comes to the details.

Unlike kosher, there is no universally recognized standard for proper halal food preparation. But there are a few minimal consumer expectations. Reuters

Some of the contentious issues include: the permissibility of stunning an animal, mechanical versus manual slaughter, vertical versus horizontal cut, permissibility of minute quantities of alcohol as processing agents, and the list goes on. Adding a further dimension of complexity is the growing awareness among Muslims that the food they consume should not only be halal but also ethical. Proponents of this movement highlight issues such as the humane treatment of animals and the use of genetically modified organisms.

As a result of this lack of consensus, the definition of halal can be as expansive or as restrictive as one wants it to be. This obviously poses a problem for food manufacturers frustrated by the diversity of opinion and unable to adhere to a set standard. But despite the disagreements, the average Muslim consumer has come to expect some basic standards. At a minimum, halal signifies that the permissible animal or bird has been slaughtered by a Muslim; that it is alive at the time of the slaughter; that a ritual blessing is invoked; and that the blood is completely drained out.

But this diversity of definitions creates a large loophole for fraud. Businesses and individuals have charged premium fees for generic meats they incorrectly labeled halal. Several private halal certifiers do provide some oversight of the industry but that has proven to be inadequate. The fact that there are no regulations governing the certifiers means that anyone can claim to be one. This has led to the mushrooming of scores of “certifiers” with little or no religious or technical expertise. A related problem is that of self-certification by the companies. This essentially makes the whole exercise redundant as then there is no third-party oversight.

The US government’s regulation of what constitutes halal works in a fragmented and haphazard manner. The Department of Agriculture oversees federally regulated plants and also inspects exporters to ensure that they meet the importing country requirements. Since 2000, eight states have also enacted their own halal consumer protection legislation similar to the ones that were designed for kosher consumers. But the scope of these laws is often vague and poorly implemented. Cutbacks in the public sector has led to an acute shortage of inspectors, making them effectively toothless. But there have been rare cases when the authorities did crack down on those indulging in fraud. The Orange County District Attorney, for instance, obtained a US$527,000 settlement in 2011 from a business which was fraudulently selling selling generic meat as halal.

In order to protect both the consumers and the reputation of the industry, it is vital that a holistic approach be adopted involving all stakeholders. There are obvious limitations to governmental involvement due to the separation of church and state principle. But it can certainly improve transparency and consumer information by mandating that anyone selling a product as halal should back up that claim. The disclosure requirements of New York’s Halal Food Act of 2005  if strictly implemented, which they are currently not, could serve as a good model. The government can also regulate the certifiers by imposing a minimum set of standards including qualifications and avoidance of conflict of interest.

Bureaucratization and professionalization of the halal certifiers at a minimum will greatly improve reliability – as it has in the kosher industry – if not completely eliminate fraud. A transparent and reliable American halal industry is good not only for consumers but also for businesses.

Editor’s Note: Mohammed Ayub Khan is a PhD candidate in the Department of Political Science at McMaster University in Canada and a frequent TMO contributor. The views expressed here are his own. 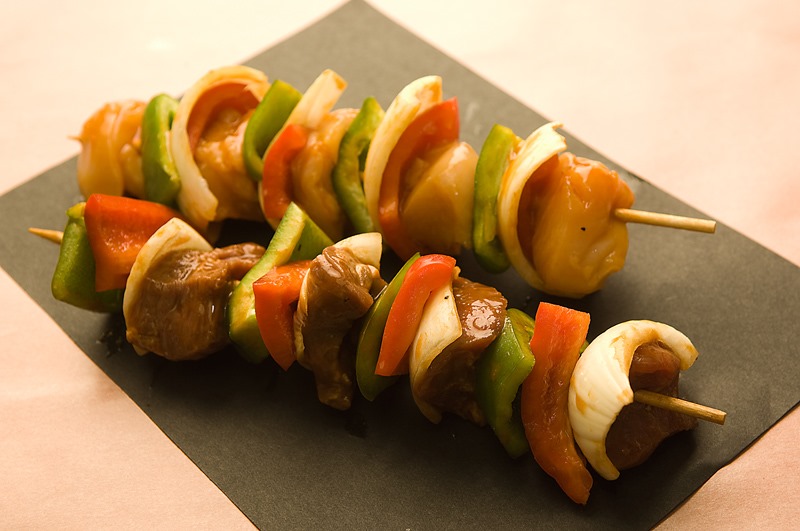 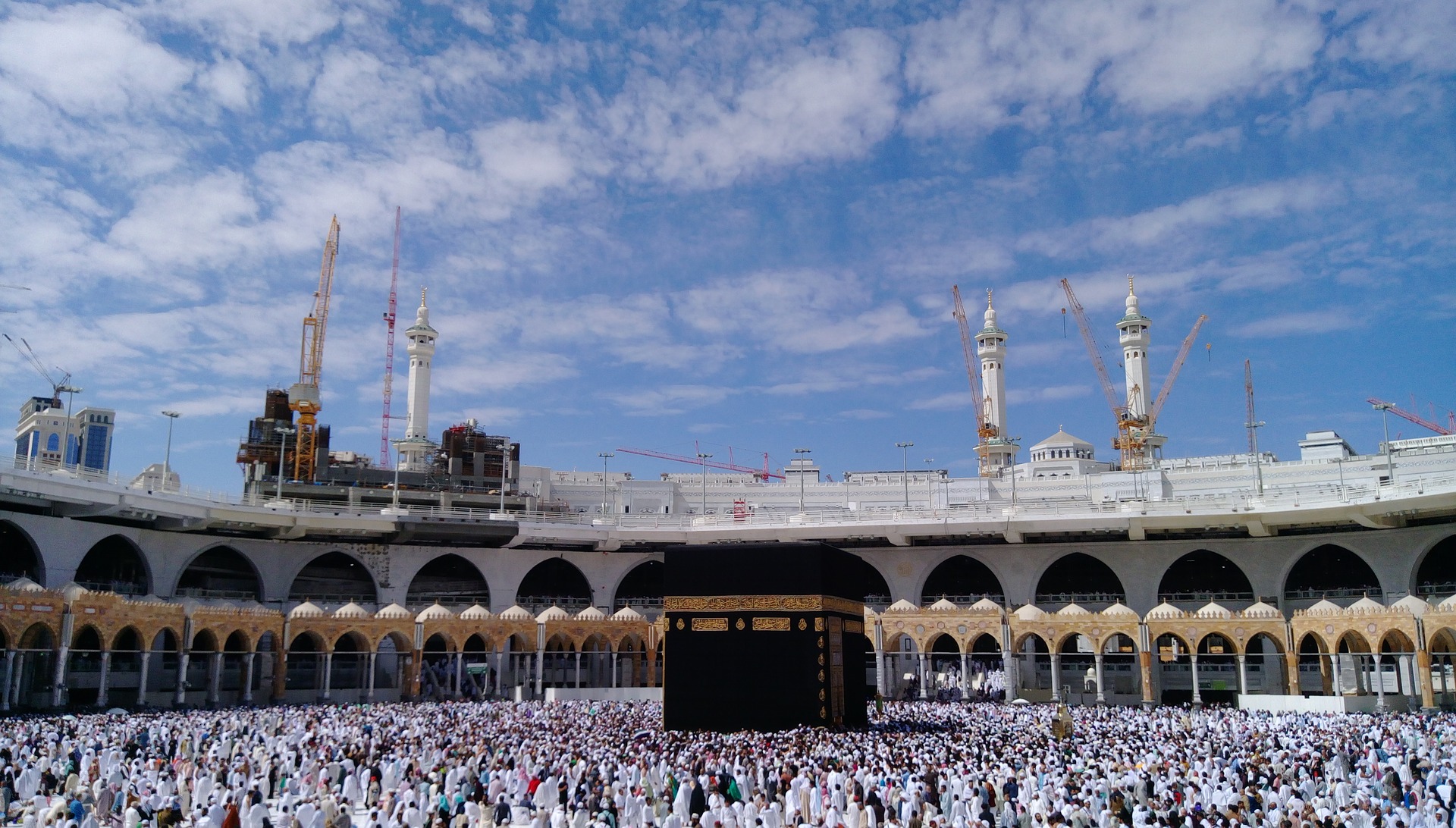 Some 9 million Muslims live in Russia – research
Courtesy Interfax News Agency Moscow, April 22, Interfax - 6 per cent or about 8.7 million Russians consider themselves the…

Coffee at its Origin
Scroll to top