What do you do when you learn the players you root for are rotten?

I grew up in the 1980’s and 1990’s where sports stars routinely got into trouble for substance abuse. Athletes like Doc Gooden and Lawrence Taylor had an appetite for drugs that derailed promising careers and made budding athletes like me feel cheated. As an adult I came to understand that those men had deeper issues.  They were sick and needed help.  Those who got help were able to contribute to sports and society in a meaningful way, even if they still navigated their addiction.

But this recent story about former NFL star Darren Sharper has me feeling cheated in a new, more intense, more disturbed way.

Darren Sharper was a good kid raised in the Richmond, VA suburbs with a family history of football success.  His father had a brief NFL stint and his brother, Jamie, is also an NFL champion. Darren was an honor student, student council representative, popular, and respected. While playing pro-ball, he also hosted and ran football camps for young people.  After retiring, he was a broadcast analyst with the NFL network.  Handsome, intelligent, and charming, Darren Sharper was the model star athlete.

Today, Darren Sharper is going to prison for nine years for 9 sexual assault charges in 3 different states.  He is accused of and plead guilty to drugging and raping multiple women.

One NFL insider told me this: “Most of these athletes from a young age are taught that they can do anything they want and that they are invincible to punishment or repercussions as long as they perform on the field/court and win games. So after a while they are unaware of what’s right and wrong and they don’t know that they can be held accountable for their actions.”

There is also the toll that the career takes. Fans support teams and stars without a sense of the physical pain they suffer or the mental anguish that pro-sports culture can impose and exacerbate.  Habitual drug use may be linked to their need to mask the pain. What is the consequence of 14+ years of masking pain with drugs? How does that affect your sense of judgment?

I played college football against Darren Sharper.  A few years older than me, he was already a legend on the William & Mary gridiron.  I’ll never forget when I went head to head with Sharper, blocked 3 punts, and still lost.  Sharper was the nice guy that kept his cool, that you could shake hands with and share a laugh with at the end of a brutal game.  I watched Sharper play for and win with the Green Bay Packers and the New Orleans Saints.  He came out of the same Division 1-AA league that I did and he made me proud. For a moment, his success was my success.

So how about his monumental failure?

Clearly, Sharper’s image was not his reality, his crimes disgusting, devastating, and serious.  As a society, we need to pay more attention to the troubles athletes face – because we support an industry that breeds an environment that can take a young, bright, rising star and turn him into a convicted rapist. 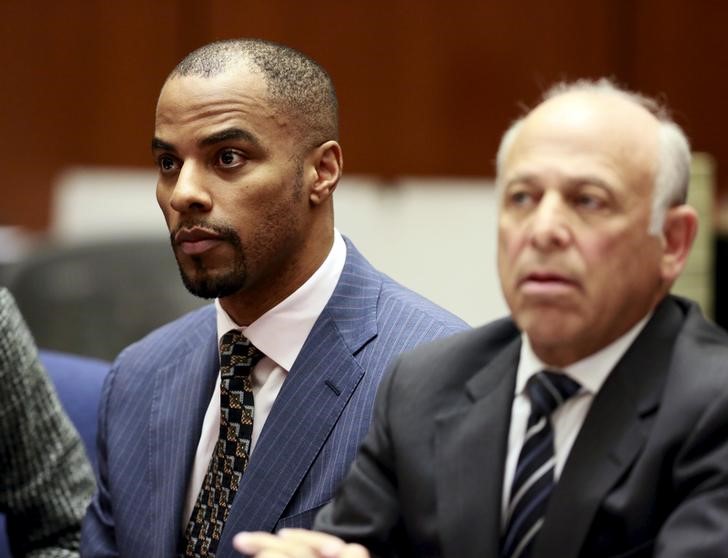 Is Saudi Arabia Next?

Finding beauty in the struggle of early motherhood
Scroll to top