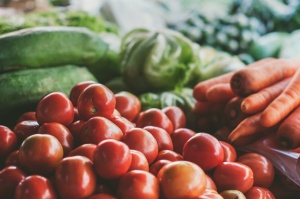 For the pseudo Mexican cuisine lover, Chipotle is a fan favorite. The love runs deep on the Internet, with slews of memes and videos paying homage to the beloved restaurant. However, Chipotle has been under fire for a string of food poisoning outbreaks, specifically E. coli, hitting 11 states, affecting 55 people, and even hospitalizing 21 of them.

Initially, this  started sometime around November of last year in Washington and Oregon, and the company was forced to shut down 43 restaurants that were potentially linked in those areas. However, all of these restaurants were reopened within the same month after the Centers for Disease Control and Prevention (CDC) inspected them. According to a Food and Drug Administration’s (FDA) report, they and the CDC couldn’t find a single trace back ingredient, owing to the complexity of Mexican-inspired cuisine and the fact that Chipotle prepares most of its food in the stores versus a distribution center. Even so, all national restaurants closed on Feb. 8 for a food safety meeting with employees.

All of this raises a few questions. What will happen to the future of the chain? What happened to the customers? Did Chipotle make huge losses in trying to fix any health safety issues?

To answer these issues, we would have to look at the broad problem of food poisoning in restaurants in our country. About 48 million people will get food poisoning each year. Of those people, 128,000 will be hospitalized and 3,000 of them will ultimately die from it. What happened with Chipotle pales in comparison. It even goes to say that some believe that the outbreaks started from sick employees handling food. With that reasoning, food poisoning isn’t unique to Chipotle and it’s inevitable that it won’t be the last company to face something like this.

As of late, the company has started making changes towards preventing any other foodborne illnesses from originating from their chain. When an earlier outbreak of Salmonella happened, Chipotle stopped processing tomatoes at the individual restaurants and moved it to a centralized distribution location. Additionally, some recent changes include marinating meat at night, when no one is around to contaminate raw meat germs with fresh, uncooked vegetables, blanching foods like lemons, avocados, jalapenos, and onions in boiling water to kill harmful bacteria that may live on their skins, and giving sick leave so employees won’t come into work when they’re not feeling well.

In light of these changes, some experts have weighed in to note how Chipotle’s Public Relations team has failed in gaining customers. For example, the company wanted to give free burritos to make up for the Feb. 8 closings, by giving coupons to people who text a certain number. However, this went south for Maryland patrons who accidentally added an extra digit to the number used in the promotion. They ended up texting a random lawyer from Bethesda, who was bombarded with requests for free burritos.

This may be an innocent, albeit whimsical, mistake. However, the losses that the company is facing are very real. On Feb. 5, investors sued Chipotle for not informing them about quality control measures that were “inadequate to safeguard consumer and employee health.”

In light of everything that has happened since November, stock prices have plummeted by at least 30 percent, with the lowest on Jan. 12 at $404. Chipotle has normally sold between $500 and $700. There hasn’t been a price drop this bad since the stock bubbled and then crashed in 2012. Since then, it has experienced tremendous growth–up until the recent outbreak of E. coli.

As for customers, on top of the stock price drop, business slowed down during December and January. Chipotle reported losing millions of dollars from paranoia and general distrust. Whether or not they can bounce back from it is something we’ll have to watch out for in the following months.

Ironically, in trying to improve food safety and gain customers, they’ve actually lost huge profits and have an unclear future. Yet, as we begin this new year, we’ll see just how fast and well Chipotle can redeem itself.