You never know what youâ€™ll see when you hit the road in the Gulf, and there is absolutely no guarantee you will make it safely back home. In Kuwait, for example, motorcyclists weave in and out of traffic so fast that motorists rarely have time to blink. In Qatar, a typical drive might include sharing the road with a driver who all of a sudden decides to balance his vehicle on 2 tires as he speeds past you. In Dubai, where there is a definite need for speed, you might have trouble keeping up as most motorists ignore the posted speed limits and travel down the roadways as if they are competing in an Indy race. Driving on the roadways, in any of the Gulf nations, is literally taking a gamble with your own life.

Careless driving, accompanied by driver-induced distractions like talking on cell phones applying make-up, or fidgeting with hijabs or gutras is what makes traffic accidents the 7th leading cause of death in the Gulf. In addition, the lack of driverâ€™s education of basic road rules, and zero enforcement of traffic laws by authorities, also help to make the roadways unsafe for drivers. According to the World Health Organization (WHO) globally, every 1000 road accidents results in 7 fatalities. However, in the Gulf, the rate of road accidents is often doubled and sometimes quadrupled. The WHO estimates that by 2020 the rate of traffic-related deaths and injuries will skyrocket to 80%, making vehicular deaths the 3rd leading cause of death in the Gulf.

Aside from driver error and negligence, there are just too many cars on the roads. Gulf nations like Bahrain and Dubai are not very big in the first place, and the roadways are quite narrow. As a result of the oil and construction boom, citizens and expats of Gulf nations have disposable wealth, which they spend on luxury cars and SUVs. A typical family has between 2-4 cars and wealthy families often have a car for each member of the family. Roadways in the Gulf are always congested, and getting to and from work each day takes a couple of hours of sitting in bumper-to-bumper traffic. Public transport does nothing to alleviate the traffic congestion, as only poor expatriate workers utilize the system, while wealthy to middle-class expat drivers have exclusive use of the roads. The construction boom in the Gulf is expected to be directly affected by traffic congestion and is the one thing standing in the way of total economic dominance in the region. Some countries, like Kuwait, are taking drastic measures to deal with the problem. For example, the government of Kuwait is restricting the issuance of driverâ€™s licenses to Kuwaitis only, making it impossible for new expats in Kuwait to acquire a license at all. And there are talks underway in Kuwaitâ€™s parliament about limiting the number of vehicles that each family can own.

Most of the Gulf nations are meeting the problem of roadway accidents and fatalities head on by implementing new traffic laws and actually enforcing them. In Dubai, the police have been cracking down on speeders and traffic violators by issuing hefty financial penalties for breaking the roadway laws. In Kuwait, the seatbelt law, which has been in effect for several years, is finally being enforced by the threat of hefty fines as well. 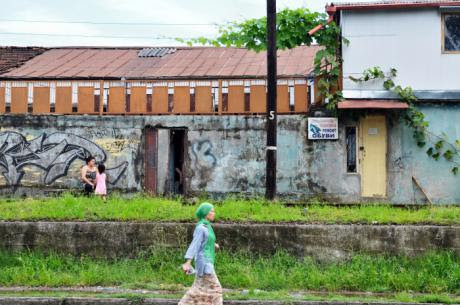