Pakistani Women Reclaim the Streets by Getting on Bicycles

Pakistani society, a male-dominated society, isn’t always a friendly and safe atmosphere for women living there. In fact, women often find themselves victims of catcalling, harassment, assault, and much worse. Because of this culture, women are discouraged from venturing out into public alone. Simple tasks like running errands in certain areas of the country can be difficult to accomplish for women living on their own. But that is not about to stop Pakistani women from reclaiming the public areas they have the right to. And they plan to do it in a saddle.

On April 2nd, 2017,  dozens of Pakistani women participated in female-only bicycle races in cities like Islamabad, Karachi, and Lahore. The race was a way to encourage women to reclaim public spaces and was organized by the Pakistani group called Girls at Dhabas. They are more than a group, however—they are a movement that started more than two years ago as a way to showcase women defiantly existing in public spaces. And it is still going strong today.

It started in Karachi with Sadia Khatri when she uploaded a picture of herself on Instagram with the hashtag #girlsatdhabas. Soon after, photos of women boldly loitering in dhabas started flooding Instagram and Twitter. This sparked an entire battle for the freedom of mobility and the right to access public spaces regardless of gender in Pakistan. Most recently, this battle manifested itself in the aforementioned bicycle race which spanned the entire nation. Women proudly rode they two-wheelers despite the stigma and danger associated with the activity.

Riding bicycles as a way of claiming independence, freedom, and agency is occurring more frequently in Pakistani feminism. Last summer saw the Women on Wheels (Wow) rally in Lahore, where 150 female motorcyclists participated. As part of the project, Chief Minister Sharif even launched a program to give 1, 000 pink scooters to women at a 50 percent subsidized rate. The hope was to encourage and train more young working women to ride motorcycles.

Also supporting this movement is Superpower Motorcycle. Last year, this automotive company hosted a four-week training session for women learning to ride motorbikes in Karachi. Women were invited to take lessons for free in the hopes that it will encourage them to be independent with their transportation. Mehwish Ekhlaque, one of the few women who has been riding her bike around Karachi for years, was asked to train the women. And she served as a great inspiration for them.

Ekhlaque lost her husband in 2012. Without his support, she had no choice but to get a job and her new job required transportation. Before her husband passed away, he had taught her how to ride his bike for pleasure purposes, but she would later use it for her livelihood. She has since been using the motorbike as a means to get around the city. She now has three bikes and has never gotten in an accident. Ekhlaque’s story is a reminder that adopting bicycles and motorbikes as a method of liberation isn’t a new trend for Pakistani women, but a necessity.

In places like Pakistan, women are not allowed to be independent. By making it difficult for women to access public spaces, be mobile, or self-sufficient, society is insidiously taking away their equality. However, through bicycles and motorbikes, Pakistani women can once again feel free to operate on their own. Who would have thought that bicycles and motorbikes would become the new symbol of Pakistani feminism? 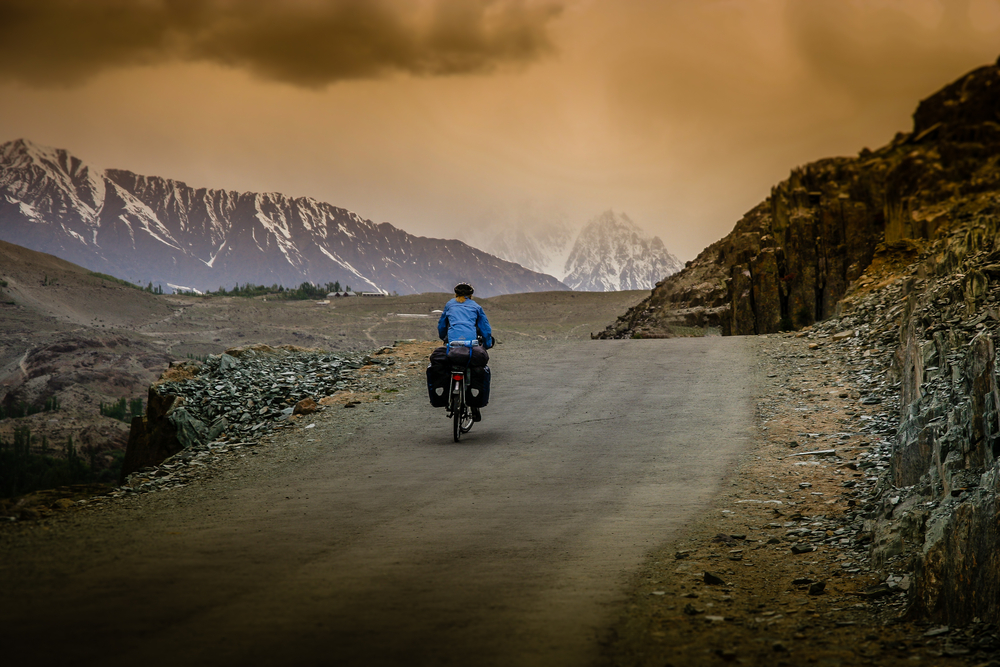 Characteristics of the Hypocrites