Richmond (Va.)–The title of this essay ends with the Roman numeral for three (III)since this is the narratorâ€™s  third look at this subject, for it is a quickly changing subject, and, of course, your writer has modified his views considerably with the turning situation.  Also, because of this flux, it must remain in the â€œgenreâ€ of (hopefully) learned opinion.

At the moment the struggle for Arab Democracy in the west of Dar al Islam, which has partially (?) been successful, is termed the Arab â€œSpring.â€  Your correspondent puts spring in parenthesis because the historical outcome is far from known.   So far, Tunisia seems to have the most chance for success while Egypt is still rioting against its interim military government.  Libya is a big question because of the festering sores of the Civil War.  Yemen has a good chance of a possibly â€œdemocraticâ€ regime change, but tribal fractures there lead to many unanswered questions.  Although Syria is almost at Civil War, the former U.S. Ambassador to both Israel and Egypt — at different times, though, told your reporter that he did not believe that the Damascus Administration will fail.  It is noteworthy that those nations that the â€œSpringâ€™sâ€ success or potential success are republics and but none monarchies yet.  Could the last sentence have something to say to South Asia?

In Tunisia and — so far — in the extended Egyptian elections, the Islamist Parties have or are dominating the new political landscape. (Of course, Turkey, whom [former Pakistani President] Pervez Musharraf had admired), has been led competently by an Islamist party for several years, and, in fact, is the only Islamic-majority NATO (the North Atlantic Treaty Organization)nation; and, thus, integrated into Europe as well as an emerging regional hegemon, and has tolerably constructive — but recently deteriorating — relations with Tel Aviv.)

The reaction of the Israelis is most important to the success or failure of Arab Democracy, and, conversely, the â€œSpringâ€ should be a positive factor towards the liberation of the Occupied Territories.   Ominously, though, Tel Aviv has stated that a government formed by the Islamic Brotherhood would be totally unacceptable to them.  (This is ludicrous because the Brotherhood is a democratic Party, who wishes to put the moral principles of their religion into their policy and politics.)  Hopefully, Israel will react diplomatically rather than militarily, but the peace treaty with their neighbor on the African side of their border is further faltering.  This, also, is a big factor in whether more Arab mercenaries will enter into the AfPak and Kashmir theaters, or emigrate into the Abrahamic Holy Land to contest its future.

It is uncontestable that a â€œsea-change.â€ has subsumed much of Arab North Africa (the Maghreb and Egypt).  The three countries that have had successful outcomes so far are Tunisia, Egypt and Libya.  Libya, tragically, overcame their ancien regime through a bloody civil war.  Curiously, NATOâ€™s air intervention was the determinate in that conflict.  (The United States and the United Kingdom had a grave grudge against the Khadafy regime [Lockerbie], and the rest of the EU [the European Union] wished to solidify its access to Tripoliâ€™s oil.)  It is, also, a curiosity that NATO is across the Durand Line from Pakistan, and has had conflicts with the Pakistani Army over the conduct of their parallel Wars.  Is this meaningful, too?

Basically, your contributor ruminates that the gravest influence of the Arab â€œSpringâ€ upon (Islamic) South Asia will be more strategic than political, for Radical contemporary (violent) Jihadism actually arose in the Middle East, and was initially directed against their own governments, and immigrated into the South Asian regions becoming international in scope.  If the Arab-Israeli crisis moves towards resolution along with succesful democratization of the indigenous Semitic lands, â€œfundamentalistâ€ Arab mercenaries will be migrating into the AfPak and Kashmir Theaters because any populous support for them in the Arabic-speaking terrain will have disappeared with the advent of the success of the current unfolding transition.

Contemporary â€œviolentâ€ Jihad (versus the original theological Koranic concept of â€œinter-struggleâ€) — reasserted itself in the historically central terrain of the Muslim world as a reaction to the repressive modern Post-Colonial governments there.  It grew out of the Sunni Wahhabis which was developed theologically in Saudi Arabia, and arose to resist the European Colonial governments in the Nineteenth Century.  In the Twentieth Century a Takfir sect broke off from the (â€œfundamentalisticâ€) denomination of the Salafis developing into non-national entities; e.g., Al-Qaida which formed in the Middle East and moved to Afghanistan to fight the Soviets during the 1980s .

At first, the Revolutions from the Colonial oppressors during the 1950s-the1960s in the Middle East were highly influenced by the thinking of President Nasser of Egypt, who was Nationalistic and progressive in the Western sense, but did not give much respect to the Islamic religion itself.  Part of the uprising in the â€œSpringâ€ is the assertion of traditional Islamic values!

Ultimately, the Arab â€Springâ€ might make South Asia less secure â€“ especially Pakistan were its neighbor, Iranâ€™s, nuclear ambition to counter the Israeli arsenal may eventually threaten Pakistan, boxing it in tandem with India.  Further, your researcher discovered an Israeli-Pakistani nuclear threat which he is revisiting to see if it still is in place since the end of Ariel Sharonâ€™s (Hebrew) Prime Minister-ship.

Politically, your commentator does not deem a â€œSpringâ€ will erupt in South Asia because the former Colonial power, from which most of the countries in the Subcontinental region acquired their form of Westminster governance, and, subsequently, further, grew it Constitutionally into the image of their very own populaces, gives them the basis for personal self-agency.  Therefore,  democracy does not have to be invented as in the Middle East.  Thus, democracy is already a given at least theoretically for most of South Asia.   The really exacerbating challenges for Civil Society in the area are corruption, the Mosque versus the Military in the Islamic Republics and voting reform as well as wide-spread social inequalities .  These are civil issues can be resolved short of regime change with the democratic institutions in place — either actualized or envisioned through principle.

The foundation for a democratic tradition by the heirs of the British Indian Empire with Ceylon (Sri Lanka) and the Maldives added  have existed over the terrain since even before 1947.  Other nations historically independent from the Britishâ€¦such as Nepal who  recently have had their own Revolution — and it was a bloody one unfortunately — were able to establish their form of democracy highly influenced by their neighbors and China.

Miniscule Bhutan is a questionable case.  By expelling all non-Bhutanese, the Kingdom there in a sense has renounced development.  Of all the countries in the area, it is the most vulnerable to â€œpeople powerâ€ because of the desire of its citizensâ€™ desire for financial expansion.  Economics and political transformation are siblings!

The Maldives are an interesting case, too.  They are a miniscule â€œenlightenedâ€ Muslim monarchy with a thriving economy.  Most of the â€œenlightenedâ€ Middle East Monarchies are, also, surviving so far, but, in the Indo-Pakistani cultural zone, Afghanistan had an â€œenlightenedâ€ monarchy, also, before their Communist Party overthrew their â€œprogressiveâ€ King which led to the subsequent Russian invasion into the Hindu Kush followed by a Civil War and the rise of the Talban.  The AfPak â€œdistrictâ€ has only a slight prospect of change through Civil Society as in the Middle East but, alas, it appears it will be settled through international War!

A feudal-like arrangement is found still within India, Pakistan and Bangladesh â€“ especially in the rural boroughs — where, although supposedly democratic,  groups are encouraged to vote the preferences of their traditional leaders.  This â€œblockâ€ polling has led to the discouragement of the independent new urban voter who could â€œrevoltâ€ for the denial of economic opportunity.   A significant portion of the most advanced citizenry of the State(s) has little individual say in the creation of policy under this socio-political system.

Many in the West here consider Tibet to be historically part of South Asia because of their culture as they do Afghanistan.  Peking is purposely moving Han Chinese to the Lhasa plateau.  At the moment, only 50% of Tibet is Tibetan although there is an active unsuccessful rebellion high in that Himalayan â€œAutonomousâ€ region.  Sri Lanka has only just emerged from a most bloody Civil War of several decades which ended with a brutal suppression of Tamil human rights.  Your observer is not so sure that the Tigers or a like-mind organization will not rise again on that Island.  The same is true in the Indian Punjab with the Sikhs â€“ although the resistance has reached military suppression.   (Both) question(s) have not been politically resolved; therefore, resistance may arise again.  Kashmir is in the midst of asymmetrical warfare along-side indigenous Civil Society resistance.  Unfortunately, this is the second most dangerous flash point for a (nuclear) War worldwide.  This is an issue that demands the international collectiveâ€™s attention immediately!

What does the Arab â€œSpringâ€ indicate for South Asia?   The full results are far from us.  Your Columnist hopes to continue his examination in future articles as the question becomes more defined (historically), but he is certain the Islamic West of Dar al-Islam will have an impact upon (Islamic and non-Islamic) South Asia.  The likelihood of a â€œSpringâ€ breaking out in South Asia, only time (history)can  tell comprehensively.

Dar al Islam — and those across its immediate boundaries — is a complicated complex expanse where one part affects the other:  No more so than now. 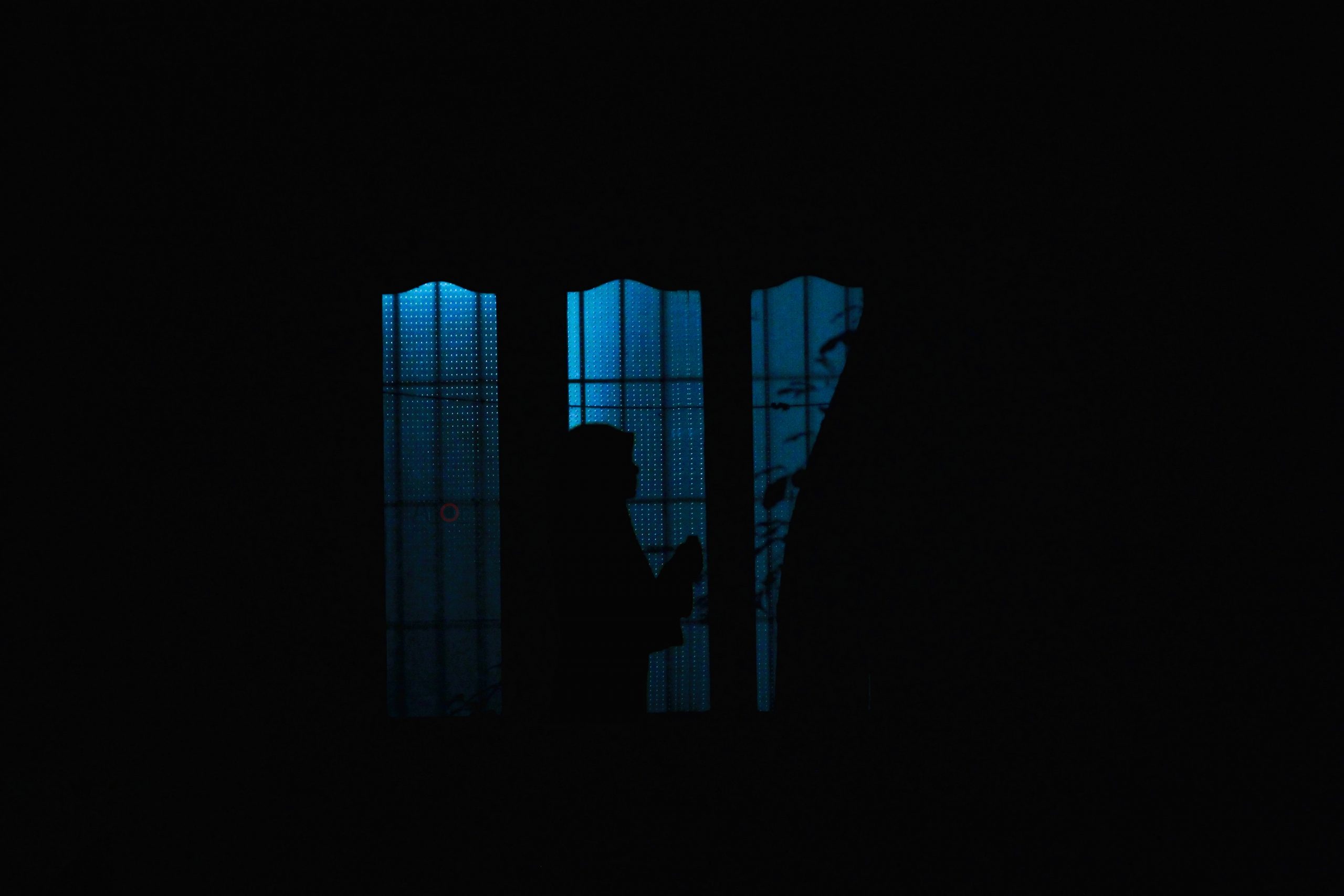 Beets: Why You Should Eat Them More Often
By Noor H. Salem, contributing columnist You may or may not be familiar with beets, a root vegetable that looks…