The United States faces serious problems, both domestically and internationally, problems that at a glance seem insurmountable.  Ignorance of Islam and Islamophobia are rampant. Muslim organizations are needed to combat the latter two and to offer Muslim solutions based on Muslim values to provide answers to our crises at home and abroad. Our culture is moving from R rated to X rated: What to do?

Many Islamic groups are active in offering such aid. One in particular the Muslim American Society (MAS), deserves special mention.

The Muslim American Society held a highly successful annual Western Regional Convention, the organizationâ€™s fifteenth, this past weekend in Los Angeles. The title of the event and its theme was: â€œOne: One Ummah, One Brotherhood, One Pulseâ€.

More than two thousand people were in attendance in an event that began on Thanksgiving Day and ran through the following Saturday. The Muslim American Society of Greater Los Angeles (MAS GLA) was the host.

The majority of the three day convention was devoted to workshops, many intended for youth. The titles of the work sessions mirrored the theme of the convention. They included, but were not limited to: â€œThe Believers are But a Single Brotherhoodâ€; â€œOne Ummah, One Bodyâ€, â€œThe Fiqh of Prioritiesâ€, and â€œOur Means to a Beautiful Endâ€.

Each session was conducted by learned speakers who were available to answer questions and expand on their presentations at the end of each session.

In one particularly timely session,  students from the original Irvine 11 spoke about their legal ordeal which grew out of their collective exercise of free speech at the University of California, Irvine (UCI) in February 2010. At that time the Israeli ambassador to the United States, Michael Oren, addressed a student audience and was confronted by a group of young Muslims vis a vis the illegal actions of the state of Israel.

Their subsequent arrest and indictment – almost a year to the date after the original incident and days before the statute of limitations would expire – angered civil libertarians. The students became a symbol of the limitations on free speech imposed on Muslims.

In a session titled: â€œI Donâ€™t Plead the Fifth: Irvine 11 Speak outâ€, the students received a standing ovation, and many in the audience sought their autographs after the session ended. Each of the students stated unequivocally that he was glad of his actions and, given the opportunity, would do it again.

â€œWhat brave peopleâ€ said one young woman in the audience. â€œIt makes me feel  so proudâ€.

During a session titled: â€œA Quilt to Cover the Nation: Shaping the American Society by Applying the Fabric of Islamic Family Valuesâ€, two young Muslims introduced the Islamic Speakerâ€™s Bureau.That organization will send Muslim speakers to address schools and law enforcement officers, to name but a few potential audiences, in an effort to explain Islam to non-Muslims and to counter act Islamophobia. Farhan Simjee and Shaista Azad invited the attendees and others who are interested to contact them at: isbsocal@gmail.com.

In one of the final sessions of the convention, the topic could not have been more timely. â€œOne Ummah, One Pulse: Education and Mobilization to Help our Syrian Brothers and Sisterâ€ featured three speakers who gave the history of Syria, both ancient and modern, and offered practical actions that might be taken on Syriaâ€™s behalf.

One of the speakers,  Hussam Ayloush, the Executive Director of the Council on American-Islamic Relations (CAIR) in the greater Los Angeles area spoke movingly on behalf of the aspirations of the Syrian people. â€œWe have a common bond as human beings and as Muslimsâ€.

He called for the following actions. Be outspoken, use Facebook and e mail; talk to the media, and take part in protests; Get the DVDs sold at the booth of the Syrian American Council (SAC) in the bazaar, stay in contact with the activists (syrianetLA@gmail.com); wear buttons and T shirts to advertise your cause; donate money to help the victims in Syria.

â€œThe right to freedom is a human rightâ€.

A bazaar was held in the lobby during the convention. Attendees could purchase Islamic clothing, books, jewelry, and DVDs, and they could learn of different community organizations.

The booths included, but were not limited to: CAIR (http://ca.cair.com), ACCESS (www.accesscal.org ), InFOCUS News (www.infocusnews,net), One Legacy Radio (www.onelegacyradio.com),and the Institute or Arabic and Islamic Studies (IAIS) (www.islamic-study.org) and (www.legacyofpeace.net).

The Muslim American Society began in 1993 as a charitable, religious, social, cultural and educational  organization. It has grown since then to its present strength of fifty chapters across the United States. It is a go-to group for information and commentary, held in high esteem by the media and government officials on all levels. MAS emphasizes proactive community involvement such as community service, interfaith dialogue, youth programs, and civic engagement. It seeks to build strong Muslims with strong faith and a deep knowledge of Islam.

The recent roots of MAS can be traced to the Islamic Revival Movement that took place at the turn of the 20th century. Its ancient roots, of course, can be traced back to the Prophet Mohammed (pbuh). The recent convention lived easily up to the standards of the Muslim American Society – to fulfill its mission for God consciousness, liberty and justice through the conveyance of Islamic values.

For more information on the Muslim American Society, please use the following email address: http://www.mascalifornia.org.

Op Ed: A Muslim Perspective On A Trip To Spain; Part 6 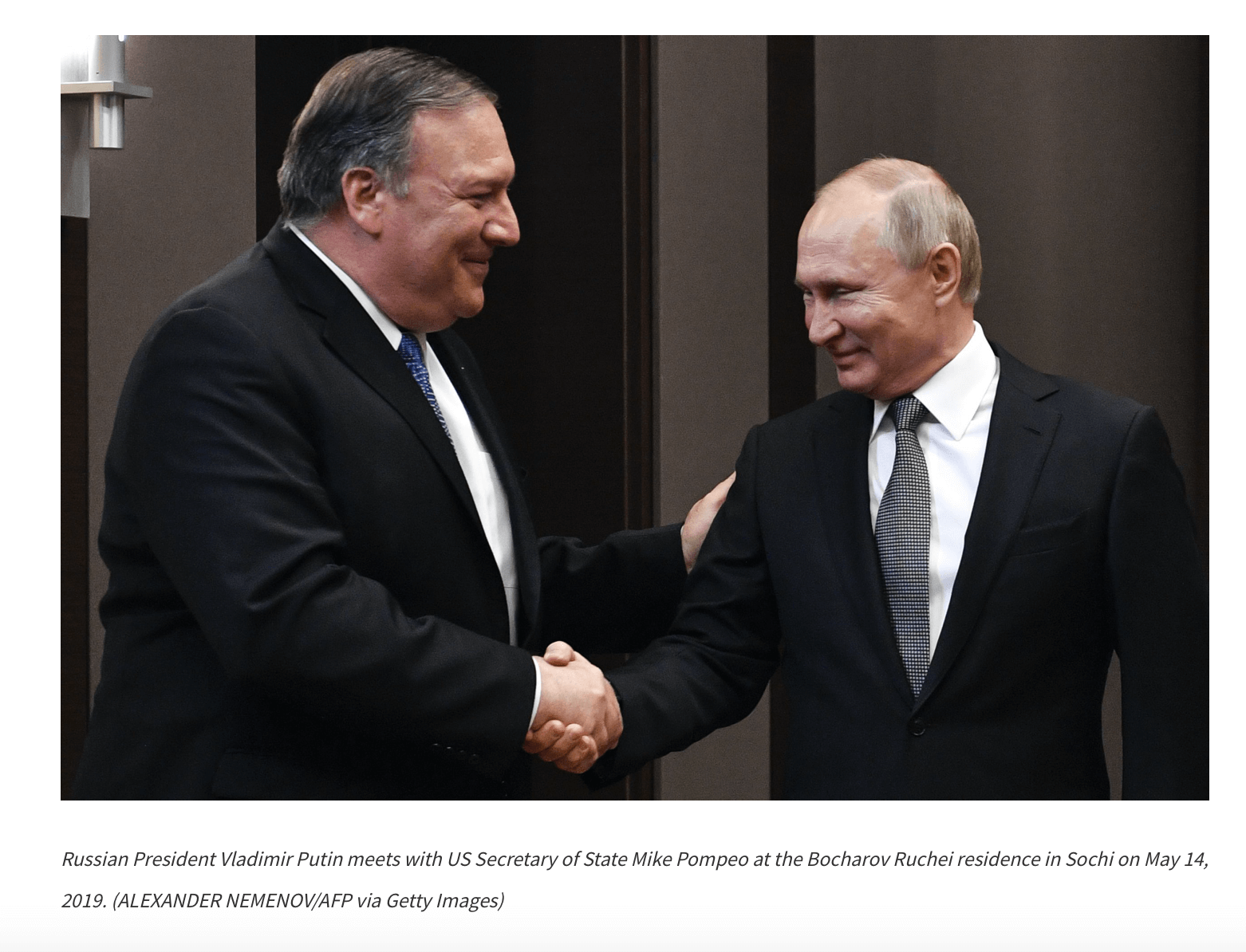 The Future of the U.S.-Russian Strategic Standoff

World’s Youth Leaders Gather to Address the Challenges of Militarization, Nuclear Weapons and the Misuse of Religion