Mary Robinson, the courageous former UN High Commissioner for Human Rights, is among the distinguished recipients of the Presidential Medal of Freedom to be awarded by President Obama on August 12, 2009. This honor is well deserved. Robinson, the former President of Ireland, has brought a clear, uncompromising voice on behalf of people throughout the world whose rights have been infringed.

Yet, as it has done before, the American Israel Public Affairs Committee (AIPAC) has led a charge, joined in the last few days by several other groups, vilifying Robinson with false accusations that she is â€œanti-Israel.â€  Most of their criticisms stem from her role at the UN Conference on Racism held in Durban, South Africa, in 2001 when she served as UN High Commissioner for Human Rights.

â€œIn stark contradiction to these allegations, Robinson forcefully condemned Israel-bashing and anti-Semitism under circumstances where it would have been far easier to remain silent,â€ noted PHR Deputy Director Susannah Sirkin.

Throughout her laudable tenure as High Commissioner, Robinson stood steadfastly for universal human rights. All Americans should be proud that President Obama is awarding this extraordinary honor to her. Physicians for Human Rights commends President Obama on his choices, and congratulates Mary Robinson together with all of the other 2009 honorees. 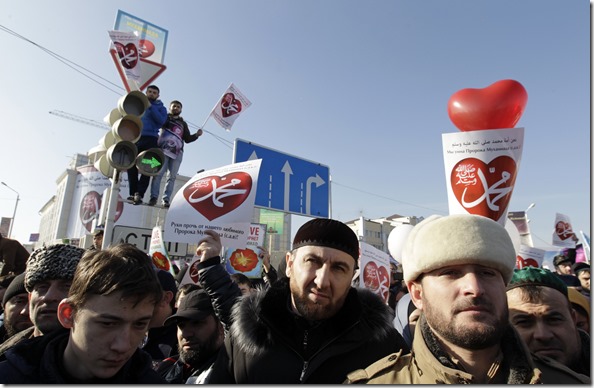 Kashmiri Americans reject Indian occupation and demand self-determination
In commemorating the third anniversary of the abrogation of articles 370 and 35A, the World Kashmir Awareness Forum (WKAF), exhibited…