Fear of a new travel ban, or more specifically of a broader Muslim ban, arose in January after the Associated Press reported that the White House was reviewing documents indicating that a ban was under consideration. That fear was realized when Donald Trump announced an extension of his travel ban on Jan 31. Trump signed a new order, effective Feb 22, that targeted immigration from mostly African countries. He expanded the ban to six more countries: Nigeria, Myanmar (Burma), Eritrea, Kyrgyzstan, Sudan, and Tanzania. While applicants from the first four listed countries would be unable to receive certain immigrant visas, Sudan and Tanzania are now entirely barred from the U.S. diversity visa program, which awards green cards to immigrants. According to Department of Homeland Security (DHS) officials, the new travel ban does not apply to nonimmigrant visas, including tourist visas.

Trump signed the first executive order instituting a travel ban in 2017, at the end of his first week in office, in fulfillment  of part of his campaign promise to create a “complete shutdown of Muslims entering the United States.” That ban, which was upheld by the Supreme Court in 2018 after modifications were made to it, applied to Iran, Syria, Libya, Venezuela, North Korea, Yemen, and Somalia.

Two years ago, when I read the news that the U.S. Supreme Court had ruled in a 5-4 vote to uphold Trump’s ban on immigration from several Muslim-majority countries, I was overcome with emotions. Growing up in a practicing Muslim household has given me experiences that have both humbled and disheartened me. Over the years I have become accustomed to Islamophobic comments and Muslim stereotypes. I am not surprised when I am taken out of a security line for a random check. I am not surprised when, traveling with my hijab-wearing mother, I am given skeptical looks. I am no longer taken aback when someone tells me to “go back to my country.” But the news that my country had upheld a travel ban rooted in Islamophobic rhetoric came to me as a shock. While after Sept. 11 I experienced my fair share of Islamophobia when transitioning from a full-time Islamic school to a public school system, and I was not ignorant of our current administration’s ideology, I somehow believed that our country’s judicial system would not disappoint me. Yet it did—but that did not discourage me from fighting back or raising my voice.

The introduction of the NO BAN Act rekindled my hope that, while Islamophobia was on the rise, it was a minority, not the majority, that supported the current administration. The NO BAN Act comes as the first potential legislation of its kind; a session on it was the House’s first-ever hearing on Muslim civil rights. The Muslim ban is not only a short-sighted policy, but one that is inconsistent with American values. While the phrase might include the word “Muslim,” this is not just a Muslim issue; it’s a civil rights issue that affects everyone. It violates religious freedom, a basic right held by all Americans and part of the foundation of our country.

Aside from the increase in hate crimes since the last presidential election, immigrants have faced hardships throughout U.S. history. Xenophobic policies are not new to our country:, Laws restricting immigration have throughout our history limited not only Muslims, but also groups such as Jews, Catholics, and Asians from entering the U.S. In effect, the NO BAN Act would not only fight against anti-Muslim policies, but also ensure that religious discrimination in immigration policy does not continue against any group. According to the civil rights organization Muslim Advocates, the act will “amend the Immigration and Nationality Act (INA) to prohibit discrimination on the basis of religion and ensure that no president will ever again be able to ban an entire community without accountability.”

The time to speak up is now; no one should fear to practice their religion or be blocked from traveling to and from the country of their roots. U.S. policies should not force families apart. The NO BAN Act will not only defund Trump’s Muslim ban, asylum ban, and refugee ban, but also ensure that no other president is able to follow in his steps of enforcing xenophobic policies. Support the NO BAN Act and remind our lawmakers that religious freedom is a nonpartisan issue, embedded in and guaranteed by the U.S. Constitution. We are calling on Congress to pass the NO BAN Act this week. Together we can remind the administration that discrimination should not be and will not be accepted in this country. 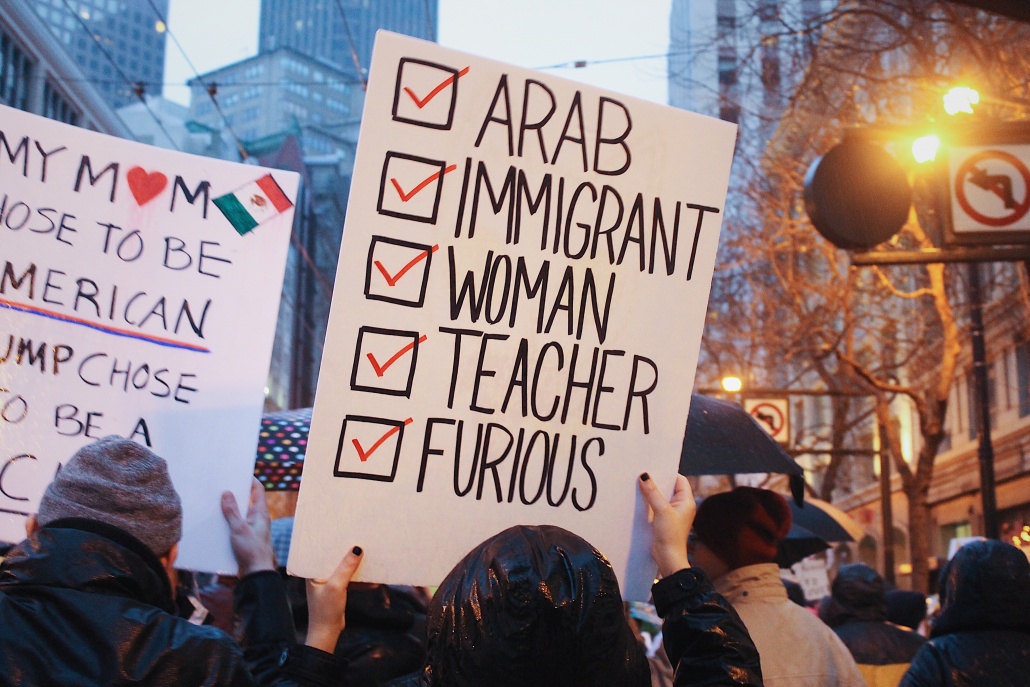 Questions and Answers About Swine Flu

Speaking Against Terrorism Is Part of My Faith
By Dr. Aslam Abdullah In terrorists attacks innocent lives are lost without any gain for those who perpetrate these unforgiving…