The NFL’s Acts Against Taking A Knee, Trump has some Words

Colin Kaepernick, former quarterback for 49ers, did something that caused one of the biggest debates in recent history. He sat during the national anthem at football games.

At first, his action of just sitting on the bench did not capture the nation’s attention, however, when he started taking a knee, the country was taken aback. Some applauded him for his action, while others were furious. He stated that his reason for taking a knee was because the national anthem does not apply to all Americans, it leaves out African Americans and Black Americans.

Since Kaepernick’s protests, a lot of athletes across different sports have followed and have taken a knee.

Recently, the National Football League (NFL) passed a decision to address the number of football players that take a knee during the national anthem. NFL owners have agreed to let players stay in the locker room when the national anthem is played. However, if they are on the field, then the players have to stand.

NFL Commissioner Roger Goodell said “It was unfortunate that on-field protests created a false perception among many that thousands of NFL players were unpatriotic…This is not and was never the case… We believe today’s decision will keep our focus on the game and the extraordinary athletes who play it-and on our fans who enjoy it,”

The penalty for not following this new policy is that the NFL will fine the team if players kneel during the game.

A lot of people have been offended by the President’s statement on this issue. Mr. Trump’s statement implies that if people do not stand for The Star-Spangled Banner, then they should not be citizens. It should be noted that there is nothing in the United States Constitution that says that the validity of American’s citizenship is dependent on if they stand for the national anthem.

Maybe the President of the United States should focus solely on issues that concern our nation’s well-being and not policies made by a sports organization. 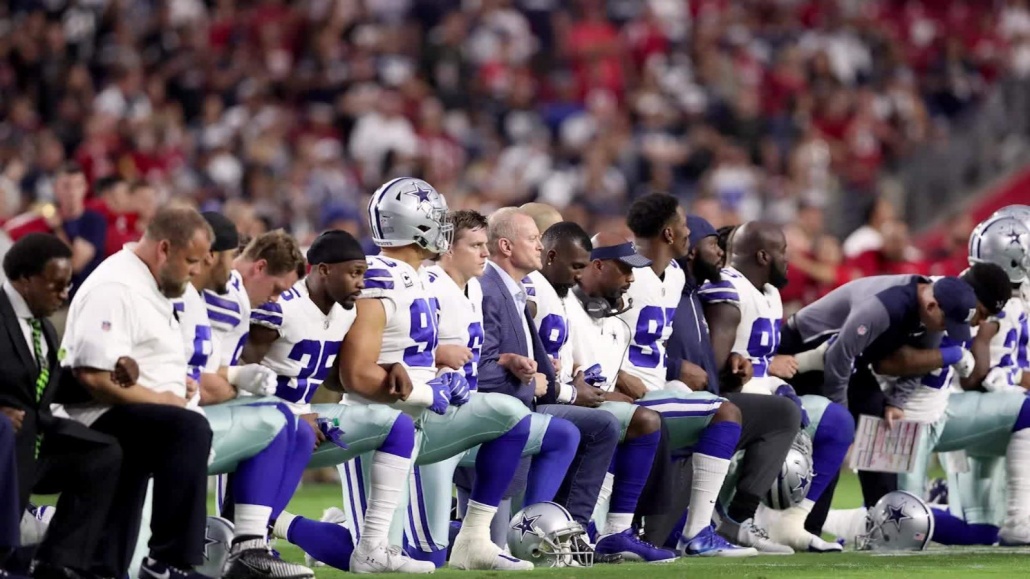 © 2020 MuslimObserver.com, All Rights Reserved
The Trump Administration Separates families, then loses the children to Human...