As I write this column, we are witnessing yet another stock market rally. And Wall Street promoters and the financial media are calling it the beginning of another big run higher: â€œDonâ€™t you see how things are improving in the economy? Buy stocks!â€

Of course, this is nothing new for purveyors of stocks, mutual funds and air time, who rely on selling advertising to the financial services companies. So, to hear them tell it, there is always room for optimism and hope. But havenâ€™t we heard that story before?

And shouldnâ€™t this remind us of how many times we heard CNBC analysts telling anyone who would listen that â€˜â€™the only risk with technology stocks is not owning any in your portfolioâ€™â€™? That was a common theme when the NASDAQ index was around the 5,000 mark in early 2000. And just how did that work out?

Promoters are lucky, since, over time, viewers tend to forget who said what. Just this week, I heard Ned Riley make another strident plea, urging investors to buy technology shares — just as he did a decade ago! The problem now is that anyone who took him seriously then probably doesnâ€™t have the money now to take advantage of his latest â€œhot stock picksâ€!

Now that the Dow has risen over 20% in the past few weeks, weâ€™re hearing those wonderful words again: Weâ€™re â€˜â€™back in bull market territory.â€™â€™ Assuredly, these are words investors donâ€™t want to ignore. Of course, when pressed for their rationale on why this trend will persist, promoters provide only the old bromides about â€˜â€™Stocks climbing a wall of worry,â€ or that â€˜â€™the stock market always recovers ahead of the economy,â€™â€™ or such other nonsense that they trot out every year.

The latest rationale used by ever-bullish types like Larry Kudlow (perhaps another wealth destroyer for those taking his advice?), is that the economy is showing signs of stabilizing. This trend is borne out by the fact that economic data isnâ€™t getting worse at the accelerating rate that it had been. His rationale supported by the â€œnew math,â€ of course, is mighty easy to beat back.

Letâ€™s start with the example of the domestic auto industry. Promoters saw heartening news last week in GMâ€™s announcement that March sales fell by only 42.5%. That was taken as a good sign since expectations were for a larger drop — about 46%. The rate of change has slowed, so promoters call this â€œa real improvement,â€ which indicates a more stable environment.

If this is the new math, I rather prefer the old math, which, for one thing, considers the accumulation of consecutive months of poor auto sales. With the monthly trend showing sales drops close to 50%, on average, how many more months can GM limp along with its top-line revenues coming in at half of prior yearsâ€™ expectations?

Of course, GMâ€™s costs of doing business are falling, but this drop is nothing compared to the 40 â€“ 50% loss of sales. Over the past year, the company has lost $53/share, or about $32 billion. So do Bulls expect us to believe that GMâ€™s cutting losses from $3 billion/month to $2.5 billion is cause for optimism? Isnâ€™t the accumulation of losses simply too big for investors to assume any lessening in the rate of those losses?

Another sterling example of how misleading the same promoter-actors can be comes with news on monthly job creation, or more fittingly, monthly job losses. We just learned that another 663,000 jobs were lost in our economy during March. That was instantly hailed as good news, since expectations were that the lost-jobs number would be larger.

Also hailed by the aforementioned Kudlow was that the U.S. rate of change dropped, too, showing a stabilizing force at work. And since the stock market will now anticipate lower job losses in future months, what more do we need as proof that the rally will continue?

Of course, Kudlow, who appears firmly in the hip pocket of the financial services industry as well as the richest among us including those who pay to advertise on his hour of biased commentary each weeknight, surely experiences the bliss of feigned ignorance regarding the details of those jobs reports. For example, those nasty job losses add up cumulatively from recent months, and Januaryâ€™s job loss was revised higher from 655,000 to a loss of 741,000. Adding those to Februaryâ€™s loss of 651,000 equals a total of 2.055 million jobs lost so far in 2009. In the past five months, 3.3 million people have lost their jobs! Thatâ€™s encouraging?

Helping the bullish case again in March was that the Bureau of Labor Statistics (BLS) simply â€œfudgedâ€ creation of another 114,000 jobs, using its â€˜â€™birth/death model.â€™â€™ With this number, the Bureau casually assumes the number of new jobs that should have been created — but were not actually identified.

Also unmentioned by the Bulls is the wider measure of joblessness in our economy, as included in the numbers Iâ€™ve stated here. Identified as line U-6 in the same BLS report, this number attempts to capture how many American workers are unemployed, working part time for economic reasons (i.e., canâ€™t find full time work), or who have exhausted their unemployment benefits and are no longer counted in the more narrow measure (used as the â€œlost jobsâ€ headline number).

Also not counted in the jobless number are self-employed people who have lost their businesses but do not qualify for unemployment benefits. That measure clocked in at 15.6% in BLS adjusted form or 16.2% in unadjusted form. Just what would these numbers do for the bullish case, if announcements showed that total unemployment was running even higher?

Economist John Williams (shadowstats.com) takes an even closer look and estimates that the true rate of unemployment and under-employment is running at a 19.8% clip. Again, what would that number do to the Bullsâ€™ case? Subscribers to Williamsâ€™ very useful website get the full breakdown of how he arrives at that number. In short, he continues to use the same method for calculating unemployment that the Federal government used — in the 1980s.

What bothers me most is how we consistently hear lies and are misled — or subjected to obvious obfuscation about the true state of our economy by shameless people whose personal stakes are tied to ever-rising stock markets. That a small group of Americans can blatantly lie to the rest of us to benefit their own personal self-interests is abhorrent — at best. At worst, it is criminal. Why should investors manage their portfolios in an environment where it takes two sets of books, so to speak, to reveal the state of our economy?

With their teams of highly paid economists, I am sure that big banks and Wall Street brokers know full well the real story about our economy. And hacks like Kudlow may well know the real story, too.

Yet we investors are fed a steady diet of nonsense and massaged statistics. This new math is designed to keep us interested in a market that has destroyed wealth for an entire decade or even longer, if we look at long-term results for stock market investors.

The new math used by promoters is yet another stellar reason to avoid the domestic stock markets and look overseas for better opportunities. How much worse can it get when it comes to lying to make a bad situation look better than it is? 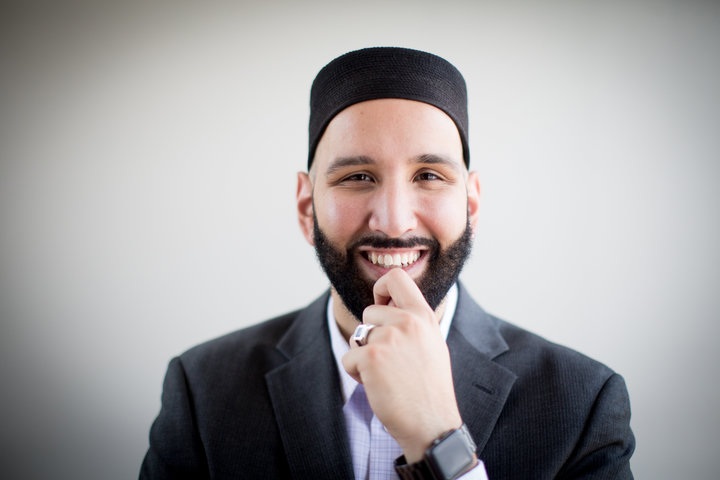 Muslims and Jews Volunteer Together in Southeast Michigan

© 2020 MuslimObserver.com, All Rights Reserved
Interview with Masri Clinic Shia-Sunni Conflict: A Nation at War with Itself
Scroll to top