After receiving anti-Muslim tweets from a man in his district, Qasim Rashid, a Muslim candidate running for Congress in Virginia, did something unexpected. He donated to that same man’s GoFundMe campaign instead of returning the hate he received. Rashid expressed on Twitter that while the message was “deeply hurtful & a false attack” on his faith, he donated to the man’s campaign because his faith has taught him to “serve all humanity.” In response to Rashid donating to his medical debt, Oscar Dillon had a change of heart and later apologized to Rashid for his Islamophobic comments. At the time of Rashid’s donation, Dillon had only raised around $1,000 toward his campaign, Rashid’s supporters followed his donation and have since donated more than $18,000, Insider reported.

Dillon, a supporter of Donald Trump, has previously attacked other Democrats online. According to Insider, in the last month, he has called Jewish California Rep. Adam Schiff a Nazi, in addition to calling Massachusetts Sen. Elizabeth Warren a “lying hag.” After seeing Rashid’s response, Dillon had a change of heart and sent Rashid an apology, which Rashid said was “thoughtful” and “compassionate.” In the apology tweet, Dillon even asked Rashid to meet him resulting in the two meeting up for coffee. “I stared at the screen just reading it over and over and over,” Oz told CBS News of his reaction to the donation. “He reached across that gap and took my hand.”

Oz’s hatred toward what he calls “radical Islam” developed after the Sept.11 terrorist attacks, in which he told NBC News, a lot of his loved ones were in direct danger. Dillon said that Rashid’s response to his hateful tweet has opened his eyes and changed his outlook. “This has reopened my eyes to pre-9/11, where I would look at each individual as a person,” Dillon told NBC News. “He has showed me that there is good in all walks of life.”

While Oz is regretful of his actions and has asked Rashid to even put up campaign signs on his yard, he told CBS News that does not mean he plans to vote for him and for Rashid that is not an issue. During an interview with the news outlet, Rashid said his actions weren’t about a vote, both he and Oz emphasized the importance of the community returning to civility. “If we can do that, then our prayers will be blessed and our actions will be blessed,” Qasim said. “And our lives and our children will be blessed,” Oz added.

Since Sept. 11, South Asian, Sikh, Muslim, and Arab Americans have been the targets of numerous hate crimes, a study by South Asian Americans Leading Together (SAALT) found. A 2018 report by the Council of American-Islamic Relations (CAIR), the country’s largest Muslim civil rights organization, indicated that bias crimes against Muslims rose 83% in the second quarter of 2018 compared to the first quarter. Hate crimes since then have only increased in number, with many going unreported. According to Vox, Jewish and Muslim individuals are the two most common targets in religiously motivated hate crimes. 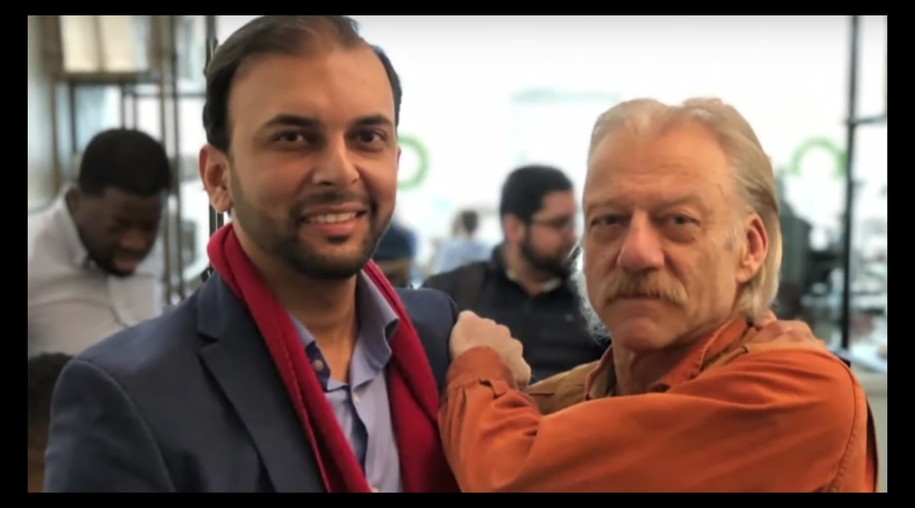