Editorâ€™s note:  Opinions of Mr. Suhail Khan are his own, and do not necessarily reflect the opinions of TMO.

The relationship of Muslim Americans, the GOP & the Tea Party Movement has been a stormy one, but now more than ever, engagement is key.

This summer, the controversy surrounding the Islamic Center in Lower Manhattan amplified a rough-and-tumble national conversation about Islam, Muslims, and America. And while Iâ€™m confident that the nationâ€™s 6-8 million Muslim Americans are increasingly regarded as loyal, valuable, and contributing citizens by their fellow Americans, thereâ€™s no doubt the debate has also involved harsh and ugly rhetoric, heartache, and even violence.

Worse still, this discussion has become entwined in a broader–and often nastier–partisan food-fight. Despite President George W. Bushâ€™s best efforts post-9/11 to separate terrorism from the faith of Islam, a seemingly endless chorus of conservative commentators has failed to make any such distinction. The conservative magazine National Review fired Ann Coulter, for example, when she wrote of Muslims, â€œWe should invade their countries, kill their leaders and convert them to Christianity.â€ In 2007, after Bush made a statement underscoring Islamâ€™s place alongside Christianity and Judaism in the Abrahamic religious tradition, columnist Cal Thomas asked, â€œHow can the president say that we all worship the same God when Muslims deny the divinity of Jesus?â€

And these increasingly hostile attitudes are often reflected in the comments of current and former elected officials as well. Colorado Republican Rep. Tom Tancredo suggested in 2005 that the U.S. response to terrorism should be to bomb Muslim holy cities including Mecca. In 2006, Virginia Republican Rep. Virgil Goode complained that the election of Muslim Americans such as Minnesota Democratic Rep. Keith Ellison underscored the need for immigration reform (despite the fact that Ellison was born in Detroit to Roman Catholic parents). When the House of Representatives passed a resolution honoring Ramadan in 2007, 42 Republican congressmen declined to vote in favor of it, instead voting â€œpresent.â€

During the 2008 presidential campaign, harsh statements about â€œMuslimsâ€ and â€œArabsâ€ were commonplace. Republican presidential candidate Sen. John McCain eventually rejected the support of an influential evangelical pastor, Rod Parsley, in Ohio after he urged Christians to wage a â€œwarâ€ against the â€œfalse religionâ€ of Islam. When asked whether he would appoint a Muslim American in his cabinet, Republican candidate and former Massachusetts Gov. Mitt Romney replied that he â€œcannot see that a cabinet position would be justifiedâ€ based on the percentage of Muslims in the country.

This partisan divide wasnâ€™t always the case. Muslim Americans voted two-to-one for George H.W. Bush in 1992. And while they supported Bill Clinton by the same margin in 1996, the majority of Muslim American voters supported George W. Bush in the 2000 presidential election. And regardless of arguments after-the-fact, Bush earned this support. As early as 1999, the then-Texas governor met with several Muslim community leaders and made a visit to an Islamic center in Michigan — the first and only major presidential candidate to do so. The 2000 Republican convention in Philadelphia was the first in either national partyâ€™s history to include a Muslim prayer. On the campaign trail, Bush praised Americans of faith who regularly attend a â€œchurch, synagogue, or mosque.â€ And after Muslim civil rights leaders expressed their concerns over the use of â€œsecret evidenceâ€ by the Clinton Justice Department, Bush criticized such abuses in a presidential debate with Vice President Al Gore.

Bushâ€™s unprecedented outreach (and by contrast Goreâ€™s lackadaisical effort) paid-off. Eight major Muslim American organizations endorsed Bush, and he won more than 70 percent of the Muslim vote, including 46,200 ballots in Florida alone, prompting one prominent conservative leader to write â€œBush was elected President of the United States of America because of the Muslim vote.â€

The 9/11 tragedy, of course, changed everything. But as stated, in the early days after the terrorist attacks, it was Bush who reminded Americans, â€œOurs is a war not against a religion, not against the Muslim faith…. [O]urs is a war against individuals who absolutely hate what America stands for.â€ He met with Muslim American leaders on numerous occasions, becoming the only sitting president to visit an American mosque (which he visited on two occasions), and appointed Muslim Americans to several prominent positions in his administration.

But as Bushâ€™s first term unfolded, post-9/11 unity gave way to the wars in Afghanistan and Iraq and the Abu Ghraib prisoner abuse scandal; and the same Muslim groups that raised concerns of violations of civil liberties under the Clinton administration were predictably upset over the Patriot Act and the Bush administrationâ€™s detainment and warrantless wiretapping policies. In the 2004 election, more than half of Muslim voters supported Democrat John Kerry and Independent Ralph Nader.

By 2008, despite Barack Obama and his campaignâ€™s decision to keep Muslims at armâ€™s-length, over 90 percent of Muslims came out in record numbers for him, including in key swing states such as Florida, Virginia, Ohio, and Michigan. And even with the Muslim communityâ€™s growing impatience with the administrationâ€™s lack of progress on key issues such as reform of the Patriot Act, the wars in Afghanistan and Iraq, and peace between Israel and Palestine, Muslims remain firmly in the Democratic fold, largely due to the perception that the GOP has grown increasingly hostile to Muslims and Islam.

And thereâ€™s no doubt many Muslims associate this growing hostility with the emergence of the Tea Party movement. Much of this perception is due to the much-publicized comments of some Tea Party figures such as Mark Williams, national spokesman for the Tea Party Express, who was fired after making venomous comments critical of Muslims, Islam, and African Americans. And then there was Nevada Republican senate candidate Sharron Angleâ€™s bizarre lamentation regarding Sharia, â€œWeâ€™re talking about a militant terrorist situation, which I believe it isnâ€™t a widespread thing, but it is enough that we need to address, and we have been addressing it..Dearborn, Michigan, and Frankford, Texas are on American soil, and under constitutional law. Not Sharia law. And I donâ€™t know how that happened in the United States. It seems to me there is something fundamentally wrong with allowing a foreign system of law to even take hold in any municipality or government situation in our United States.â€

Indeed, such comments and the hatred sometimes displayed on racially charged and denigrating signs at Tea Party rallies has unsurprisingly drawn criticism and condemnation. At its annual convention in July, the NAACP passed a resolution denouncing the â€œracist elementâ€ within the Tea Party movement. â€œWe donâ€™t have a problem with the tea partyâ€™s existence,â€ explained President Benjamin Jealous. â€œWe have an issue with their acceptance and welcoming of white supremacists into their organizations.â€ Similarly, the Council on American-Islamic Relations has often characterized tea party candidates and activists as â€œbigotedâ€ and â€œracist.â€

In a recent USA Today/Gallup poll, 77 percent of people who identified as members of the Tea Party described themselves as white. And while there are a host of loosely associated grassroots organizations (Tea Party Express, Tea Party Nation, Tea Party Patriots to name but a few) that together make up the Tea Party â€œmovement,â€ there is no dominant organization, party, or hierarchy.

Despite the criticisms, it should known that racial and religious hatred are not regular hallmarks of the Tea Party movement. What brings the many local, regional and. national Tea Party organizations together are the core principles of patriotism, preserving constitutional principle, protesting peaceably against oneâ€™s government, opposition to job-killing taxes, burdensome regulation, unemployment (currently around 10 percent), excessive federal spending and our massive national debt (a whopping $14 trillion at last count).

In this yearâ€™s 2010 election, the Tea Party movement represented the latest of several waves of grassroots groups who have become permanent parts of the broader modern conservative movement. Previous groups have included Evangelical Christians, church-going Catholics, and national supporters of Texas Rep. Ron Paul. In most instances, the GOP establishment has turned its nose up at the thought of including such converts to the cause. And so, as former House Majority Leader and current Tea Party leader Dick Armey stated, many Tea Partiers intended something of a â€œhostile takeoverâ€ of the GOP; witness the primary defeats of establishment figures such as Sen. Bob Bennett of Utah, Alaska Sen. Lisa Murkowski, and Delaware Rep. Mike Castle.

Partisan wrangling aside, the bottom-line remains that Muslim Americans share much in common with Tea Party activists: a concern for family, faith, and personal freedom and fiscal responsibility. I should know, I have met and worked with many Tea Party activists. They are honest, hard-working patriots who ask nothing of government (other than to be left alone) and who are genuinely concerned for the legacy we leave future generations. While I donâ€™t expect droves of Muslims to start hoisting â€œDonâ€™t Tread on Meâ€ flags anytime soon, I do urge Muslims not to fall prey to stereotypes–even of our tea party friends.

Suhail A. Khan serves on the board of directors of the American Conservative Union and as chairman of the Conservative Inclusion Coalition, an organization dedicated to the political involvement of Americans of all ethnic, racial, and faith backgrounds. 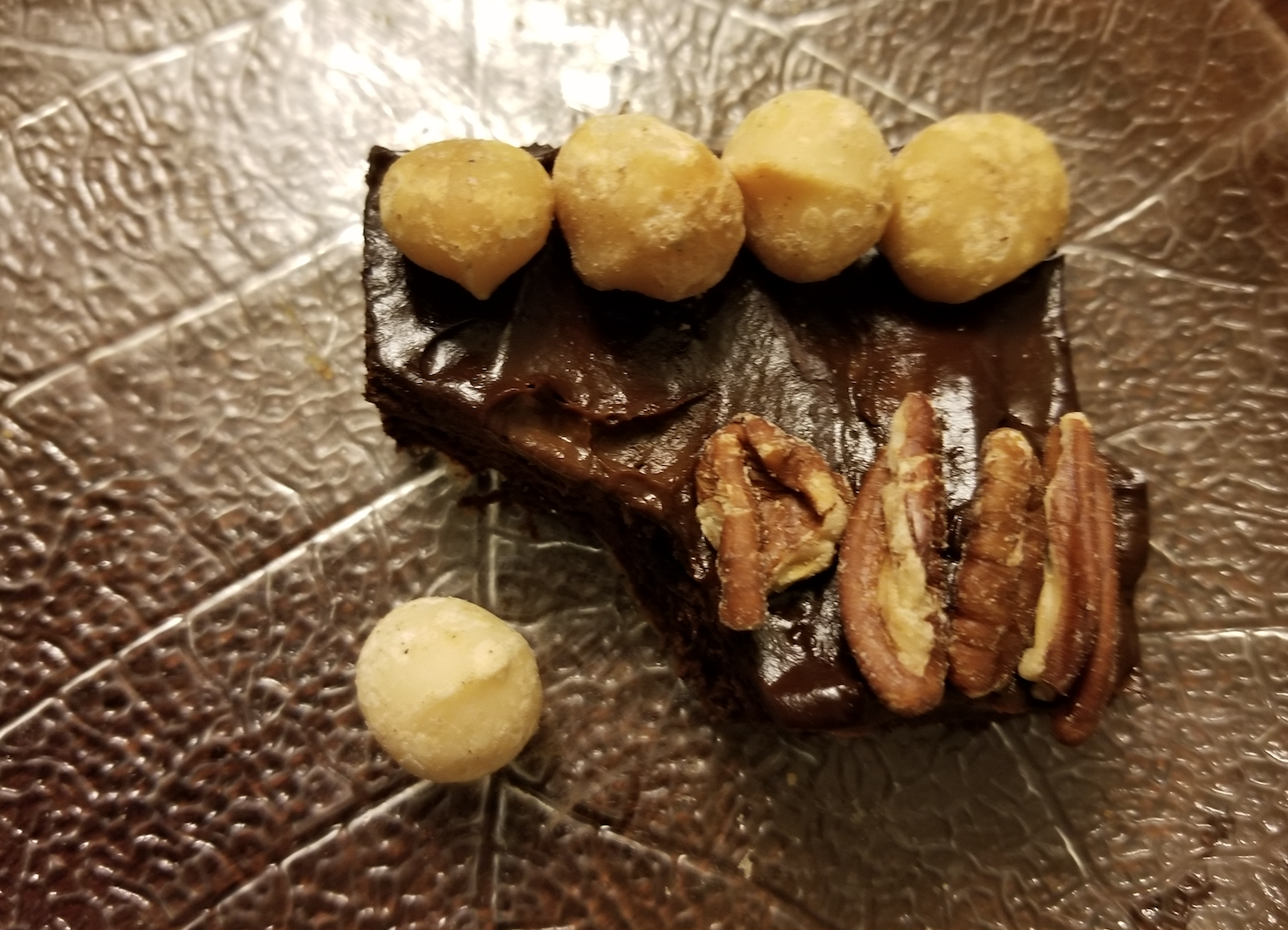 Lice Happen
Karin Friedemann, TMO This week, I am unable to come up with any deep observations on politics, psychology or spirituality,…

© 2020 MuslimObserver.com, All Rights Reserved
A Lesson for MLK Day South Sudan Unprepared for Flood of Returning Refugees
Scroll to top