ANKARA (Reuters Life!) – A new film that portrays Turkey’s revered founder Mustafa Kemal Ataturk as a lonely, hard-drinking man beset by doubts has whipped up emotions in a country still grappling with his legacy 70 years after his death.

Ataturk, a former soldier, founded modern Turkey as a secularist republic from the ashes of the Ottoman Empire.

Portraits of a stern-looking Ataturk adorn the walls of government offices, schools, shops and living rooms across the sprawling nation, testament to a man who has achieved the status of a demi-god among most Turks.

"Mustafa," a documentary that chronicles Ataturk’s life from childhood to his death on November 10, 1938, presents an intimate and flawed Ataturk rarely seen before, angering hardline secularists who have called for a boycott and say the film is an enemy plot to humiliate "Turkishness."

The film, which has drawn large crowds, has fed into a climate of soul searching in Turkey, where democratic reforms, social changes and an impassioned debate over secularism is shaking the pillars of the autocratic state left by Ataturk.

"This documentary is the product of an effort to humiliate Ataturk in the eyes of Turkish people," wrote columnist Yigit Bulut in the secularist Vatan newspaper.

"Do not watch it, prevent people from watching it and most importantly keep your children away from it to avoid planting seeds of Ataturk humiliation in their subconscious," he said.

On Monday, at 9.05 a.m., factory sirens wailed, traffic halted and school children stood to attention, a ritual Turks have followed for 70 years to mark the moment of his death.

"I wanted to show a more human Ataturk than the Ataturk they teach us about at school and in the military service," respected director Can Dundar said in an interview.

"Ataturk has been turned into a dogma or a statue by some of his supporters, but I wanted to show a more real Ataturk — a man who fought difficulties, loved women, who made mistakes, who was sometimes scared and achieved things," Dundar said.

Although the film contains no revelations about his life — thousands of books are published every year on Ataturk — "Mustafa" is the first film that emphasizes the private side of the deified leader over his military and nation-building feats.

Blending archive pictures, black and white footage and re-enactments, he is also seen dancing, drinking raki, wandering his palaces in lonely despair and becoming more withdrawn as he is overtaken by age and illness.

He died of cirrhosis of the liver in Istanbul, aged 58.

DOWN FROM A PEDESTAL

"Mustafa" has spawned extensive commentary in newspapers and on television since it opened two weeks ago. Nearly half a million movie-goers saw it in its first five days.

One Turkish newspaper said the film, with a 1-million-euro budget, had "brought Ataturk down from his pedestal."

"I found it interesting to learn more about who Ataturk was as a human being," said Gorkem Dagci, a 22-year-old engineering student. "He was not flawless, he was like the rest of us."

"Kemalists," who see themselves as true guardians of Ataturk’s legacy and have built a personality cult around him, say the film is an insult to Turkey’s national hero.

Nationalists are furious that the boy who plays Ataturk as a child is Greek. Ataturk was born in Thessaloniki (in today’s Greece) and Dundar used local children while shooting on location.

After wresting Turkey’s independence from foreign armies after World War One, Ataturk set about building a country based on Western secular values. When surnames were introduced in Turkey, Mustafa Kemal was given the name Ataturk, meaning "Father of the Turks."

He introduced the Latin alphabet, gave women the right to vote, modernized the education system and removed religion from public life. But he also created an authoritarian state and left the army as guardian of order. Under the military constitution drafted in 1982, it is a crime to insult Ataturk.

Today, democratic reforms aimed at European Union membership are straining notions such as secularism, nationalism and a centralized state. The secularist old guard of generals, judges and bureaucrats is losing its grip on society as a rising and more religious-minded middle class moves into positions of power.

Battles between the ruling Islamist-rooted AK Party and the secularist establishment over the use of the headscarf have revived the debate over Islam and secularism in modern Turkey.

Critics say Kemalists have turned Ataturk’s legacy into a dogma to defend the status quo. Many of his diaries and letters believed to touch on the issue of Islam and Kurdish nationalism are kept out of public view in military archives.

"The foundations of the republic are being discussed and the secularist establishment feels uneasy," author Hugh Pope said. "The debate around this film is a reflection of that but also of a maturing society that can discuss these things openly." 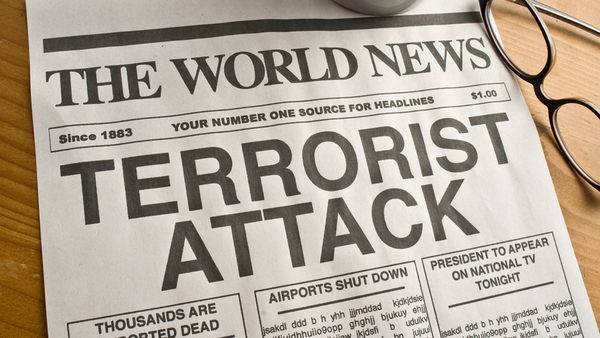