NEW DELHI/AHMEDABAD â€“ It is celebration time for Narendra Modi and Bharatiya Janata Party who have defeated speculations and predictions to return to power in Gujarat. While BJP is at the helm for the fourth time, without a break, Modi has taken over as the chief minister for the third consecutive term. The results announced last Sunday (December 23) indicate that this electoral battle was not a neck-to-neck fight between the BJP and its main rival Congress. In the 182-member assembly, BJP has won 117 seats, Congress 59, Nationalist Congress Party 3, Janata Dal-United (JD-U) one and independents two. The 2002-mandate helped BJP win 127 seats, Congress 51, JD-U two and independents two.

Expressing satisfaction with BJPâ€™s electoral victory, Modi (57) said: â€œThe BJP fought the elections only on the development plank and had only explained the partyâ€™s position when faced with attacks from the opposition.â€ Thanking the people for this mandate, he said: â€œThe credit for this victory goes to 55 million people of Gujarat. The hard work of our workers and the guidance from our central leadership has led to this victory.â€ Describing it as positive vote, he said: â€œPeople of Gujarat have discarded negativity. Anti-Gujarat forces have been defeated in this election.â€ The Congress leaders had failed to turn the tide in their favor as in Modiâ€™s opinion: â€œSonia Gandhi (Congress chief) and (Prime Minister) Manmohan Singh had campaigned for her party and tried to win, but they could not manage as the people of Gujarat did not accept them.â€

â€œIt is a very satisfactory result. After 17 years of anti-incumbency, if a party gets back to power then it is very good,â€ Modi said. As soon as the counting indicated that he was heading for a comfortable win, Modi sent out an SMS message saying: â€œI was the CM, I will remain the CM. For me CM means Common Man.â€ Modi defeated Congress leader Dinsha Patel by 87,000 votes in Maninagar constituency.

Describing the Gujarat-mandate as â€œa historic day for Indian democracy,â€ senior party leader L.K. Advani â€œThe BJPâ€™s spectacular victory in Gujarat is indeed a turning point because it signals BJPâ€™s comeback as the frontrunner in the next parliamentary elections.â€ Had Congress won elections, than it may have headed for parliamentary polls on Gujarat-plank. Now, according to Advani: â€œThis victory has certainly put off the possibility of mid-term polls.â€

Crediting partyâ€™s win to Modiâ€™s â€œimmense credibility,â€ BJP in-charge of Gujarat Arun Jaitley said: â€œModi provided the necessary edge to BJPâ€™s campaign.â€ On BJPâ€™s plans for taking Modi at the national level, Jaitley said: â€œAs for a role for him in the national party is concerned, certainly he is one of our foremost leaders in the country… But as of today, I am reasonably certain he is committed to the people of Gujarat. He has secured for the second time a very respectable mandate and therefore he is committed to serve the people of Gujarat.â€

Stunned by faring poorer than they had expected, Congress leaders have been left deliberating on what went wrong with their strategy. â€œWe have to really study the causes of why this has happened. The Congress was all for development. Our publicity campaign ran well and our electoral management was not bad,â€ Congressâ€™ main election manager Bharatsinh Solanki said.

Expressing disappointment with his partyâ€™s defeat, Science and Technology Minister Kapil Sibal said: â€œWe are deeply disappointed with the Gujarat results.â€ â€œWe will have to analyze (what went wrong). (Our) confidence was misplaced. While we have made no substantial gains, Modi has held on to its lead, almost held on to its lead, which is a remarkable achievement,â€ he said.

There is a view that impact made by Sonia Gandhiâ€™s â€œmaut ka saudagarâ€ (merchants of death) remark while campaigning in Gujarat is responsible for the Congress losing 30 seats in Saurashtra and Central Gujarat belt. The Congress was hoping on playing its trump card here. â€œThese are the primary constituencies which the Congress lost because of the maut ka saudagar effect. There could have been some more seats as well,â€ a Congress leader said.

Besides, failure of Congress to put up a strong, Gujarati leader as a challenge to Modi has further prompted the average Gujarati to display their support for him. In addition to anti-incumbency having failed, Modiâ€™s aggressive posture targeting only Gujarat and the stateâ€™s economic development have helped him return to power. Though the 2002-carnage, in which more than 1,000 Muslims were killed, still prevails as a stigma where Modiâ€™s credentials at the national and international level are concerned, it failed to have a negative impact in Gujarat for two reasons. First, the Muslims constitute less than ten percent of Gujaratâ€™s population. Secondly, the state-politics remains a fight between two parties, the Congress and the BJP. From this angle, without any regional party standing a challenge to Gujarati appeal of Modi, he has emerged the winner.

There has been a mixed reaction to Modiâ€™s victory from other parties, owing to the role he played in 2002 Gujarat-carnage. While Left parties have expressed concern at the results indicating prevalence of communal divide in Gujarat, the anti-Congress parties are counting on this to enhance return of BJP-led National Democratic Alliance in parliamentary elections scheduled for 2009. â€œThe results show that where the impact of communal politics is deep electoral efforts alone are insufficient to defeat communal forces,â€ according to Communist Party of India-Marxist (CPI-M). â€œGujarat election results show that secular forces would have to unitedly intensify the struggle against communal fascism, the danger of which continues,â€ Communist Party of India (CPI) leader D. Raja said.

Among the many who called up Modi to congratulate him was All India Anna Dravida Munnetra Kazhagam (AIADMK) chief Jayalalitha. In her message, she said: â€œYour spectacular victory has brought hope and cheer to the vast majority of people in this nation who now believe that all is not lost and that India can still be saved from the clutches of unscrupulous power mongers.â€

Even anti-Modi noise made by several BJP rebels failed to create a dent in partyâ€™s return to power. Only one of the seven BJP rebels, Bauku Unghad from Babra who crossed over to Congress has won. â€œThe claim of the rebels that they will be able to take away large chunk of Patel and Koli votes from the BJP has not proved to be true. They have no public support in Saurashtra,â€ a BJP leader said. The two Congress leaders who had crossed over to the BJP –Neema Acharya and Pabubha Manek– have won the elections from Anjar and Dwarka respectively. Though shocked, rebel BJP leader Keshubhai Patel is now apparently revising his earlier plans to remain against Modi. Congratulating Modi, Patel said in a statement: â€œI congratulate Narendra Modi for BJPâ€™s victory. For the interests of the people, both the ruling and opposition parties should work together to take Gujarat forward on the road of development.â€ 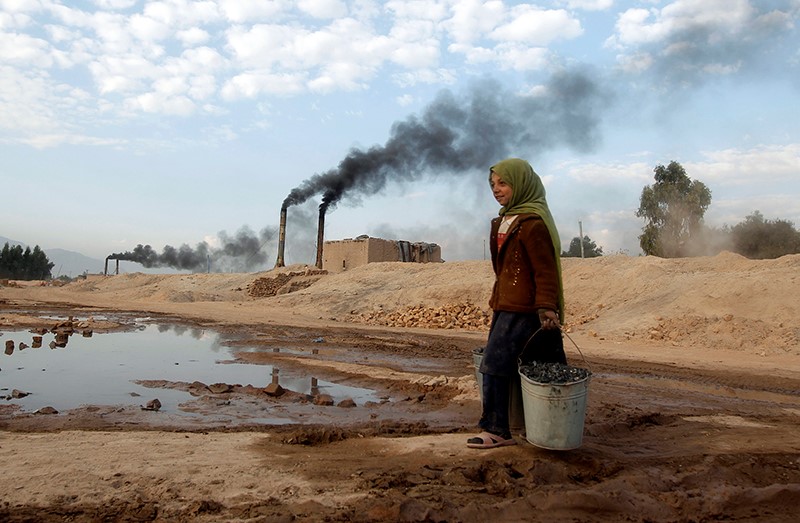 Security / Insecurity in South Asia, and American Interests
By Geoffrey Cook, TMO Richmond (Va.)--Last week we discussed the current crisis in the Indo-Pakistani space.  This week we shall…

Bachmann, Gaffney, and the GOP’s Anti-Muslim Culture of Conspiracy

© 2020 MuslimObserver.com, All Rights Reserved
Canâ€™t Escape the Music! 3 Years After the Tsunami
Scroll to top