Wow! These are exciting times in the stock market, arenâ€™t they? Iâ€™m sure youâ€™ve heard by now that the Dow Jones Industrial Average is near or at a new, all-time high, matching its level from the bull market peak in early 2000. And thatâ€™s a great thing, isnâ€™t it? Well, it surely would be, if investors were actually benefiting, but leave it to a bear to show why they have not!

I can hear the objections now. â€œThe Dow is at or near a new high, and this is really meaningful stuff. The index closing above its previous bull-market highs could signal that a durable bull market is underway. So load up on stocks!â€

Not so fast, kids. I see a little glitch on the road to the big Dow party. Taking a closer look shows a glaring problem–or two. Letâ€™s start with the most obvious, and, for anyone preferring an interactive exercise, follow along, using the excellent chart program at www.bigcharts.com . I suggest using the chart options on the left side of the page with a â€œcustomâ€ time setting, starting with early 2000.

From there, enter into the quote box symbols for all Dow 30 stocks. (That list is available on the Yahoo â€œFinanceâ€ page by clicking on â€œDowâ€ and then the â€œComponentsâ€ link.) As you enter the symbols, you will see some strong performers over that time period â€“ Altria (MO), Exxon Mobil, Caterpillar and United Technologies. But as you go through the entire list, youâ€™ll also find some rather big losers. In fact, as I do this exercise on the last trading day of September 2006, I see that only 10 of the Dow 30 stocks are higher now than they were in early January 2000. If I did the math right, that means that 20 stocks are lower today than they were in the year 2000! But, please, feel free to check my figures for yourself.

Hereâ€™s another problem. For each of those listed stocks, real investor money, maybe some of yours, was invested in them. I am sure that at least a few of you held shares in Microsoft, Intel, Merck, Pfizer or Home Depot, right? And as each stock on the Dow 30 list rose or fell, investors made money–or lost.

But letâ€™s look at the Dow as a basket, since using the method for calculating the value of that basket of stocks yields a misleading result. When the Dow hits a new high, can we assume that investors in that basket of stocks have regained all the dollar value they owned at the start of the investment period weâ€™re examining?

Remember, the Dow is not a market-weighted index like the S&P 500, but rather a price-weighted index. That means that higher priced shares have a greater effect on the value of the Dow index, regardless of their market cap. So Boeing, with a market capitalization of about $63 billion, has a bigger effect on the index than Microsoft, with its much greater $275 billion value. â€œSo what?â€ you ask.

Actually, this calculation makes a really big difference! Hereâ€™s how: in the past six years, Boeingâ€™s market cap has increased about $35 billion, so its move higher has had a greater effect on the Dow index than Microsoft, which lost about $300 billion during the same time. Do you see what I mean? Investors have lost more money in Microsoft shares than they made in Boeing shares. But, according to the Dow formula, the gain seems to have compensated for the loss.

When doing this exercise for each stock in the Dow 30 index, I see that the 10 winners added about $510 billion in investor gains. But this gain was offset by losses in the larger companies of almost $1.3 trillion! And when I add the original market cap for the 10 winners and 20 losers, I get–in approximate figures with no assurance of complete accuracy–a total market capitalization for all 30 stocks of about $4.7 trillion.

But the total value of these companies is now just under $4 trillion, meaning that (Are you checking my math?) investors have lost nearly $750 billion, which has yet to be gained back. Of course, this number is somewhat skewed by the payment of dividends or, in Microsoftâ€™s case, very large payments to shareholders.

Of course, I am also excluding the many hundreds of millions of dollars in profits and pay packages taken by brokers, advisors and mutual and hedge fund managers, who bought and sold those shares over the same time frame and deducted those costs from investorsâ€™ bottom lines.

So you may say that the Dow dividends and industry compensation gains cancel each other out. And with the understanding that I donâ€™t have access to accurate numbers, feel free to doubt my assumptions. But assuming that I am at least close to right, the Dow 30 list appears to be about 15% lower in value now than at its previous peak.

And hereâ€™s the real kicker, and many of you will know exactly where Iâ€™m aiming. In the time that our present leader has occupied the White House, the value of the dollar has dropped by about 40%! So an investor with a million dollars invested in the basket of Dow 30 stocks, as figured by the index, has lost 40% in real terms, after inflation, in the purchasing power of the dollar! When we also include the effects of actual market capitalization losses, investors are now down nearly 50% in real terms!

So how good do you feel now about the Dowâ€™s hitting a new high? To me, this manipulation of numbers is just another flagrant example of the master marketers â€œhypingâ€ the stock market. Even as I write this column, with my TV somehow tuned to CNBC — with the sound on, I hear bull market huckster Jim Glassman again touting the veracity of his previous claim that the Dow is heading to the 36,000 level!

His book with that same title chimed this claim to investors long before the bear market rally put his prediction on hold. But he now stands by his previous call and assures us that simply resuming previous stock market returns of about 10% per year, on average, will see the Dow hit that magic mark in about 14 years.

Erâ€¦hold on a minute. Using that historical average is great for hypothetical purposes, but when I calculate the value of the Dow in 1900 at 66 and todayâ€™s value at about 11,700, I get an average annual compound return closer to 5%, excluding dividends, now paying just over 2%.

And as I write, the P/E for the Dowâ€™s basket of 30 stocks is quoted as selling at 22 times earnings, and this high amount has always signaled a market top in the past. Never has there been, and, I am sure, never will there be a lasting rally that begins with stocks selling at such premium prices.

But stocks and mutual funds must always be sold, so, whether facts support valuations and prices or not, the hype and promotion must go on. Hey, brokers and fund managers have to eat, too, right?

But hype is hype, and it is often very far from reasonable rationale for buying stocks at steep prices. But trust the promoters to keep you very well informed with whatever data supports their never-ending call for investors to buy stocks.

Sure, the Dow is close to a new closing high. But so what? Investors still have not reached their previous peak, which occurred more than six years ago, and the value of their holdings in the Dow 30 are much lower now than they were in early 2000, regardless of what that index shows.

But the show must go on, and on it goes! The Dow will rise — and may even reach that 36,000 level. But the timing is much in doubt. Give it another 30 years, and it could happen. But in the meantime, look for better values and true investing opportunities –wherever they are. For now, they are not in the Dow! 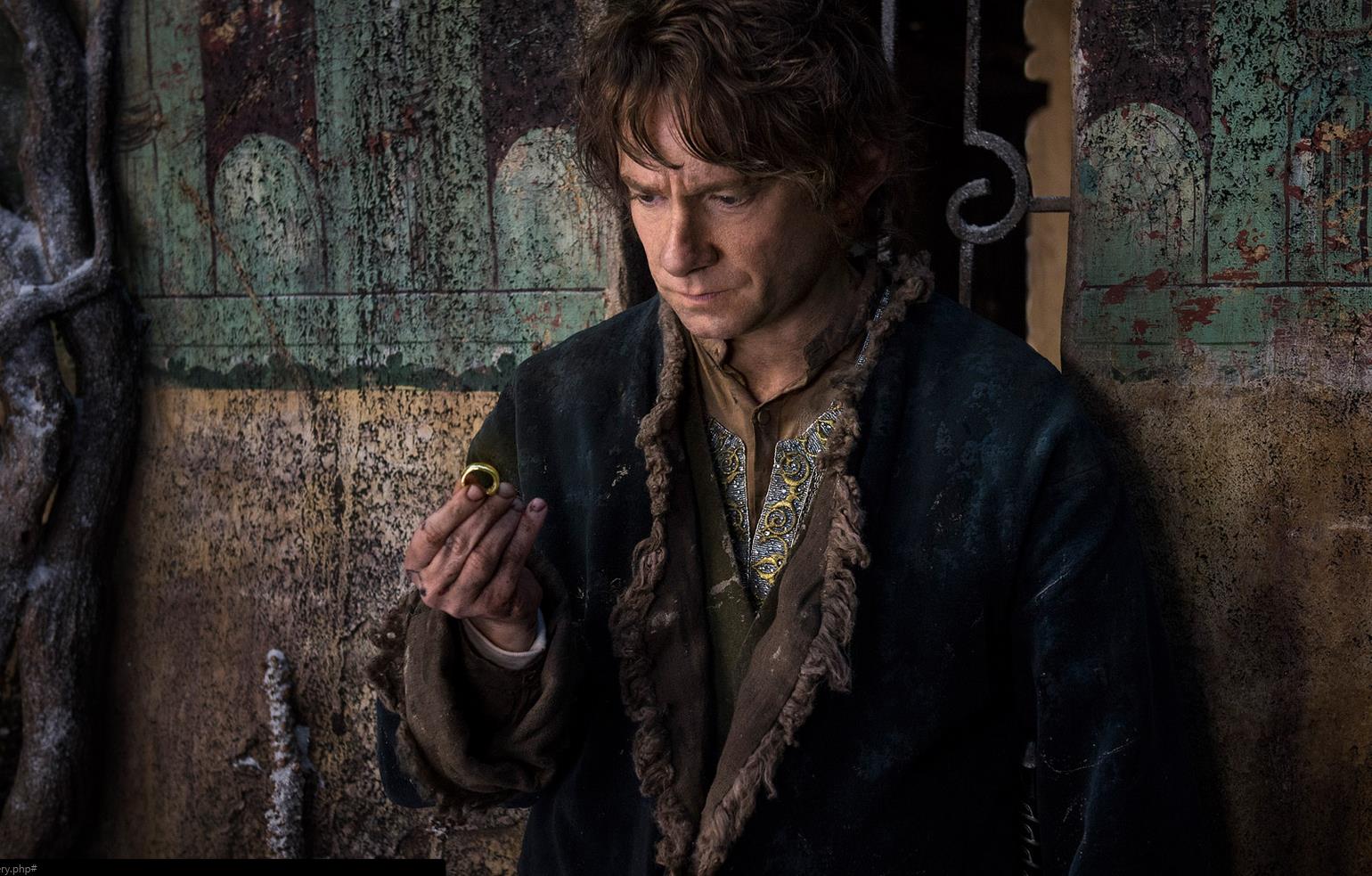 Aisam-ul-Haq Continues to Fly Up the Rankings
By Parvez Fatteh, Founder of http://sportingummah.com, sports@muslimobserver.com Pakistanâ€™s Aisam-Ul-Haq Qureshi continues his meteoric rise up the Association of Tennis Professionals…