There is a story of Karbala

There is a story of a man who knew that he was the prophet’s progeny.

There is a story of a man who realized his life was political currency,

that with spending it, he could save thousands, millions, of others from calamity.

There is a story of Karbala that is harsh. It is chains on the chest of mourning men.

This is a story about Hazart Hussain, who went to aid his allies in Kufa, and with his family, walked into his own martyrdom.

There is a story that he knew he was going to die, and that when his enemy told him

that not even a funeral shroud

would be provided for his corpse,

he responded, God will send onto his body a cloth of divine light, directly from Heaven.

There is a story that is about massacre.

70 women and children, warrior and worshipper, killed by an army of thousands; starved from water for three days.

There is a story of Karbala that everyone knows.

It is sharp like swords, putrid like the smell of bodies left to rot in the desert.

There is another Karbala, that we do not speak about.

There is a Karbala that is soft.

There is a Karbala;

In which Hazart Hussein was a father, a new father, to baby boys; Ali as-Asghar and Zayn-al Abidin,

In which he felt their infant hands, soft as the petals of Persian Jasmine, grasp his fingers.

There is a Karbala;

In which he heard his young daughter, Ruqayyah, speak to him in the gentle and gibbering Arabic of a toddler.

There is a Karbala full of mothers, who tended to their children, regardless of thirst, regardless of heat, with love as supple as the hand-woven rugs they left behind in their homes.

There is a Karbala full of husbands, who’s bond in marriage reeked so much of love that their wives walked with them through that desert, to the last moment they would ever be able to embrace one and other.

There is a Karbala of love.

There is a Karbala as soft as the laugh of a child, as smooth as silk on a jummah afternoon.

There is Karbala as sweet as Hafiz, as succulent as Rumi.

I do not wish to romanticize Karbala.

There is no romance in malpractice.

I wish to remind you that as you fight for the injustices of our past, and blaze forward to undo the injustice of our future, you must seek the soft.

You must remember as you mourn that while they fought they also loved.

While they died they also loved.

While their last breath left their bodies, they also loved.

My Karbala so full of love that it is as soft as pink chiffon, as delicate as rose petals.

My Karbala is one where the Army of the Holy was massacred, but the love of their House was only sanctified.

My Karbala is soft, so soft, that even chain links covered with the blood of devotees, are no match for the noor they bring to those who hold them.

Poet Suraiya Ali has grown up with the mourning of Karbala. She has felt her history every Ashura. During the Muslim month of Moharram, where Shia and Sunni Muslims alike, mourn the martyrdom of Hazart Hussain, who suffered on the fields of Karbala a death deemed gruesome by most in history, it is easy to be lost in the convictions of pain. Suraiya in her work, “Karbala, A Reminder”, engages readers in realize, that even with pain comes softness and in that softness, a devotee can find bliss. 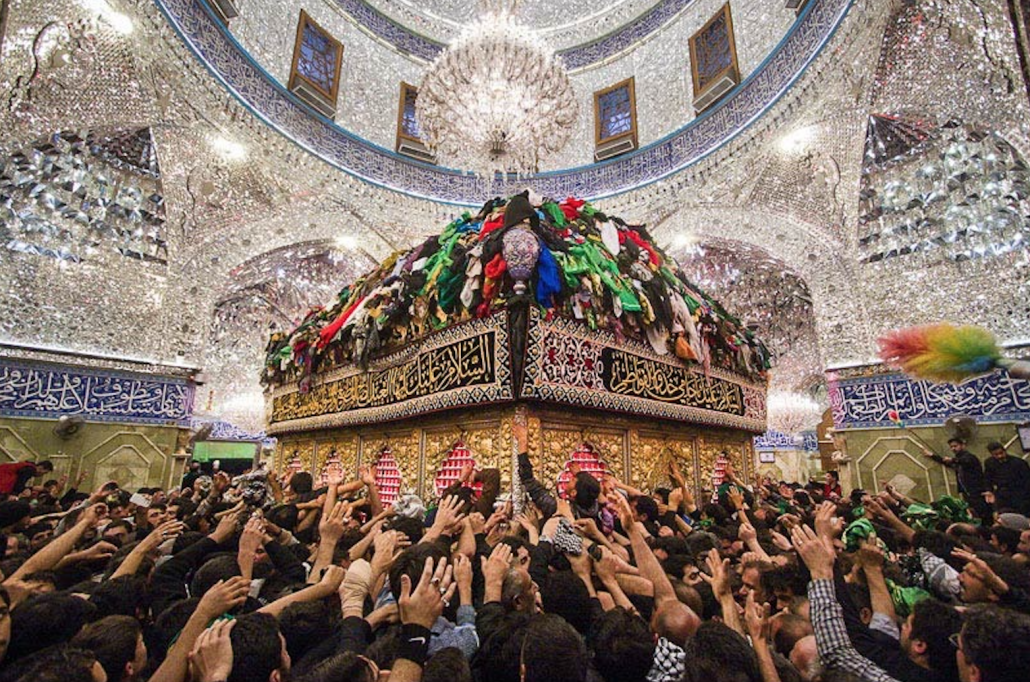 City Under Siege
Islamic Cairo is still waiting for a comprehensive urban development plan, much to the concern of the World Heritage Committee,…

“I told the US to Talk to the Taliban. They Jailed Me.’