Of all the restaurants, in all of the garden state I had to walk into this one. Of course when I am not roleplaying Rick from Casablanca, I have taken you all on my magical mystery tour of Halal eats from around the country. Today though, I want to take a trip down memory lane to my absolute favorite restaurant in New Jersey—and the first place I profiled on my show, Sameer’s Eats— Kabab Paradise.

Located in Lake Hiawatha in New Jersey, this family run joint self-professes its ability to cook up “fine delicacies from Afghanistan, as well exceptional American fare, including some of the best halal burgers your money can buy”.  With promises like that, you know I have to hold them honest to their claim.

After a quick 30 minute drive from the city to the burbs, I easily found the place off the side of North Beverwyck Road and was immediately enticed by both the smells wafting into the parking lot as well as the flashing neon Hot Wings sign—you all know where my heart lies on a good chicken wing. Upon walking in and catching up with the owners, Ali and Mushtaba, I got the usual order and grabbed a seat in preparation for the feast that was to arrive.

Like any fine establishment I patron, the first appetizer out of the kitchen was the spicy honey bbq wings. Just as the sign outside warned, these wings were hot. The glaze coated the entire wing making sure that you had a nice ratio of sauce to meat whenever you took a bite. And unlike some places that make their wing sauce sticky sweet with lots of sugar and corn syrup, the honey aspect of the sauce was just enough to tinge the spiciness without completing muffling the heat.

Though the appetizer was a good preview of what was to come, it was the mains that really blow this place—and my belt—up a few notches. Up first was the Neptune Burger which after tasting it should really be renamed for one of Dr. Frankenstein’s monstrous creations. The burger itself is topped with mushrooms, Swiss & American cheeses, pickles and onions rings paired with ranch instead of the typical mayo you might find. And honestly after chomping down into this burger, this mashup delights elicits so many different adjectives from crunchy and tangy to melty that it could be considered poetry in itself. To add to the poetry of this dish, I paired up my burger with a side of chili cheese fries that were still crispy out of the fryer without feeling weighed down by the immense amount of traditionally seasoned chili on top.

While I didn’t think this place could get any better after the burger, I was duly mistaken. Unlike a typical gyro platter you would find in a Greek or Turkish restaurant, the gyros at Kebab Palace are inspired and flavored by the owner’s Afghani heritage. So while the meal does include the typical trimmings of grilled meats, yogurt sauce, onions, and mixed vegetables, this version adds in shredded carrots and raisons to provide a bit of contrasting sweetness and crunch to the dish. When topped  over some Afghani styled rice, it really makes you yearn to learn more about the cuisine of a country that is so misunderstood in contemporary America. And honestly with the American sized portions this place serves up, you will have plenty of time to contemplate these cultural interactions as it might take you quite a while to reach the bottom of the plate.

Delicious food aside, another reason to take some time out to visit the guys at Kebab Palace is to keep on helping to support local businesses. When asked what motivated the family to get into the restaurant business, instantly, my friend Ali, said that they couldn’t find a good local Halal eatery so they just decided to open up their own. Yet in addition to slinging up Afghani treats at American sized portions and prices, they constantly give back to the local community by sponsoring local Afghani soccer and basketball teams.

So if you ever find yourself straggling around North Jersey and are looking for gut busting food with tongue tying flavors, be sure to keep your eyes peeled and noses attuned for Kabab Paradise. 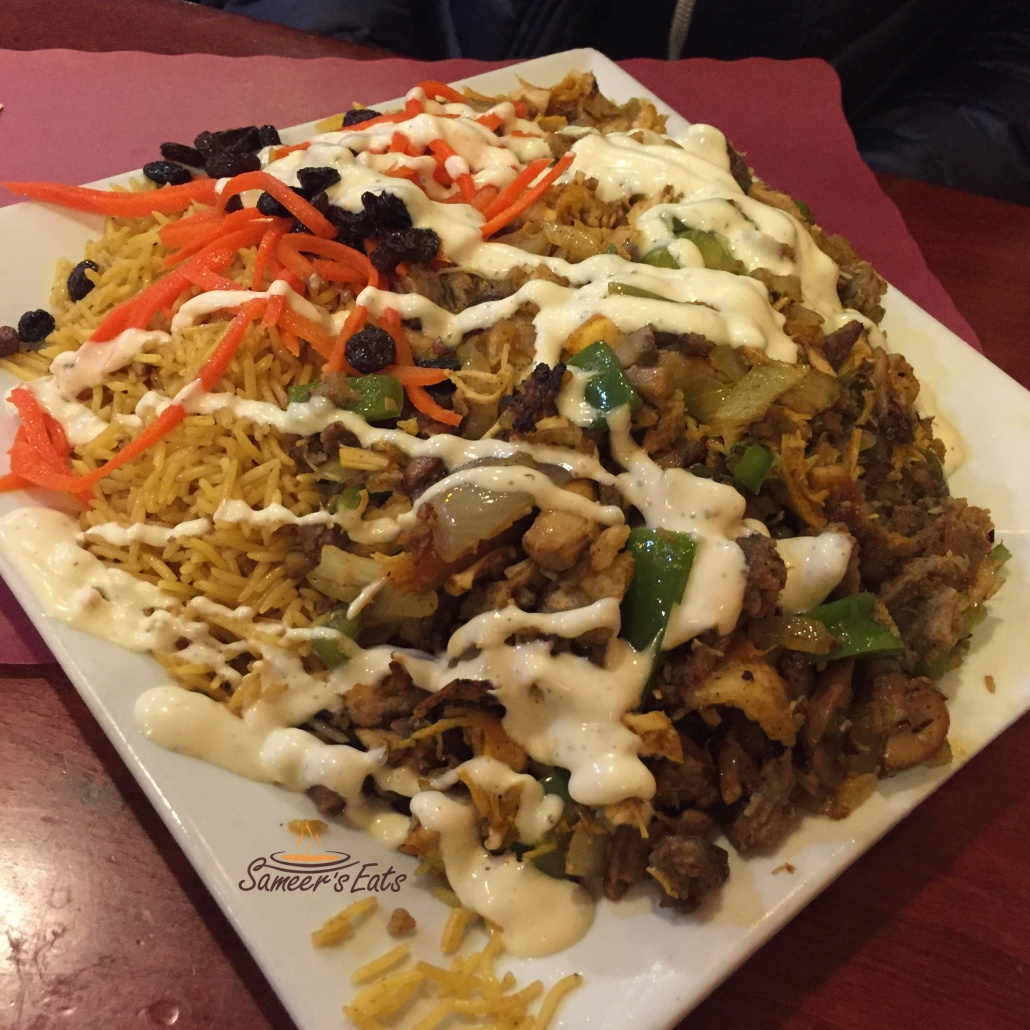