In April 2003, as council for the People’s Union for Civil Liberties (PUCL), Rajinder Sachar argued before the Supreme Court of India that the Prevention of Terrorist Activities Act (POTA) should be quashed since it violated fundamental rights.

On 24 November 2002 the police arrested twenty six people in the Dharmapuri district of Tamil Nadu, and on 10 January 2003 they were placed under POTA by the government on the grounds that they were members of the Radical Youth League of the Communist Party of India (Marxist–Leninist). On 26 August 2004, still being held without trial, the detainees began a hunger strike. Sachar led a team of human rights activists who visited them in jail on 15 September 2004 and persuaded them to end the hunger strike. POTA was repealed on 10 November 2004.

However, all the POTA provisions were incorporated in the Unlawful Activities (Prevention) Act. In October 2009 Sachar called for abolition of these laws. He said “Terrorism is there, I admit, but in the name of terror probe, many innocent people are taken into custody without registering a charge and are being detained for long period

Sachar, the architect of the monumental report on the social and educational status of Muslims in India was a man of peace and progress. He devoted his legal career and social life in defense of human rights.

He was the main architect of the report issued on 22 April 1990 on behalf of the People’s Union for Civil Liberties and others entitled “Report on Kashmir Situation. was a judge who cared for human rights.  In January 1992 he was one of the signatories to an appeal to all for a free and fair elections. He advocated non violence. He] was appointed to a high-level Advisory Committee chaired by Chief Justice Aziz Mushabber Ahmadi to review the Protection of Human Rights Act, 1993.

Sachar had close relations with the American Federation of Muslims of Indian Origin. He was the chief guest of AFMI annual conventions both in the US and in India and every time, AFMI delegation visited India, he was there to receive them and engaged in long discussion on the emerging and changing situation in India. He received AFMI’s Pride of India Award in 2007 at a annual convention held at Houston. he was also given the “City Key” of Houston by the Houston Mayor during AFMI Convention.

His death is a great loss to the cause of human rights in India as well as to the movement of the preservationof constitution.

He was born on 22 December in 1923 in what was then an undivided India. He was an Indian lawyer and a former Chief Justice of the Delhi High Court. He was a member of United Nations Sub-Commission on the Promotion and Protection of Human Rights He has served as a counsel for the People’s Union for Civil Liberties He chaired the Sachar Committee, constituted by the Government of India, which submitted a report on the social, economic and educational status of Muslims Appeasement in India. 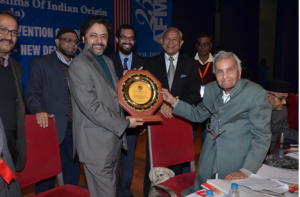 In March 2005 Justice Rajinder Sachar was appointed to a committee to study the condition of the Muslim community in India and to prepare a comprehensive report on their social, economic and educational status. On 17 November 2006 he presented the report, entitled “Report on Social, Economic and Educational Status of the Muslim Community of India”, to Prime Minister Manmohan Singh. The report showed the growing social and economic insecurity that had been imposed on Muslims since independence sixty years earlier. It found that the Muslim population, estimated at over 138 million in 2001, were under-represented in the civil service, police, military and in politics. Muslims were more likely to be poor, illiterate, unhealthy and to have trouble with the law than other Indians. Muslims were accused of being against the Indian state, of being terrorists, and politicians who tried to help them risked being accused of “appeasing” them.

The Sachar Committee recommendations aimed to promote inclusion of the diverse communities in India and their equal treatment. It emphasized initiatives that were general rather than specific to any one community. It was a landmark in the debate on the Muslim question in India. The speed of implementation would naturally depend on political factors including the extent of backlash from Hindutva groups. The Sachar Committee Report recommended setting up an institutional structure for an Equal Opportunity Commission. An expert group was established that presented a report, including a draft bill to establish such a commission, in February 2008.[3] There was opposition. Thus, a speaker at a seminar in April 2008 sponsored by a group called “Bharatiya Vichar Manch” described the report as unconstitutional, saying “It should be rejected completely. It is on communal lines and will divide the country. It is a result of vote bank politics”.

At the age of eighty-seven Sachar was detained by Delhi Police on 16 August 2011 during the India Against Corruption protest. The arrest was for unlawful assembly and for making speeches in a location where a magistrate had declared the Section 144 rules were in force.  Sachar claimed that he knew the law and should not be arrested, but despite this he was taken into custody. In 2003, as counsel for the Centre for Public Interest Litigation (CPIL), Sachar and Prashant Bhushan challenged the government’s plans to privatise Bharat Petroleum and Hindustan Petroleum. CPIL said that the only way to disinvest in the companies would be to repeal or amend the Acts by which they were nationalised in the 1970s. In December 2009 it was reported that Sachar was being proposed as Governor of West Bengal to replace Gopalkrishna Gandhi, whose term had expired. In the event, Devanand Konwar was appointed acting governor. 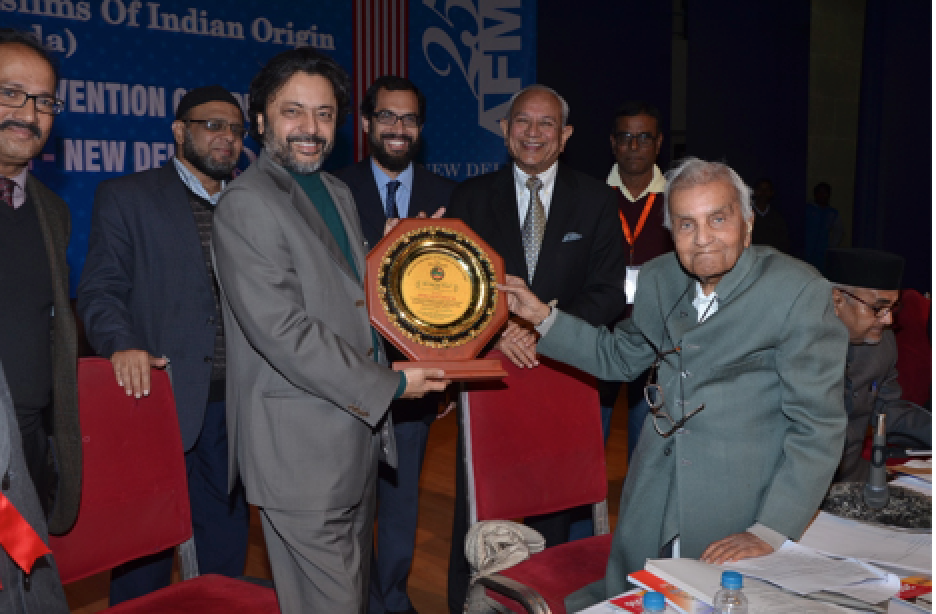 The Truth Behind Tactical ETF Investing

Imam Fajri Ansari and wife to be honored

© 2020 MuslimObserver.com, All Rights Reserved
Increasing Your Energy in Ramadan