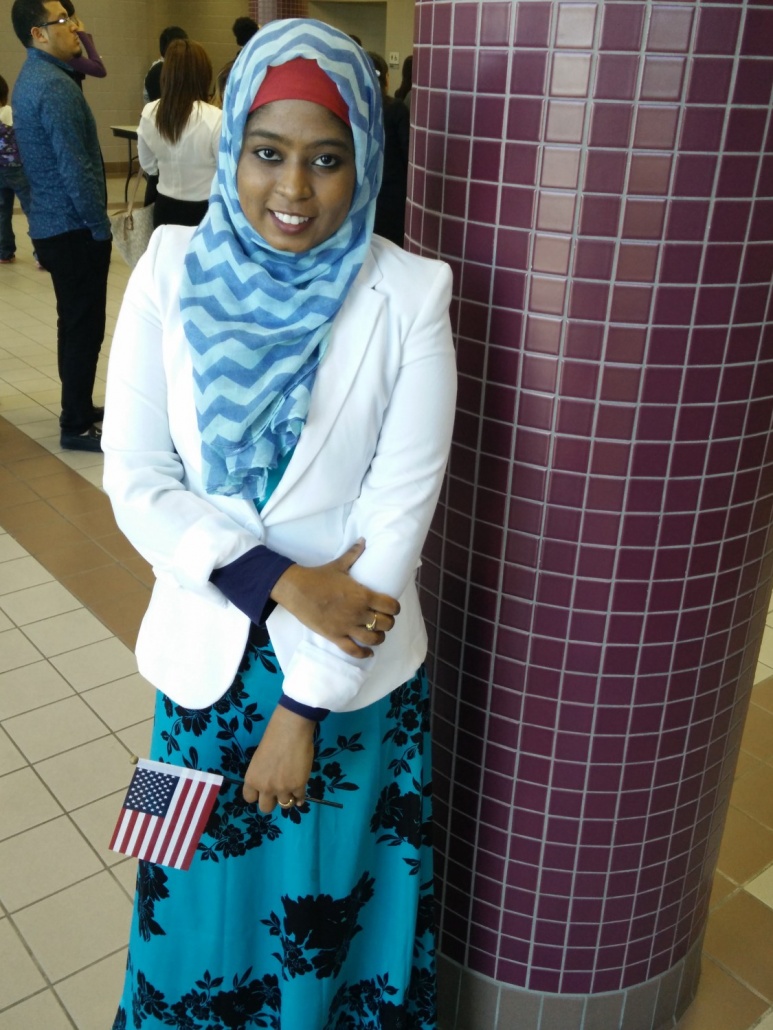 I was thirteen when 9/11 happened, only a few weeks into the start of the eighth grade. The series of events that that horrifying incident put into action are still playing out to this day, 14 years later.

Just five days ago, the Paris attacks occurred and just like that, the snowballing Islamophobia has reached its peak, globally. News reports from all over the world have been coming in of Muslim experiencing verbal or physical attacks, mosques being targeted more than ever and, overall, Muslims feeling a concern for their safety. There is even a list compiled of all the Anti-Muslim acts reported in the U.S. since the Paris attacks.

I was born in India, but the country has never been more than a summer vacation place for me. My parents moved to Saudi Arabia where my dad worked as a laboratory technician for nine years and then we moved to the U.S. When people ask me where I’m from, I could never give them a simple answer.

After graduating from high school, I decided to go to medical school abroad and because of all the time I was spending outside of the country school, my first application for citizenship was denied. I spent a lot of time after that imagining what it would be like if I was no longer allowed to live in the U.S. It was a depressing thought, considering that my entire family, four generations of it, are citizens already. Where would I call home?

Three days ago, Governor Greg Abbott of Texas, along with more than 20 others states, are attempting to ban Syrian refugees from entering their states. To further disown a group of people that are already being persecuted in their own homelands is a reproachable act. I can’t stop thinking how easily it could be any of us in their situation.

I still have some aunts, uncles and cousins in India and they may see my surrendering of my Indian passport as a betrayal. Currently, India hasn’t been spared from the growing Islamophobia either.

Well-known Bollywood actor Shah Rukh Khan was recently told by Indian politicians to leave India and move to Pakistan. His crime? He stated in an interview that India has a growing “religious intolerance” problem following the mob-killing of a Muslim man last month for allegedly consuming beef.

And so, while I sat in a school district stadium in Houston with 1,700 other hopeful applicants taking the oath, these were the thoughts that swirled about in my head. Not once, through the tumultuous journey to this point, did I question my wishes to become a U.S. citizen. The only thing that I understand is that, bleak as the current environment for any Muslim may be, if I can be a glimmer of change, of positivity in this world then this was only a first step.

The words of Yasir Qadhi, a Muslim scholar and Rhodes College professor, ring truer to me now than ever before.

“Our motherland is not the country that our grandfathers lived in but the country our children will be buried in.”

I always knew this day would come, even when I first stepped on American soil as a nine-year-old on Permanent Residency status. I could never have imagined, however, the way the world around me would drastically change, and in turn, change me. It changed me to become a better version of myself despite the label mainstream media continues to push upon Muslims.

Editor’s note: This article originally appeared on BrownGirlMagazine.com. Atiya Hasan is the COO and Co-founder of Brown Girl Magazine. She currently lives in Houston, TX and is a recently graduated MD. She strongly believes in empowerment through knowledge. Her views are her own.

“Tragedy Made us a Family”: Todashev widow visits Tsarnaevs in Dagestan

For Syrian refugees, faith groups want a US welcome mat
Scroll to top