The marathon negotiations in Lausanne between Iran and six world powers have finally produced the framework for a Joint Comprehensive Plan of Action (JCPA) regarding Iran’s Nuclear Program.

President Obama called the deal “historic.” Many in Iran took to the streets to celebrate. But this, remember, is just a preliminary understanding.

Now Iran and the so-called P5+1 (the five permanent members of the UN Security Council plus Germany) have until June 30 to hammer out and agree on the details.

Considering the depth of distrust between Iran and the United States – despite reports of personal rapport between Secretary of state John Kerry and Iranian Foreign Minister Mohammed Javad Zarif – this will be tough going.

Indeed, the resolution of all the remaining issues is dependent on both parties either trusting that the other party will remain loyal to the agreement or simply taking the risk that they will. But can they and will they?

I study public opinion in both the US and Iran. The polls clearly show the tightrope that Iranian and American negotiators have ahead of them.

Most recent surveys (one in July and one in October) conducted by the University of Tehran Center for Public Opinion Research (UTCPOR), the findings of which are also corroborated by the recently published Gallup poll, show that the Iranian people support the negotiations and are increasingly optimistic about the prospects of both sides eventually reaching a negotiated deal.

For example, most Iranians are willing to accept increased international oversight and more intrusive inspections and are open to limiting Iran’s enrichment to the 5% level. But close to three-quarters of Iranians believe it is unacceptable to demand that Iran dismantle half of its centrifuges (72%). An even greater number oppose any limits on nuclear research (76%).

What is most significant, however, is that while there is public consensus in support of the nuclear program, the Iranian people’s willingness to consider various elements of a compromise deal is strongly correlated with how much trust and confidence they have in P5+1 and in the United States.

This link between overall trust and willingness to compromise is noticeable across multiple surveys conducted over the past year and a half.

What these surveys also make clear is that the Iranian people distrust the US and have little confidence in P5+1.

Clear majorities of Iranians believe that the US is not really concerned about Iran’s nuclear program and that it is just using it as an excuse to achieve other goals (77%).

If Iran were to provide concessions on the nuclear issue, the prevailing thinking holds, it would make the United States use sanctions and other political pressure to extract concessions from Iran in other areas (59%). And 76% of Iranians believe that even if Iran were to fully accept and implement US demands with regards to its nuclear program, the United States would continue sanctions for other reasons.

Finally, there is also widespread concern among Iranians and Iranian policy makers that even if the US does agree to lift sanctions against Iran, it will use other methods to discourage multinational corporations from making the kinds of investments that Iran direly needs.

Symmetry in US public opinion

Public opinion polls in the US almost mirror those in Iran.

According to multiple polls conducted in the US, while a majority of Americans support a deal along the lines outlined by the parameters agreed in Lausanne, they are quite skeptical about Iran’s intentions. As seen in Iranian public opinion, there is a strong link between American support for the agreement and American perceptions regarding Iran’s ultimate intentions.

For example, the recent Washington Post-ABC poll finds that 59% of Americans approve of an agreement along the lines of the agreed framework. But according to the Pew Research Center, half of those who think Iran is not negotiating in good faith disapprove of the United States negotiating directly with Iran over its nuclear program. And, again like their Iranian counterparts’ view of the US, solid majorities (63%) of Americans believe that Iranian leaders are not serious about addressing international concerns about their country’s nuclear enrichment program.

While it is, of course, possible that the negotiators have cultivated the personal trust needed to have an effective working relationship, they still must recognize the reality that whatever they agree on will, ultimately, have to be sold domestically.

This is particularly important since the political careers of leaders in both countries have become heavily dependent on them being able to convince their respective domestic constituencies that they have achieved a “good deal.”

This poses the leaders with a challenging task that they can only resolve together.

For a final deal to materialize and endure, both Iran and the US will have to take actions that will reassure the public of the other country regarding their intentions. They must refrain from doing things that may aggravate present suspicions.

If they do not, spoilers on both sides will take advantage of the mutual public distrust to score political points, almost certainly to the detriment of actually securing and successfully implementing the JCPA. 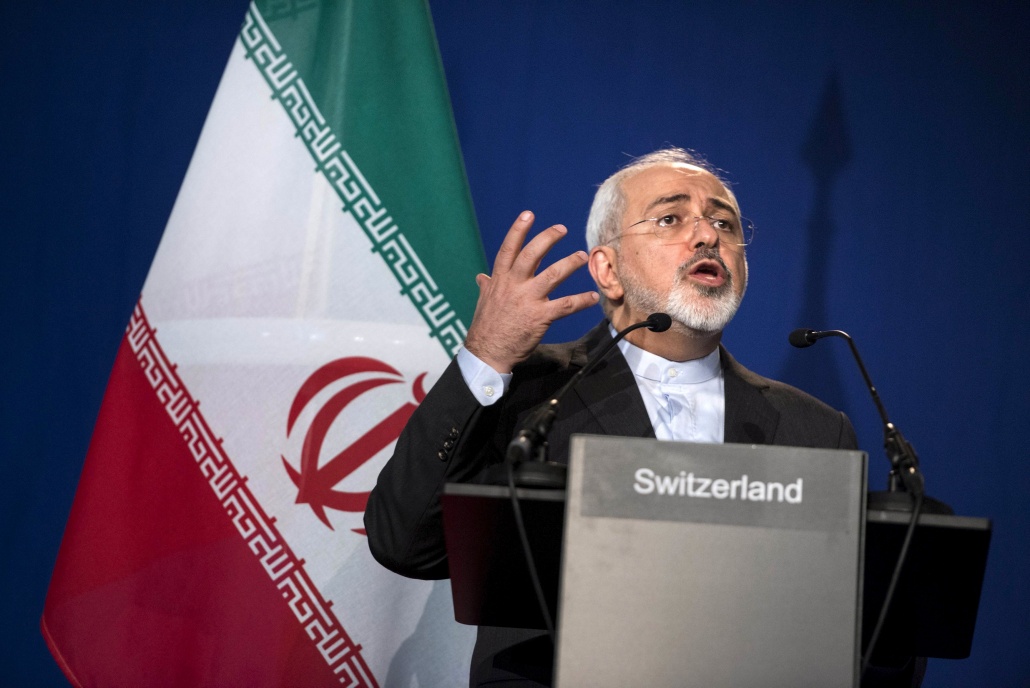 The Crisis in U.S.-Israel Relations Is Officially Here
By Jeffrey Goldberg The other day I was talking to a senior Obama administration official about the foreign leader who…