By Jeffrey Heller and Angus McDowall

JERUSALEM/RIYADH (Reuters) – If President Barack Obama has disappointed Syrian rebels by deferring to Congress before bombing Damascus, he has also dismayed the United Statesâ€™ two main allies in the Middle East.

Israel and Saudi Arabia have little love for each other but both are pressing their mutual friend in the White House to hit President Bashar al-Assad hard. And both do so with one eye fixed firmly not on Syria but on their common adversary – Iran.

Israelâ€™s response to Obamaâ€™s surprise move to delay or even possibly cancel air strikes made clear that connection: looking soft on Assad after accusing him of killing hundreds of people with chemical weapons may embolden his backers in Tehran to develop nuclear arms, Israeli officials said. And if they do, Israel may strike Iran alone, unsure Washington can be trusted.

Neither U.S. ally is picking a fight with Obama in public. Israeli Prime Minister Benjamin Netanyahu said on Sunday that the nation was â€œserene and self-confidentâ€; Saudi Foreign Minister Prince Saud al-Faisal simply renewed a call to the â€œinternational communityâ€ to halt Assadâ€™s violence in Syria.

But the Saudi monarchy, though lacking Israelâ€™s readiness to attack Iran, can share the Jewish stateâ€™s concern that neither may now look with confidence to Washington to curb what Riyadh sees as a drive by its Persian rival to dominate the Arab world.

Last year, Obama assured Israelis that he would â€œalways have Israelâ€™s backâ€. Now Netanyahu is reassuring them they can manage without uncertain U.S. protection against Iran, which has called for Israelâ€™s destruction but denies developing nuclear weapons.

That may not reassure a U.S. administration which has tried to steer Netanyahu away from unilateral action against Iran that could stir yet more chaos in the already explosive Middle East.

Israelâ€™s state-run Army Radio was more explicit: â€œIf Obama is hesitating on the matter of Syria,â€ it said, â€œThen clearly on the question of attacking Iran, a move that is expected to be far more complicated, Obama will hesitate much more – and thus the chances Israel will have to act alone have increased.â€

Israelis contrast the â€œred lineâ€ Netanyahu has set for how close Iran may come to nuclear weapons capability before Israel strikes with Obamaâ€™s â€œred lineâ€ on Assadâ€™s use of chemical weapons – seemingly passed without U.S. military action so far.

Saudi Arabia, like Israel heavily dependent on the United States for arms supplies, is engaged in a historic confrontation with Iran for regional influence – a contest shaped by their leading roles in the rival Sunni and Shiâ€™ite branches of Islam.

Riyadh is a prime backer of Sunni rebels fighting Assad, whose Alawite minority is a Shiâ€™ite offshoot. It sees toppling Assad as checking Iranâ€™s ambition not just in Syria but in other Arab states including the Gulf, where it mistrusts Shiâ€™ites in Saudi Arabia itself and in neighboring Bahrain, Yemen and Iraq.

Saudi King Abdullahâ€™s wish for U.S. action against Iran was memorably contained in leaked U.S. diplomatic cables, including one in which a Saudi envoy said the monarch wanted Washington to â€œcut off the head of the snakeâ€ to end Tehranâ€™s nuclear threat.

Disappointment with Obamaâ€™s hesitation against Assad came through on Sunday in the Saudi foreign ministerâ€™s remarks to the Arab League in Cairo, where he said words were no longer enough.

Riyadh and its allies in the Gulf Cooperation Council (GCC) risk ending up empty-handed in their latest push for U.S. backing in their campaign to rein in Iran, said Sami al-Faraj, a Kuwaiti analyst who advises the GCC on security matters:

â€œThe idea of a punishment for a crime has lost its flavor. We are on the edge of the possibility that military action may not be conducted,â€ he said. â€œCongress, for sure, … will attach conditions to what is already going to be a limited strike. At the end, we as Gulf allies, may end up with nothing.â€

Israel does not share the Saudi enthusiasm for the Syrian rebel cause, despite its concern about Assadâ€™s role as a link between Iran and Lebanese and Palestinian enemies. The presence in rebel ranks of Sunni Islamist militants, some linked to al Qaeda, worries the Jewish state – though Riyadh, too, is keen to curb al Qaeda, which calls the royal family American stooges.

Saudi and Israeli support for U.S. air strikes in response to Assadâ€™s alleged use of poison gas scarcely stands out less amid a global clamor of reproach for Damascus. But the recent Egyptian crisis saw them more distinctly making common cause in lobbying Washington – since their preference for Egyptâ€™s army over elected Islamists was at odds with much of world opinion.

That, too, reflects shared anxieties about the strength of Islamic populism and about Iran, which found a more sympathetic ear in Cairo after the election of President Mohamed Mursi.

Israeli political commentators used terms such as â€œbetrayalâ€ and â€œbullet in the back from Uncle Samâ€ when Obama abandoned loyal ally Hosni Mubarak during the popular uprising of 2011.

While some Western leaders voiced unease at the armyâ€™s overthrow of Mursi in July and bloody crackdown on his Muslim Brotherhood, in Israel even Obamaâ€™s mild rebuke to the generals – delaying delivery of four warplanes to Egypt – caused â€œraised eyebrowsâ€ of disapproval, an official there said.

A â€œgag orderâ€ from Netanyahu kept that quiet, however, as Israelâ€™s military kept open the communications with Egyptâ€™s armed forces, not least over militant attacks near their desert border, in a manner that has been the bedrock of the U.S.-brokered peace treaty binding Israel and Egypt since 1979.

Unusually, it was Saudi Arabia which was the more vocally critical of Washingtonâ€™s allies over its Egypt policy.

As U.S. lawmakers toyed with holding back aid to the new military-backed government, Riyadh and its Gulf allies poured in many more billions in aid and loans to Cairo.

And Saudi Arabia told Washington defiantly that it would make up any shortfall if the United States dared to turn off the taps: â€œTo those who have declared they are stopping aid to Egypt or are waving such a threat, the Arab and Muslim nations … will not shy away from offering a helping hand to Egypt,â€ foreign minister Prince Saud said last month.

More quietly, Israel has been engaged in direct discussions with the White House, urging Obama not to waver in support of Egyptâ€™s military and saying it is time to act on Syria.

An official briefed on U.S.-Israeli discussions said Israeli intercepts of Syrian communications were used by Obama administration officials in making their public case that Assad was behind the August 21 gas attacks and must be penalized.

Netanyahu, whose frosty rapport with Obama blossomed into a display of harmony on the presidentâ€™s visit to Israel in March, has ordered his ministers not to criticize Obama publicly after the presidentâ€™s decision to take the Syrian issue to Congress.

A government source said the prime minister told his cabinet on Sunday: â€œWe are in the middle of an ongoing event. It is not over and there are sensitive and delicate issues at play.

â€œThere is no room here for individual comments,â€ he said. â€œIâ€™m asking you not to behave irresponsibly when it comes to our ally, just so you can grab a fleeting headline.â€

That did stop Tzachi Hanegbi, a Netanyahu confidant who sits on parliamentâ€™s defense committee, complaining on Army Radio that Obama had delivered further proof to Iran – and North Korea – that â€œthere is no enthusiasm in the world to deal with their ongoing defiance regarding nuclear weaponryâ€.

Israel clearly hopes still that Congress will give Obama the green light for strikes against Assad but is also likely to be wary of deploying its own lobbying power among lawmakers.

That risks being counter-productive and, in any case, the president has made clear that threats to Israel from Syrian chemical weapons are among his own arguments for war.

Concern in Washington over a go-it-alone Israeli strike on Iran are still strong; Israel is unlikely to use the nuclear warheads it is assumed to possess but any strike on its distant and populous enemy would have unpredictable consequences.

As a result, U.S. leaders have beaten a path to Jerusalem – Obama himself in March but also Secretary of State John Kerry several times, relaunching talks with the Palestinians in the process, and General Martin Dempsey, chairman of the U.S. Joint Chiefs of Staff, who made his third visit to Israel last month.

Gadi Shamni, an Israeli military attache in the United States until last year, said that on the Iranian issue, â€œthere were times when we were in the same book, then the same chapter.

â€œRight now we are on the same page. There is a lot of flow of intelligence and views and understanding.â€

For all the unease that Israel has about Syriaâ€™s rebels, who have at times fired into the Israeli-occupied Golan Heights, it is pushing hard against Assad now after learning to live with the Syrian leader and his father over the past 40 years. One Israeli official said the message from Netanyahu was clear:

â€œThere is a man in nominal control of Syria who is using chemical weapons against civilians. That has to be stopped.â€

That sentiment is echoed in Riyadh. Abdullah al-Askar, chairman of the foreign affairs committee in the Shoura Council, said that U.S. strikes should aim to end Assadâ€™s rule.

Askar, who said he was speaking in a personal capacity, told Reuters: â€œIf the attack is just a punishment to show that the international community will not stand for chemical attacks, Assad will just remain in his place and do his bloody work.

â€œThe second scenario is to finish the business.â€

Mustafa Alani, a Gulf analyst with good connections to Saudi officials, said the kingdom was also warning Washington that a failure to attack Assad would benefit their common enemy al Qaeda: â€œNo action will boost the extremist position,â€ he said, explaining that rebel despair at U.S. inaction on Syria would push more fighters to switch allegiance to Islamist militants.

Paraphrasing what he said was a Saudi argument, Alani said: â€œWithout a punishment of the regime, extremists will enjoy wider support and attract more moderate fighters.â€

Riyadh already shares rebel frustrations with the shortage of U.S. military aid reaching Syria, despite Obamaâ€™s commitment in June to step up assistance after poison gas was first used.

A senior U.S. official spoke of a â€œstable relationshipâ€ with Riyadh â€œon core national security areasâ€. But the official also conceded: â€œWhile we do not agree on every issue, when we have different perspectives we have honest and open discussions.â€

As with Israel over Iran, those are likely to continue.

Robert Jordan, U.S. ambassador to Riyadh in 2001-03, said intelligence chief Prince Bandar bin Sultan and ambassador to Washington Adel Jubeir had been â€œvery outspokenâ€ in their belief the rebels that can be trusted and should get military backing.

How to optimize your health during Ramadan 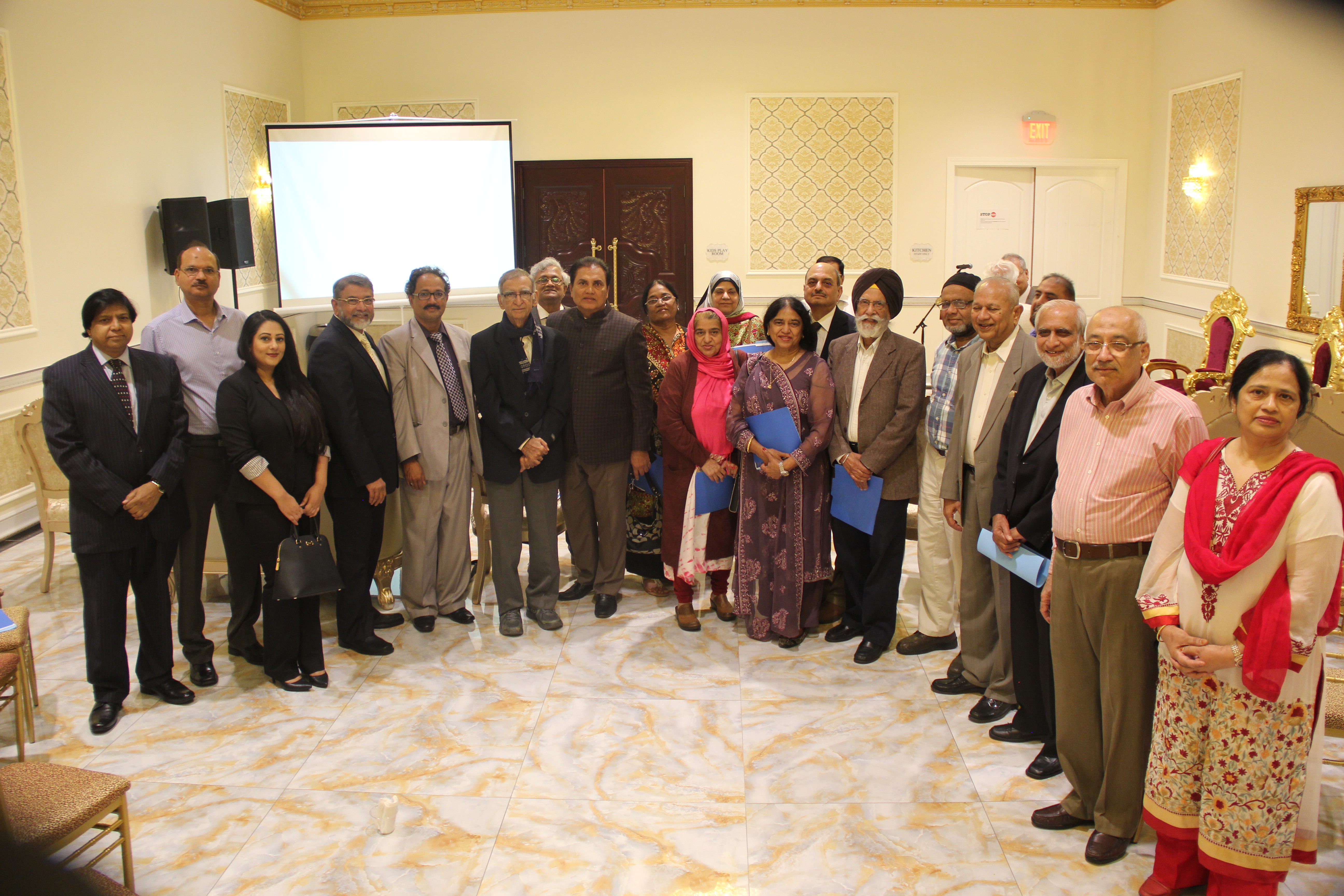