If a gunman enters your mosque …

Run if you can. Hide if you can’t. Fight if you must.

That was some of the advice offered by the Justice Department during its Protecting Houses of Worship Security Summit in Atlanta last month. Georgia’s top federal prosecutors joined an agent from the Federal Bureau of Investigation to discuss how religious communities can defend themselves in an age of mass shootings.

Representatives from Roswell Community Masjid, the Islamic Circle of North America and the Islamic Community Center of Atlanta attended the event, which also attracted members of Atlanta’s Christian and Jewish communities.

The first speakers at the event—including John Horn, the U.S. Attorney for the Northern District of Georgia—focused on legal responses to discrimination and vandalism, including the use of federal laws to prosecute or fine such offenders when states are unwilling or unable to do so.

An official from the Anti-Defamation League also criticized Georgia’s lack of a hate crimes law, which would enhance punishments for crimes inspired by a victim’s race or religion, among other traits.

But the event’s focus on how congregations should respond to an “active shooter event” was of particular interest to the audience, particularly American Muslims, who have faced a persistent surge in hate crimes since 9/11, according to crime statistics presented by the ADL.

“When an active shooter is in your vicinity, you must be prepared both mentally and physically to deal with the situation,” the FBI wrote in a handout given to meeting participants.

First and foremost, the Department said, anyone confronted by an active shooter should run to safety. This means:

But if running away is not an option, the Department advises potential targets to hide from the shooter. Specifically:

Only if no other option remains to protect yourself, the FBI says, should you fight the shooter.

“Fight as a last resort and only when your life is in imminent danger,” the FBI said, adding:

Those injured, hiding or fleeing may not receive immediate assistance from law enforcement, who would immediately confront the shooter to prevent further loss of life.

“The first officers to arrive on scene will not stop to help the injured,” the FBI said. “Expect rescue teams to follow initial officers. These rescue teams will treat and removed the injured.”

For their own safety, survivors might be detained by law enforcement after the shooting.

“Once you have reached a safe location, you will likely be held in that area by law enforcement until the situation is under control, and all witnesses have been identified and questioned. Do not leave the area until law enforcement authorities have instructed you to do so.”

The Justice Department also advised all houses of worship to develop an emergency action plan, including a pre-set escape route, and share that plan with their congregations.

Different mosques in Georgia already have different levels of security. Some use cameras 24/7 cameras. Some keep their doors locked. Some hire armed security to stand guard during events that attract large crowds, such as interfaith dinners, Jum’ah and Eid. Others allow members who are licensed gun owners to bring their firearms during daily visits to the mosque.

Indeed, as one Muslim attendee said, perhaps the best thing that any house of worship can do is pray for the best and prepare for the worst.

Editor’s note: Edward Ahmed Mitchell is an Atlanta attorney who serves as Copy Editor of AtlantaMuslim.com. A former freelance reporter with the Atlanta Journal-Constitution, Edward also serves as a member of the Board of Trustees of the Islamic Community Center of Atlanta. Edward received his undergraduate degree from Morehouse College and his graduate degree from Georgetown University, where he served as president of the law school’s Muslim Students Association. Follow him on Twitter @edmovie. His views are solely his own. 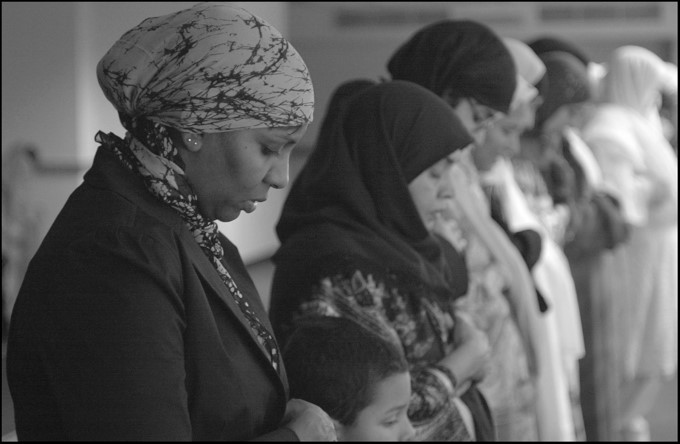 The Future of Israel?