How the Arabs Turned Shame Into Liberty

PERHAPS this Arab Revolution of 2011 had a scent for the geography of grief and cruelty. It erupted in Tunisia, made its way eastward to Egypt, Yemen and Bahrain, then doubled back to Libya. In Tunisia and Egypt political freedom seems to have prevailed, with relative ease, amid popular joy. Back in Libya, the counterrevolution made its stand, and a despot bereft of mercy declared war against his own people.

In the calendar of Muammar el-Qaddafiâ€™s republic of fear and terror, Sept. 1 marks the coming to power, in 1969, of the officers and conspirators who upended a feeble but tolerant monarchy. Another date, Feb. 17, will proclaim the birth of a new Libyan republic, a date when a hitherto frightened society shed its quiescence and sought to topple the tyranny of four decades. There is no middle ground here, no splitting of the difference. It is a fight to the finish in a tormented country. It is a reckoning as well, the purest yet, with the pathologies of the culture of tyranny that has nearly destroyed the world of the Arabs.

The crowd hadnâ€™t been blameless, it has to be conceded. Over the decades, Arabs took the dictatorsâ€™ bait, chanted their names and believed their promises. They averted their gazes from the great crimes. Out of malice or bigotry, that old â€œArab streetâ€ â€” farewell to it, once and for all â€” had nothing to say about the terror inflicted on Shiites and Kurds in Iraq, for Saddam Hussein was beloved by the crowds, a pan-Arab hero, an enforcer of Sunni interests.

Nor did many Arabs take notice in 1978 when Imam Musa al-Sadr, the leader of the Shiites of Lebanon, disappeared while on a visit to Libya. In the lore of the Arabs, hospitality due a guest is a cardinal virtue of the culture, but the crime has gone unpunished. Colonel Qaddafi had money to throw around, and the scribes sang his praise.

Colonel Qaddafi had presented himself as the inheritor of the legendary Egyptian strongman Gamal Abdel Nasser. He had written, it was claimed, the three-volume Green Book, which by his lights held a solution for all the problems of governance, and servile Arab intellectuals indulged him, pretending that the collection of nonsensical dictums could be given serious reading.

To understand the present, we consider the past. The tumult in Arab politics began in the 1950s and the 1960s, when rulers rose and fell with regularity. They were struck down by assassins or defied by political forces that had their own sources of strength and belief.

Monarchs were overthrown with relative ease as new men, from more humble social classes, rose to power through the military and through radical political parties.

By the 1980s, give or take a few years, in Egypt, Syria, Iraq, Libya, Algeria and Yemen, a new political creature had taken hold: repressive â€œnational security statesâ€ with awesome means of control and terror.

The new men were pitiless, they re-ordered the political world, they killed with abandon; a world of cruelty had settled upon the Arabs.

Average men and women made their accommodation with things, retreating into the privacy of their homes. In the public space, there was now the cult of the rulers, the unbounded power of Saddam Hussein and Muammar el-Qaddafi and Hafez al-Assad in Syria and Zine el-Abidine Ben Ali in Tunisia. The traditional restraints on power had been swept away, and no new social contract between ruler and ruled had emerged.

Fear was now the glue of politics, and in the more prosperous states (the ones with oil income) the rulerâ€™s purse did its share in the consolidation of state terror. A huge Arab prison had been constructed, and a once-proud people had been reduced to submission. The prisoners hated their wardens and feared the guards, and on the surface of things, the autocracies were there to stay.

Yet, as they aged, the coup-makers and political plotters of yesteryear sprouted rapacious dynasties; they became â€œcountry owners,â€ as a distinguished liberal Egyptian scholar and diplomat once put it to me.

These were Oriental courts without protocol and charm, the wives and the children of the rulers devouring all that could be had by way of riches and vanity.

Shame â€” a great, disciplining force in Arab life of old â€” quit Arab lands. In Tunisia, a hairdresser-turned-despotâ€™s wife, Leila Ben Ali, now pronounced on all public matters; in Egypt the despotâ€™s son, Gamal Mubarak, brazenly staked a claim to power over 80 million people; in Syria, Hafez al-Assad had pulled off a stunning feat, turning a once-rebellious republic into a monarchy in all but name and bequeathing it to one of his sons.

These rulers hadnâ€™t descended from the sky. They had emerged out of the Arab worldâ€™s sins of omission and commission. Todayâ€™s rebellions are animated, above all, by a desire to be cleansed of the stain and the guilt of having given in to the despots for so long. Elias Canetti gave this phenomenon its timeless treatment in his 1960 book â€œCrowds and Power.â€ A crowd comes together, he reminded us, to expiate its guilt, to be done, in the presence of others, with old sins and failures.

There is no marker, no dividing line, that establishes with a precision when and why the Arab people grew weary of the dictators. To the extent that such tremendous ruptures can be pinned down, this rebellion was an inevitable response to the stagnation of the Arab economies. The so-called youth bulge made for a combustible background; a new generation with knowledge of the world beyond came into its own.

Then, too, the legends of Arab nationalism that had sustained two generations had expired. Younger men and women had wearied of the old obsession with Palestine. The revolution was waiting to happen, and one deed of despair in Tunisia, a street vendor who out of frustration set himself on fire, pushed the old order over the brink.

And so, in those big, public spaces in Tunis, Cairo and Manama, Bahrain, in the Libyan cities of Benghazi and Tobruk, millions of Arabs came together to bid farewell to an age of quiescence. They were done with the politics of fear and silence.

Every day and every gathering, broadcast to the world, offered its own memorable image. In Cairo, a girl of 6 or 7 rode her skateboard waving the flag of her country. In Tobruk, a young boy, atop the shoulders of a man most likely his father, held a placard and a message for Colonel Qaddafi: â€œIrhall, irhall, ya saffah.â€ (â€œBe gone, be gone, O butcher.â€)

In this tumult, I was struck by the chasm between the incoherence of the rulers and the poise of the many who wanted the outside world to bear witness. A Libyan of early middle age, a professional and a diabetic, was proud to speak on camera, to show his face, in a discussion with CNNâ€™s Anderson Cooper. He was a new man, he said, free of fear for the first time, and he beheld the future with confidence.

The precision in his diction was a stark contrast to Colonel Qadaffiâ€™s rambling TV address on Tuesday that blamed the â€œArab mediaâ€ for his ills and called on Libyans to â€œprepare to defend petrol.â€

In the tyrantâ€™s shadow, unknown to him and to the killers and cronies around him, a moral clarity had come to ordinary men and women. They were not worried that a secular tyranny would be replaced by a theocracy; the specter of an â€œIslamic emirateâ€ invoked by the dictator did not paralyze or terrify them.

There is no overstating the importance of the fact that these Arab revolutions are the works of the Arabs themselves. No foreign gunboats were coming to the rescue, the cause of their emancipation would stand or fall on its own. Intuitively, these protesters understood that the rulers had been sly, that they had convinced the Western democracies that it was either the tyrantsâ€™ writ or the prospect of mayhem and chaos.
So now, emancipated from the prison, they will make their own world and commit their own errors. The closest historical analogy is the revolutions of 1848, the Springtime of the People in Europe. That revolution erupted in France, then hit the Italian states and German principalities, and eventually reached the remote outposts of the Austrian empire. Some 50 local and national uprisings, all in the name of liberty.

Massimo dâ€™Azeglio, a Piedmontese aristocrat who was energized by the spirit of those times, wrote what for me are the most arresting words about libertyâ€™s promise and its perils: â€œThe gift of liberty is like that of a horse, handsome, strong and high-spirited. In some it arouses a wish to ride; in many others, on the contrary, it increases the urge to walk.â€ For decades, Arabs walked and cowered in fear. Now they seem eager to take freedomâ€™s ride. Wisely, they are paying no heed to those who wish to speak to them of libertyâ€™s risks.
Fouad Ajami, a professor at the Johns Hopkins School of Advanced International Studies and a senior fellow at the Hoover Institution, is the author of â€œThe Foreignerâ€™s Gift: The Americans, the Arabs and the Iraqis in Iraq.â€ 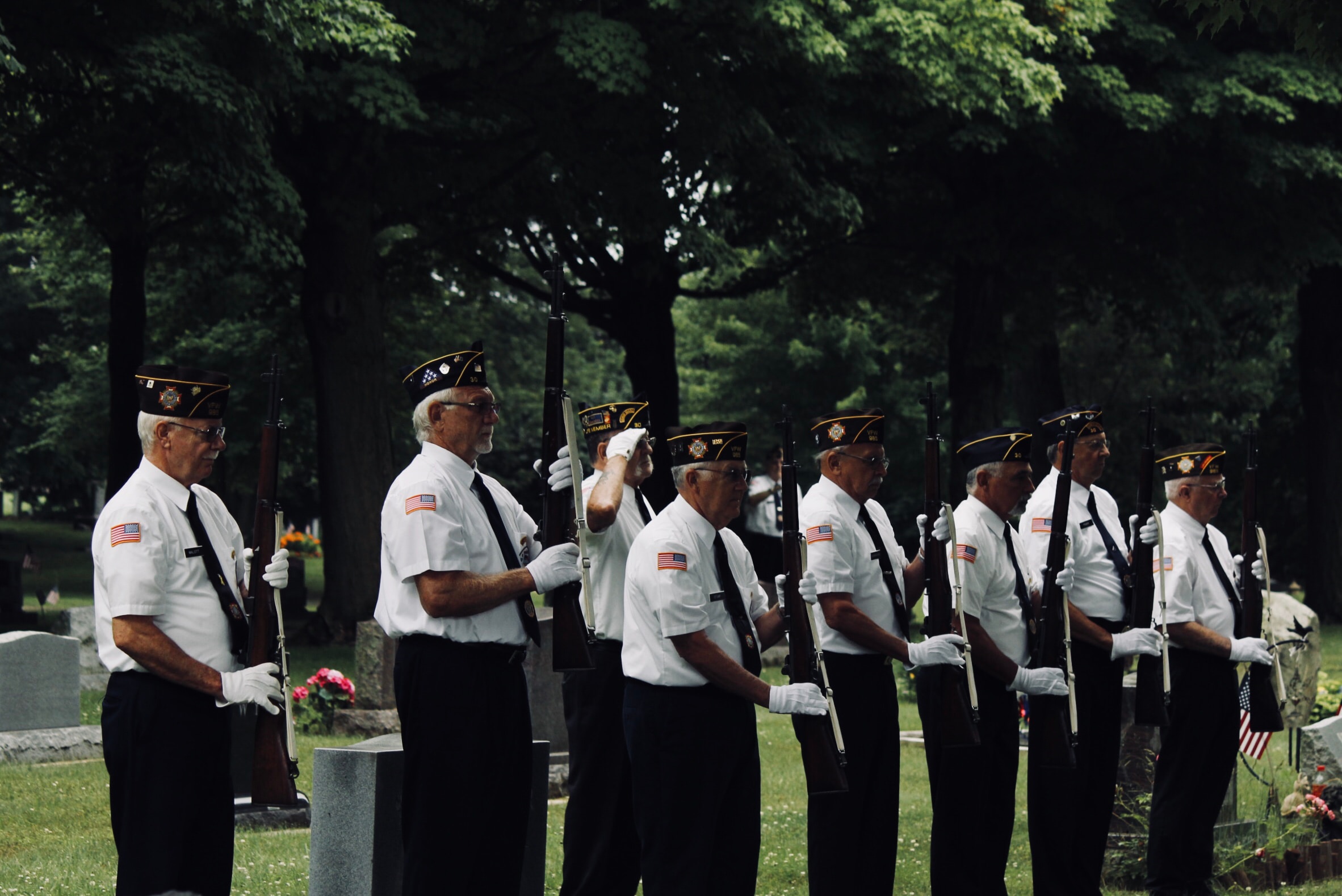 Do Blue Lives Matter to the GOP?

America Has Word’s Largest Prison Population
By Elder George In my last article I listed 7 major issues affecting society; for the next 7 weeks I…

My prayer: Iran deal will help millennials in US and Iran bridge the divides

© 2020 MuslimObserver.com, All Rights Reserved
Islam – A Religion Of Happiness, Contentment, Progressiveness, And Pe... “Ferrari World” Rolls Out in Abu Dhabi
Scroll to top