How I Came to Love the Veil

Pictured above: Kashmiri Muslim women pray next to the wall of Kashmirs Jamia Masjid on the last Friday of the Islamic fasting month of Ramadan in Srinagar October 20, 2006. REUTERS/Fayaz Kabli.

LONDON–I used to look at veiled women as quiet, oppressed creatures–until I was captured in Afghanistan. In September 2001, just 15 days after the terrorist attacks on the United States, I snuck into Afghanistan, clad in a head-to-toe blue burqa, intending to write a newspaper account of life under the repressive regime. Instead, I was discovered, arrested and detained for 10 days. I spat and swore at my captors; they called me a â€œbadâ€ woman but let me go after I promised to read the Koran and study Islam. (Frankly, Iâ€™m not sure who was happier when I was freed — they or I.)

Back home in London, I kept my word about studying Islam — and was amazed by what I discovered. Iâ€™d been expecting Koran chapters on how to beat your wife and oppress your daughters; instead, I found passages promoting the liberation of women. Two-and-a-half years after my capture, I converted to Islam, provoking a mixture of astonishment, disappointment and encouragement among friends and relatives.

Now, it is with disgust and dismay that I watch here in Britain as former foreign secretary Jack Straw describes the Muslim nikab — a face veil that reveals only the eyes — as an unwelcome barrier to integration, with Prime Minister Tony Blair, writer Salman Rushdie and even Italian Prime Minister Romano Prodi leaping to his defense.

Having been on both sides of the veil, I can tell you that most Western male politicians and journalists who lament the oppression of women in the Islamic world have no idea what they are talking about. They go on about veils, child brides, female circumcision, honor killings and forced marriages, and they wrongly blame Islam for all this — their arrogance surpassed only by their ignorance.

These cultural issues and customs have nothing to do with Islam. A careful reading of the Koran shows that just about everything that Western feminists fought for in the 1970s was available to Muslim women 1,400 years ago. Women in Islam are considered equal to men in spirituality, education and worth, and a womanâ€™s gift for childbirth and child-rearing is regarded as a positive attribute.

When Islam offers women so much, why are Western men so obsessed with Muslim womenâ€™s attire? Even British ministers Gordon Brown and John Reid have made disparaging remarks about the nikab–and they hail from across the Scottish border, where men wear skirts.

When I converted to Islam and began wearing a headscarf, the repercussions were enormous. All I did was cover my head and hair–but I instantly became a second-class citizen. I knew Iâ€™d hear from the odd Islamophobe, but I didnâ€™t expect so much open hostility from strangers. Cabs passed me by at night, their â€œfor hireâ€ lights glowing. One cabbie, after dropping off a white passenger right in front of me, glared at me when I rapped on his window, then drove off. Another said, â€œDonâ€™t leave a bomb in the back seatâ€ and asked, â€œWhereâ€™s bin Laden hiding?â€

Yes, it is a religious obligation for Muslim women to dress modestly, but the majority of Muslim women I know like wearing the hijab, which leaves the face uncovered, though a few prefer the nikab. It is a personal statement: My dress tells you that I am a Muslim and that I expect to be treated respectfully, much as a Wall Street banker would say that a business suit defines him as an executive to be taken seriously. And, especially among converts to the faith like me, the attention of men who confront women with inappropriate, leering behavior is not tolerable.

I was a Western feminist for many years, but Iâ€™ve discovered that Muslim feminists are more radical than their secular counterparts. We hate those ghastly beauty pageants, and tried to stop laughing in 2003 when judges of the Miss Earth competition hailed the emergence of a bikini-clad Miss Afghanistan, Vida Samadzai, as a giant leap for womenâ€™s liberation. They even gave Samadzai a special award for â€œrepresenting the victory of womenâ€™s rights.â€

Some young Muslim feminists consider the hijab and the nikab political symbols, too, a way of rejecting Western excesses such as binge drinking, casual sex and drug use. What is more liberating: being judged on the length of your skirt and the size of your surgically enhanced breasts, or being judged on your character and intelligence? In Islam, superiority is achieved through piety — not beauty, wealth, power, position or sex.

I didnâ€™t know whether to scream or laugh when Italyâ€™s Prodi joined the debate last week by declaring that it is â€œcommon senseâ€ not to wear the nikab because it makes social relations â€œmore difficult.â€ Nonsense. If this is the case, then why are cellphones, landlines, e-mail, text messaging and fax machines in daily use? And no one switches off the radio because they canâ€™t see the presenterâ€™s face.

Under Islam, I am respected. It tells me that I have a right to an education and that it is my duty to seek out knowledge, regardless of whether I am single or married. Nowhere in the framework of Islam are we told that women must wash, clean or cook for men. As for how Muslim men are allowed to beat their wives — itâ€™s simply not true. Critics of Islam will quote random Koranic verses or hadith, but usually out of context. If a man does raise a finger against his wife, he is not allowed to leave a mark on her body, which is the Koranâ€™s way of saying, â€œDonâ€™t beat your wife, stupid.â€

It is not just Muslim men who must reevaluate the place and treatment of women. According to a recent National Domestic Violence Hotline survey, 4 million American women experience a serious assault by a partner during an average 12-month period. More than three women are killed by their husbands and boyfriends every day — that is nearly 5,500 since 9/11.

Violent men donâ€™t come from any particular religious or cultural category; one in three women around the world has been beaten, coerced into sex or otherwise abused in her lifetime, according to the hotline survey. This is a global problem that transcends religion, wealth, class, race and culture.

But it is also true that in the West, men still believe that they are superior to women, despite protests to the contrary. They still receive better pay for equal work — whether in the mailroom or the boardroom — and women are still treated as sexualized commodities whose power and influence flow directly from their appearance.

And for those who are still trying to claim that Islam oppresses women, recall this 1992 statement from the Rev. Pat Robertson, offering his views on empowered women: Feminism is a â€œsocialist, anti-family political movement that encourages women to leave their husbands, kill their children, practice witchcraft, destroy capitalism and become lesbians.â€

Now you tell me who is civilized and who is not. 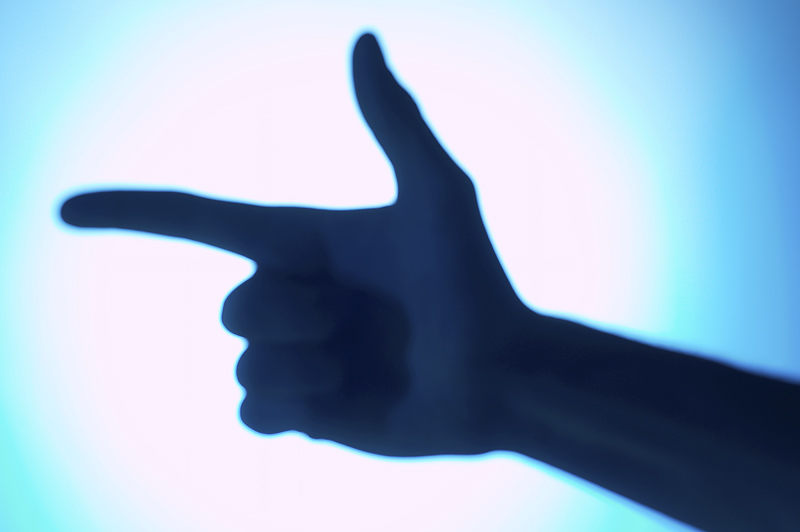