The largest one community Islamic Organization in USA, the Islamic Society of Greater Houston (ISGH), has elections for various office bearers every year. Usually the last Sunday of November is Early Voting Day and first Sunday of December is actual Voting Day.

This time after several years some of the positions have only one candidate and also some persons, who used to hold higher positions in previous years, are up as candidates for minor level positions. These trends show lack of interest in the newer generation and fresh blood to become office bearers of ISGH.

PCC-USA: Positive Sign – At Last There May Be Elections on December 21st, 2011

Pakistan Chamber of Commerce USA (PCC-USA) is a leading association of Pakistani entrepreneurs in USA, with Chapters in Houston, San Diego, and New York. Fifty founding members Advisory Council, under the leadership of Dr. Ashraf Abbasi, established PCC-USA as a premier business organization in Houston, Texas, on August 14, 1997 to coincide with the Golden Jubilee of Pakistan Independence Day.

This Year 2011 may become the first, when some of the office bearers of PCC-USA will be elected after actual voting, as in the past, usually all the executive council positions used to be filled with only one nominated persons; and as such elected unopposed.

December 06th is the last day to withdraw the name from nominations and our correspondent has learned that this year, there is every chance that at least on three positions, there will be elections (of course if names are withdrawn, there will be no elections).

According to the communiquÃ© received from Rashid Khokhar, Chairman PCC-USA Election Commission (other members being GulFaraz Khan and Zubair Ashraf), elections are for these PCC-USA positions will be held at the annual meeting of Wednesday, December 21st, 2011, with opportunity to withdraw the names by 11pm., Tuesday, December 06th, 2011: 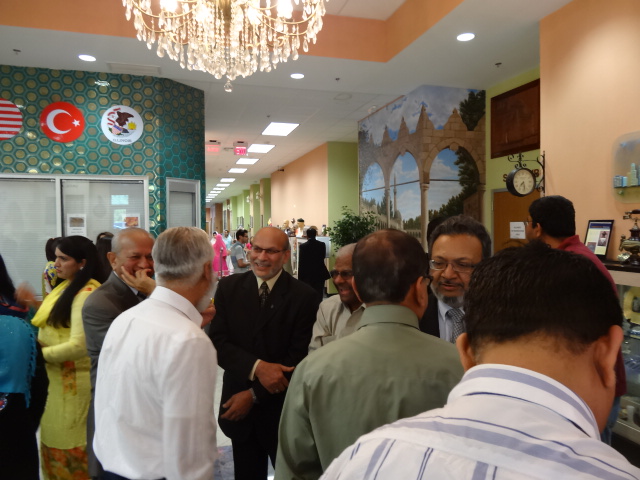 ACCESS Executive Director to Give Leadership Lesson at Wayne State

© 2020 MuslimObserver.com, All Rights Reserved
Community News (V13-I49) Beauty Within Me
Scroll to top