By Erik Cleven and Sean Curtis
The Conversation

A girl holds a candle during a vigil for the girls who were abducted from a secondary school in Chibok, on the anniversary of their abduction in Abuja April 14. Afolabi Sotunde / Reuters

On the night of April 14-15, 2014, the northern Nigerian militant group Boko Haram raided the small town of Chibok in Borno State, Nigeria. Over 200 schoolgirls were abducted and spirited away to unknown locations.

A year later, despite a world-wide outcry, the 219 girls are still missing. While their fate remains unknown, the status of group that abducted them has changed significantly.

On March 7, 2015, Boko Haram pledged allegiance to the ISIS, but this action remains largely symbolic. One month later on April 5, however, Nigeria held elections and set an example for the rest of Africa when incumbent Goodluck Jonathan conceded defeat to Muhammadu Buhari, ensuring a peaceful transfer of power. Buhari ran on a platform committed to eliminating Boko Haram but it remains to be seen whether he can achieve that goal. Buhari has stated that he can’t promise to find the girls.

Nigeria’s previously ineffective actions against Boko Haram, led neighboring countries such as Chad and Niger to take military action alongside Nigerian forces to combat the threat which has now begun to spread outside of northern Nigeria. Now Boko Haram has been weakened and is losing ground.

While the social media campaign entitled #BringBackOurGirls increased awareness of Nigeria in the US, these efforts went mostly for naught. The girls and to some extent Boko Haram, have slowly slipped from the radar of major American media outlets. Even Buhari’s election is unlikely to revive the interest of Americans and Europeans in Boko Haram or encourage the US government to become more involved in the Nigeria conflict.

The difficult task ahead

But will a stronger coalition and a new president be able to rescue the Chibok girls? It grows more unlikely each day that passes without their rescue. The girls who haven’t yet been sold into the sex or domestic servant trade may be dead or stashed away deep in the recesses of Boko Haram-controlled territory, with the organization more than willing to kill the schoolgirls or use them in negotiations if they are pushed back by the coalition.

Buhari’s promise to put as much effort as possible into finding the girls will be a difficult pledge for military forces to fulfill. Weakening Boko Haram’s military position is one thing; rescuing the girls alive from the insurgent’s camps, maybe in multiple locations, is quite another.

Coalition forces might ramp up security and investigation efforts on Nigeria’s borders and surrounding states to try to trace where the girls may have been moved or sold. Neither is an easy proposition.

Either method requires Buhari to fulfill promises of routing out corruption and inefficiency in the Nigerian government and military. This Herculean task will not be completed quickly.

Furthermore, Buhari faces high expectations from his constituents, including strengthening the Nigerian economy in the face of low oil prices. Certainly, economic development is a sure way to make political violence less likely, but in a country with years of insurgency, political violence, and terrorism it can be difficult to escape the “conflict trap” and put an end to violence from groups like Boko Haram.

A perceived inequitable distribution of economic growth may also fuel terrorism or other forms of violence but repressive tactics that threaten democratic avenues of expression can also stimulate violence and discontent.

In other words, repressing violent groups like Boko Haram and stimulating the Nigerian economy are accompanied by a certain amount of risk, especially in a country like Nigeria where democracy is not fully consolidated.

Moving on from Chibok

Increased kidnappings and attacks on women and children along with allegiance to ISIS demonstrate Boko Haram’s need to adapt to changing circumstances in a highly localized conflict. These attacks are based on desperation to stay relevant and successful as leader Abubakar Shekau’s violent charisma is one of the few legs left for the terror group to stand on.

Nigeria’s new government may be able to exploit these weaknesses.

Nigeria needs to acknowledge that kidnapped individuals, much like those captured by ISIS in the Middle East, are unlikely to be seen alive again.

Rather than dwelling on the security failures of the Jonathan regime, however, the schoolgirls could become a renewed source of inspiration for anti-corruption and anti-Boko Haram efforts in the region. A rallying cry for a new path forward can be created by resurrecting the memories of one of Boko Haram’s most unforgettable attacks.

Editor’s Note: This article originally appeared on TheConversation.com and is reprinted here with permission. All views expressed here are solely those of the authors. 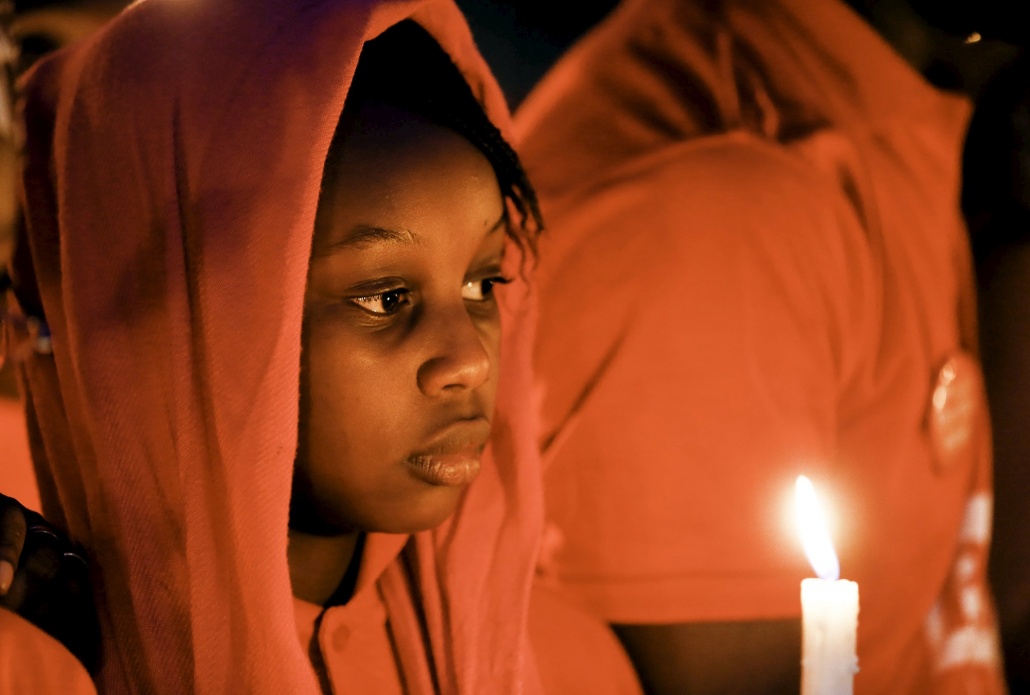 Top Ten Myths about Iraq 2007
Courtesy Juan Cole, President of the Global Americana Institute 10. Myth: The US public no longer sees Iraq as a…

© 2020 MuslimObserver.com, All Rights Reserved
‘Pretend to be a Muslim’ school assignment OK?